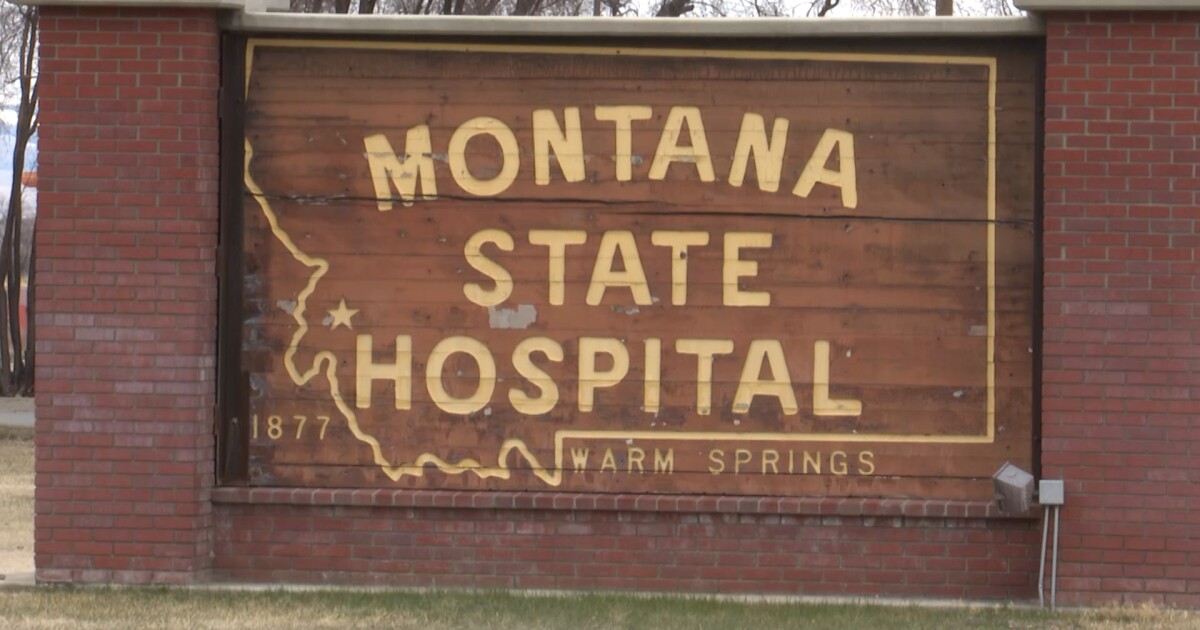 The U.S. Centers for Medicare and Medicaid revoked the state hospital’s accreditation earlier this year, marking another cut for a facility that was still stuck as a result of a series of budget cuts in 2017. Leadership changes and a chronic hiring problem are hurting hospital morale. causes declines when employees complain about a lack of training and support from management. The state hospital in Warm Springs isn’t producing the patient outcomes the state wants, Jones said.

However, data shows that patients do better in smaller, regional facilities, Jones said.

“Looking at the situation in Warm Springs,” Jones said. “To take care of those people who are struggling with mental problems, seriously mentally ill, we may be able to use some of these (one-time) dollars to make this system more regional.”

By making a major investment in Montana’s mental health network during the upcoming session, Jones said the state would bear the burden of solving this problem for future generations. If done right, Jones says the state will end up spending fewer dollars, resulting in a permanent tax cut going forward, rather than a one-time cut.

“A regional system of smaller healthcare facilities spread across Montana would be a dramatic improvement for people with mental illness,” Tenenbaum said. “And also for their loved ones, who want the best possible care for them.”

Jesse Mullen, who is running to represent the Montana state senate district that includes the state hospital, said he is wary of Jones’ plan because Jones discussed reducing funds to Warm Springs.

“We definitely need comprehensive mental health care throughout Montana,” Mullen said. “That doesn’t mean we should cut resources at the state hospital. If he were to say now, ‘Let’s regionalize mental health while also supporting Warm Springs,’ I would totally agree with him.”

The discussion of what to do with the mental health and state hospital will require a vigorous discussion at the next session, Jones said. Lawmakers will have to hold multiple hearings before the committee, looking at unintended consequences of the plan and figuring out how the Warm Springs facility would fit into the plan, Jones said.

State Representative Ed Stafman chairs the state legislature’s interim health commission. Stafman said he was pleased to hear that Jones plans to fund better mental health services in the next session, but from Stafman’s perspective, the state and the Department of Health and Human Services can’t wait to give Warm Springs the money it needs. has to function.

“The department is very interested in studying hot springs and studying tariff structures,” Stafman said. “But it’s not enough if your house is on fire. We need to act now and god knows we have the money.”

In its July letter to Governor Greg Gianforte, the interim commission asked the state to increase reimbursement rates for Medicaid providers this fiscal year because, according to the letter, “Our mental health system will only deteriorate further if health care providers have another years for a significant increase in rates.”

Stafman said he would relay the governor’s response to lawmakers at the committee’s last meeting on Aug. 26.