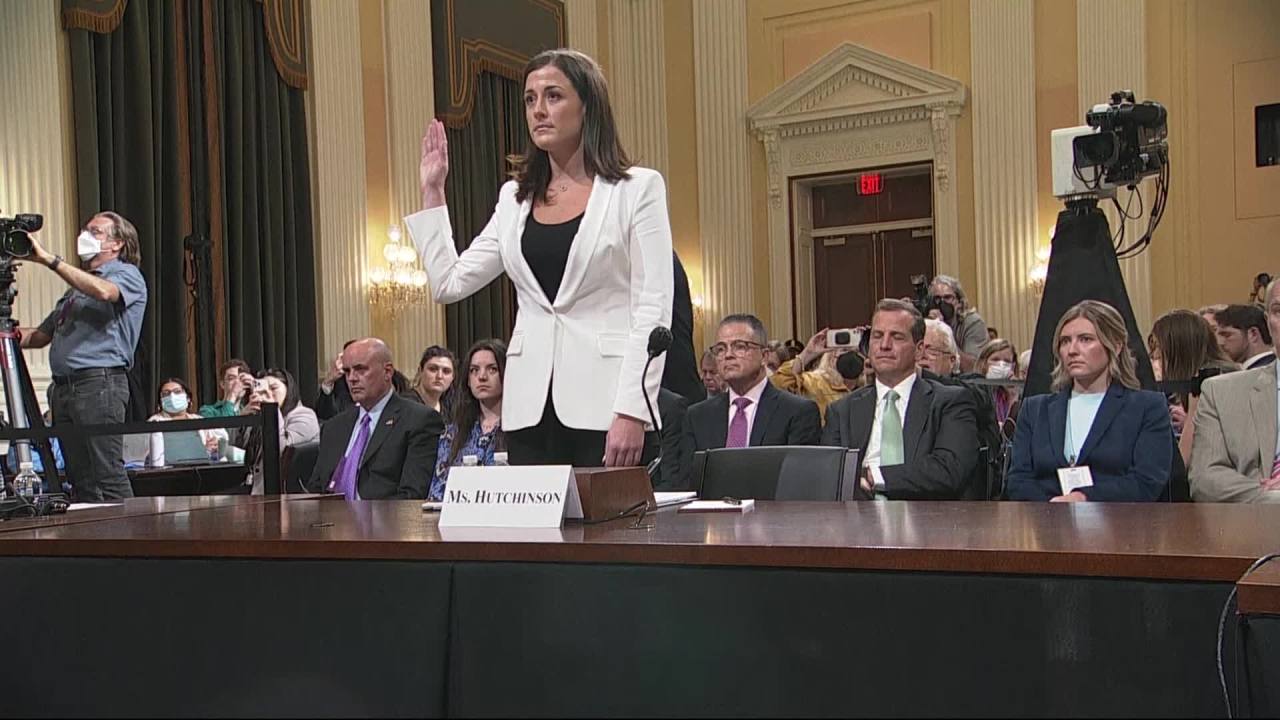 WASHINGTON (NEXSTAR) – Tuesday’s hearing included testimony from a senior aide to former Chief of Staff Mark Meadows, who said she was disappointed with what she witnessed.

“The president said something like, ‘I’m the outgoing president. Take me to the capital now,” Cassidy Hutchinson said.

On Tuesday, Hutchinson described how former President Donald Trump became aggressive when his Secret Service refused to take him to the Capitol on Jan. 6.

Leading up to the riots, the commission said the DC Metropolitan Police saw several individuals with firearms.

During the hearing, audio was heard: “And under the blue denim jacket, the complainants both saw an AR-15”, “That person’s weapon on his right hip”, “I have three men walking down the street in uniform with AR-15.”

But Hutchinson said Trump was angry that metal detectors were being used to prevent armed supporters from attending his rally.

“I don’t care if they don’t have guns, they’re not here to hurt me. Take the f’ing mags away,” Hutchinson said.

Watching the riots play out on television, Hutchinson said Meadows was emotionless.

“He almost had a lack of response,” Hutchinson said.

But Hutchinson said she was disgusted when Trump tweeted that former Vice President Mike Pence lacked the courage to do what should have been done.

“It was unpatriotic. It was un-American. We watched as the Capitol was defaced for a lie,”
Hutchinson also said Meadows asked for a pardon from the former president.