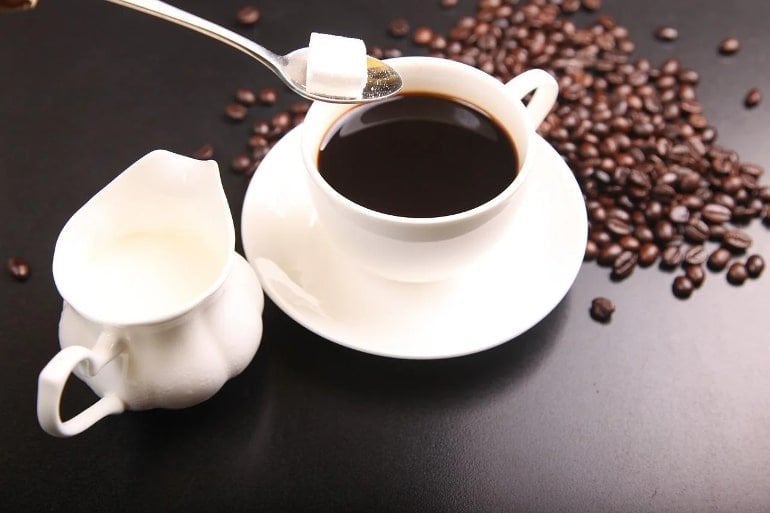 A cohort study found that adults who drank moderate amounts (1.5 to 3.5 cups per day) of unsweetened or sugar-sweetened coffee, compared with non-coffee drinkers, were less likely to die over a 7-day follow-up period. year.

The results for those who used artificial sweeteners were less clear.

The findings are published in Annals of Internal Medicine.

Previous studies that observed the health effects of coffee have shown that coffee consumption is associated with a lower risk of death, but no distinction was made between unsweetened coffee and coffee consumed with sugar or artificial sweeteners.

Researchers from the Southern Medical University in Guangzhou, China, used data from the UK Biobank Health Behavior Questionnaire to evaluate the associations of consumption of sugar-sweetened, artificially sweetened and unsweetened coffee with all-cause and all-cause mortality.

More than 171,000 participants from the UK with no known heart disease or cancer were asked various questions about diet and health behavior to determine coffee consumption habits.

Any accompanying editorial from the editors of Annals of Internal Medicine notes that while coffee may have properties that enable health benefits, confounding variables, including harder-to-measure differences in socioeconomic status, diet and other lifestyle factors, could influence the findings.

The authors add that the participant data is at least 10 years old and comes from a country where tea is an equally popular beverage.

They warn that the average amount of daily sugar per cup of coffee recorded in this analysis is much lower than specialty drinks in popular coffee chain restaurants, and many coffee consumers may be drinking it instead of other drinks, making comparisons with non-drinkers more difficult. makes .

Based on this data, clinicians can tell their patients that most coffee drinkers don’t need to cut the drink from their diet, but should be careful with higher calorie specialty coffees.

About this coffee and death research news

Closed access.
“The Potential Health Benefit of Coffee: Does a Spoonful of Sugar Make It All Go Away?” by Christina C. Wee. Annals of Internal Medicine

To evaluate the associations of consumption of sugar-sweetened, artificially sweetened, and unsweetened coffee with all-cause and all-cause mortality.

Data were extracted from the UK Biobank.

A total of 171 616 participants (mean age, 55.6 years [SD, 7.9]) without cardiovascular disease (CVD) or cancer at baseline were eligible. Baseline demographic, lifestyle and nutritional data from the UK Biobank were used, with follow-up commencing in 2009 and ending in 2018.

Exposure assessed at baseline may not reflect changes in intake over time.

Moderate consumption of unsweetened and sugar-sweetened coffee was associated with a lower risk of death.

The Potential Health Benefit of Coffee: Does a Spoonful of Sugar Make It All Go Away?

Coffee is one of the most consumed beverages and there has long been an interest in understanding its health effects.

According to an estimate of 2022, Americans will drink 517 million cups of coffee a day, and 66% of Americans surveyed said they drank coffee in the past day.

Much of the data to date on the health effects of coffee is based on observational studies, and these – including 2 previous studies published in 2017 by Annals by Gunter and colleagues and Park and colleagues – suggest a U-shaped relationship between coffee consumption and all-cause mortality and other health outcomes; those who consume moderate amounts of coffee daily.