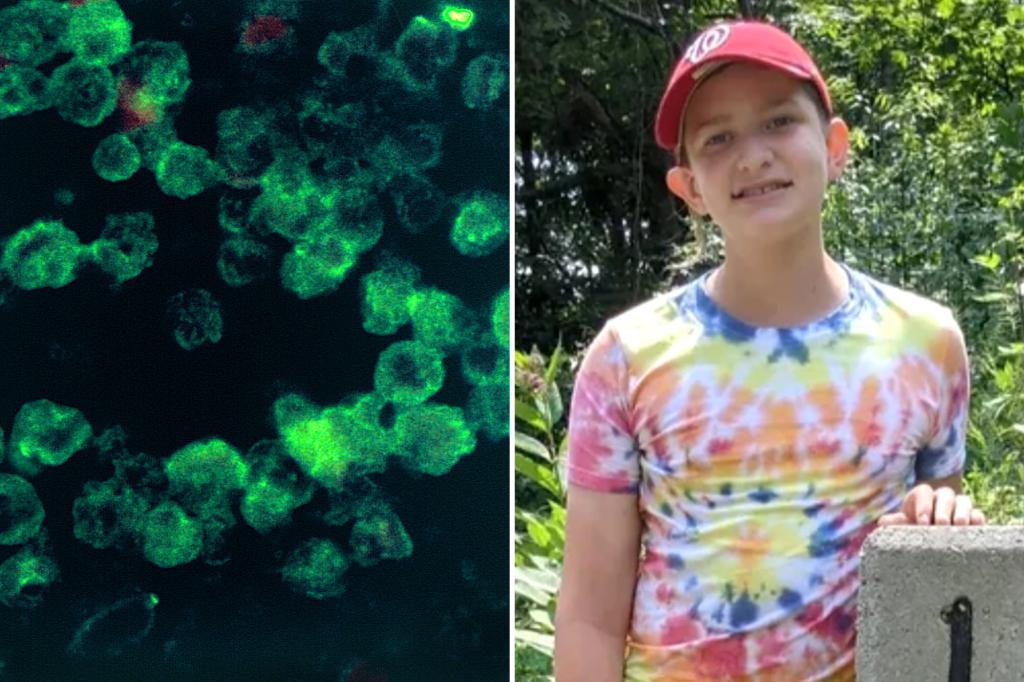 A 13-year-old boy has been hospitalized after contraction Naegleria fowleric – a deadly brain-eating amoeba – after swimming in Florida.

Caleb Ziegelbauer contracted the life-threatening infection while swimming in Port Charlotte Beach on July 1, according to a GoFundMe page.

Five days later, he complained of a headache, followed by fever and disorientation.

He was rushed to a hospital where he was diagnosed with meningitis and placed on the PICU, according to the page. Doctors later confirmed that the amoeba caused his illness.

“He’s just the kindest soul, but he’s so strong. He’s so strong. Just like the fighting on the outside, that’s what we do,” another aunt, Elizabeth Ziegelbauer, told the NBC station. “He fights his little heart from the inside out.”

Chiet said Caleb showed symptoms for a few days before the family realized that the water he swam in was causing the amoeba.

“He began receiving CDC protocol to treat the amoeba on July 10,” Chiet wrote in the GoFundMe post.

“He needed a short period of sedation and intubation, but has been breathing on his own for almost a full week now!” the update went through. “His 20-7 MRI scan continues to show damage to his brain left by the amoeba, but we remain hopeful that he will turn the corner and come back to us soon.”

According to the Centers for Disease Control and Prevention, Naegleria fowleric is a rare disease that is almost always fatal, with only four of 154 people in the US surviving the infection from 1962 to 2021.

It causes a rare and almost always fatal infection of the brain called primary amebic meningoencephalitis.

Humans can become infected when water with the amoeba enters the nose and migrates to the brain. Symptoms generally begin one to nine days after exposure, and many people die within 18 days of showing symptoms, according to the CDC.

Earlier this month, a freshwater beach in Iowa was shut down when a Missouri woman swimming there became infected with the amoeba.