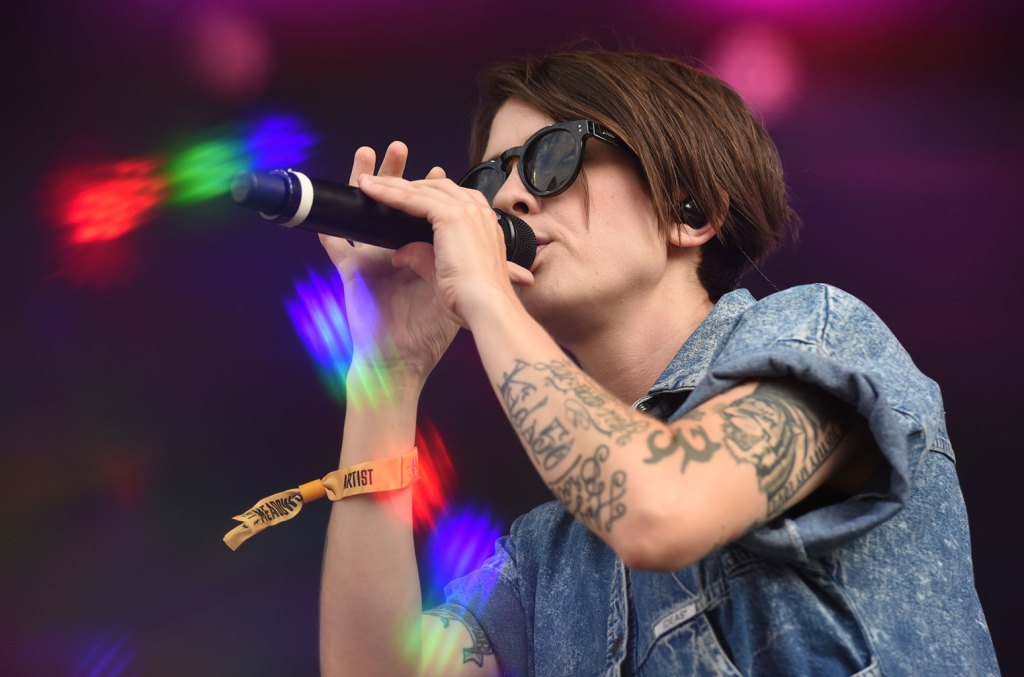 Tegan and Sara’s Sara Quin revealed her brand new baby with her partner on Tuesday (Aug. 2) via the band’s official social media.

Without showing off the newborn’s face, the singer posted a mirrored selfie wearing an oversized knit sweater with a giant yellow smiley face on the front as she cradled the baby on her shoulder. “My #crybaby” she captioned the snap in a clever reference to the duo’s upcoming 11th album, which also bears the title crybaby.

The identical twins signed a new record deal with Mom + Pop Music last April ahead of their upcoming album. The LP will be released on October 21 and will contain the singles ‘F–king Up What Matters’ and ‘Yellow’. The move to Mom + Pop also reunites Tegan and Sara with Michael Goldstone, who first signed them to Sire/Warner Records in 2006 before abruptly leaving for the indie label before actually being able to work with the pair.

In January, Tegan and Sara sat down for an exclusive interview with Billboard all about their new Substack newsletter, “I Think We’re Alone Now” and featured on their 10th studio set Still Jealous, which was released in February. “The people who love Tegan and Sara treat us like we’re people they know. If you really want to know what it’s like to be around Sara and me – what our communication is like, what making things is like – this is the place where we can show you,” Tegan said of the media launch newsletter, which includes both free and paid content.

Check out the first glimpse of Sara and her newborn baby below.