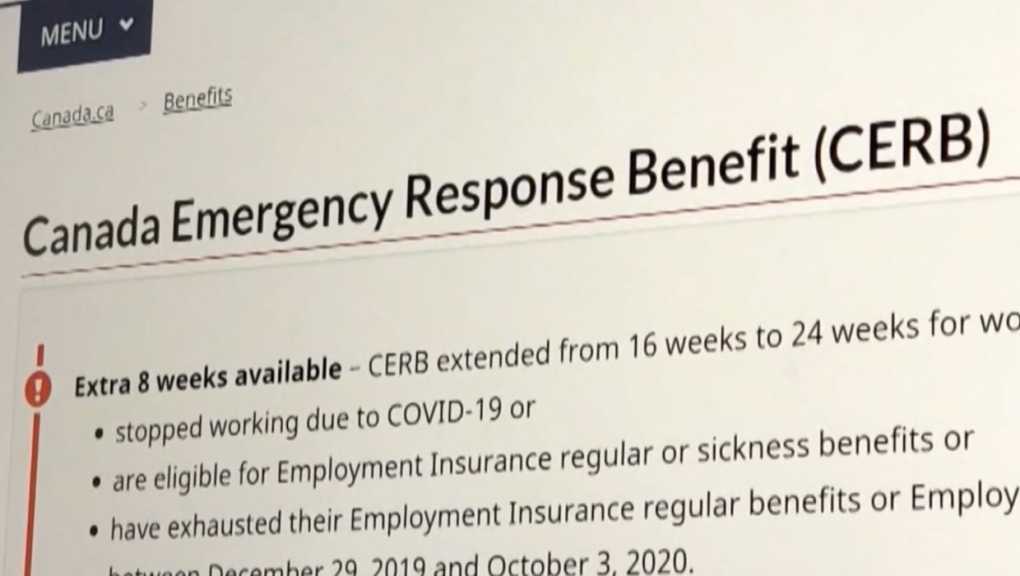 If you’ve received COVID-19 benefit money from the Canada Revenue Agency but aren’t sure if you qualify, be warned that the taxman is coming.

When the pandemic was declared in 2020, the Canadian government poured billions of dollars in aid to citizens forced to quit their jobs.

In that flurry of activity, hundreds of thousands of Canadians received the benefit, some even when they were not intended to.

Now the CRA is seeking that money back, two years after it was spent.

Greg Bates is one of several people who recently opened their email inbox and found a letter from the organization informing him that the money needed to be refunded.

“I was completely shocked,” he told CTV News in an interview on Monday.

“I had received a review in 2020 that they knew they were giving me the $2,000. They’re going to go away for a few weeks without sending me any money to make up for that difference. So there’s the confusion.”

In the notice, the CRA says that Bates “got more benefits” than he was entitled to.

It also contained details of the amount owed and instructions to make payment arrangements if necessary.

Bates says that now, two years after the money was deposited into his account, he thought he was “free and clear.”

“Then this appears and there is less confusion than anger. I am confused by the messages – I don’t understand what this guilt is about.”

He adds that it has also caused a lot of stress in his life.

“You get charged all of a sudden that, you know, I’m not going to say I have it, but it comes as an unexpected bill.”

Some people could have avoided those “unexpected bills” if they just filled out the right paperwork, says a Calgary accountant.

It’s not too late to do that either.

“They should start by filing some of their paperwork and take it back as far as they can go,” said Doug Gablehaus.

“I’m currently working with one of my clients. They’ve claimed their $2,000 back, I reopened their claim, I went right back. And I filed the paperwork for them to get more than $10,000 back.”

REACH WITH THE EXPERTS

Canadians who feel overwhelmed by the issue should heed the letter and contact the CRA, financial experts say.

“I know I’m talking to people like me – that piece of paper feels like it weighs 5000 pounds,” said Taz Rajan of Bromwich+Smith’s trustees.

“But trust me, opening it is in your best interest.”

Rajan says the CRA is open to communicating about this matter and that is the first thing people should do.

In addition to talking to the CRA, Rajan also advises anyone concerned about their situation to contact companies like his.

“How do we make this work for your unique situation and your financial situation and then CRA doesn’t have to be so big, bad and scary?

“I’m all for normalizing these conversations.”

A sign outside the Canada Revenue Agency can be seen on May 10, 2021 in Ottawa. THE CANADIAN PRESS/Adrian Wyld

In response to questions about the matter, the CRA said it understands that the COVID-19 pandemic has been “difficult for many Canadians”.

It went on to say that in order to distribute the money to those who needed it as quickly as possible, it relied on applicants to tell the truth about their circumstances.

“The Government of Canada has taken an attestation-based approach to enable rapid delivery of individual COVID-19 benefits to millions of Canadians. This means that individuals choose what information they provide when applying for the benefits, and the CRA may verify this information at the time of submission and/or at a later date,” the statement read by email.

The agency confirmed that the letter Bates and many other Canadians have received is authentic and that there are debts in their CRA accounts that need to be settled.

It also said it aims to help Canadians struggling with any circumstances.

“We want to help affected individuals resolve any issues and our agents will work with them on a case-by-case basis. The CRA has expanded its provisions to help individuals meet their tax obligations during these difficult times, including flexible payment arrangements.”

Anyone wishing to make a formal request for reconsideration may do so by contacting the CRA within 30 days of the date of their admission of guilt.

The CRA adds that those who applied for the benefits in good faith will not be penalized.

(With files by Kevin Green)