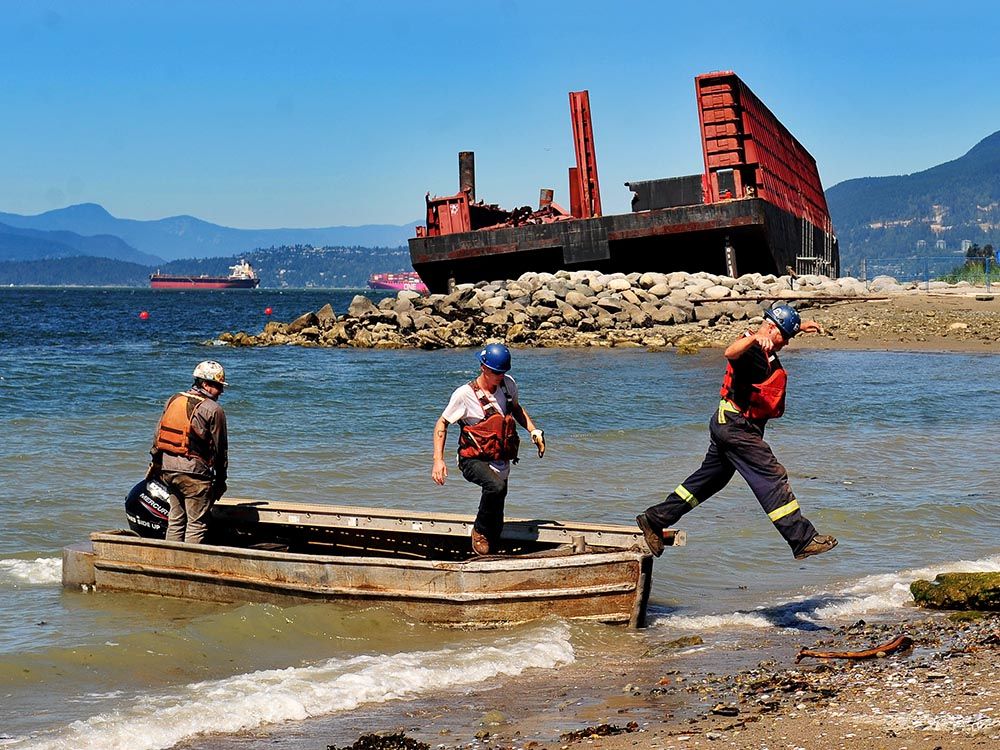 The arduous, sometimes noisy work of dismantling a huge ship that washed up in English Bay during a huge winter storm last year has finally really begun.

Vancouver Pile Driving has spent the past few weeks putting temporary piles around the abandoned ship to secure it while work to dismantle it is underway. The company then installed crash barriers and fences.

Now comes the actual removal. That is expected to take three to four months, meaning the ship should finally be gone, just under a year after the storm and royal tide of November 15, 2021 that drove it ashore and stranded it.

Floating the ship again proved impossible, and it languished on the beach for so long that it was renamed Barge Chilling Beach—a riff on Vancouver’s unofficial renaming of Vancouver’s Guelph Park to Dude Chilling Park in recognition of an abstract image of a “reclining man.” ‘.

Although local residents will be affected by noise from Monday to Friday from 7:30 am to 5:30 pm, those using the seawall and beach will not be affected. All material removals are done from the ship’s waterfront and the company has said the sensitive marine environment will remain intact.

The City of Vancouver says the decommissioning must comply with noise regulations and will be monitored throughout the process.

It involves removing the walls and hulls of the ship in sections, loading the material onto support barges and transporting it by sea to a collection point, where it will be processed and recycled.