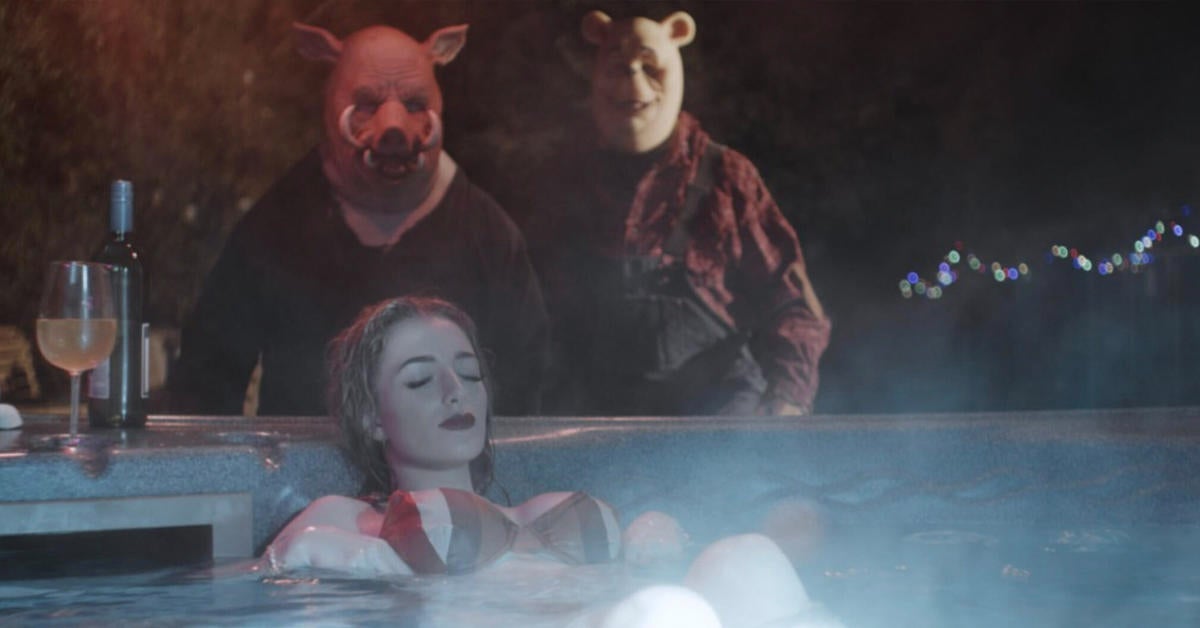 Now that Winnie the Pooh is officially in the public domain, a slasher is in the works with the likeness of the classic anthropomorphic teddy bear. On Wednesday, word began to spread that Winnie the Pooh: Blood and Honey has entered post-production, with a series of stills from the film going viral online. As you might expect from the news, the internet is largely divided on the development, with some clapping the filmmakers for taking the characters in an entirely new direction, while others criticizing the move as largely unnecessary.

While Disney still owns the rights and likeness to their version of the characters, the original illustrations and stories have entered the public domain since earlier this year.

“Due to the different copyright laws around the world, there is no single public domain – and here we focus on three of the most prominent,” explains the Public Domain Review. “New entry into the public domain in 2022 will be: works by people who died in 1951, for countries with a copyright term of “life plus 70 years” (e.g. UK, Russia, most of the EU and South America ); works by people who died in 1971, for “life plus 50 years” countries (e.g. Canada, New Zealand and most of Africa and Asia); and works published in 1926 (and all sound recordings of before 1923), for the United States.”

Keep scrolling to see what people are saying.

Apparently there’s a Winnie the Pooh horror movie in the works right now. Whoever ever had the idea for this definitely planned this ahead and strategically waited for the copyright to expire and go into the public domain before making this lol pic.twitter.com/eyNXUuj8Us

there is no need to mess with everything in the entertainment industry…. Turning Winnie the Pooh into a horror movie??? Is nothing sacred???? pic.twitter.com/SzlVrNNohB

Winnie the Pooh is being made into an R-rated horror film. Yes really.

Winnie the Pooh: Blood and Honey has not set a release date yet.