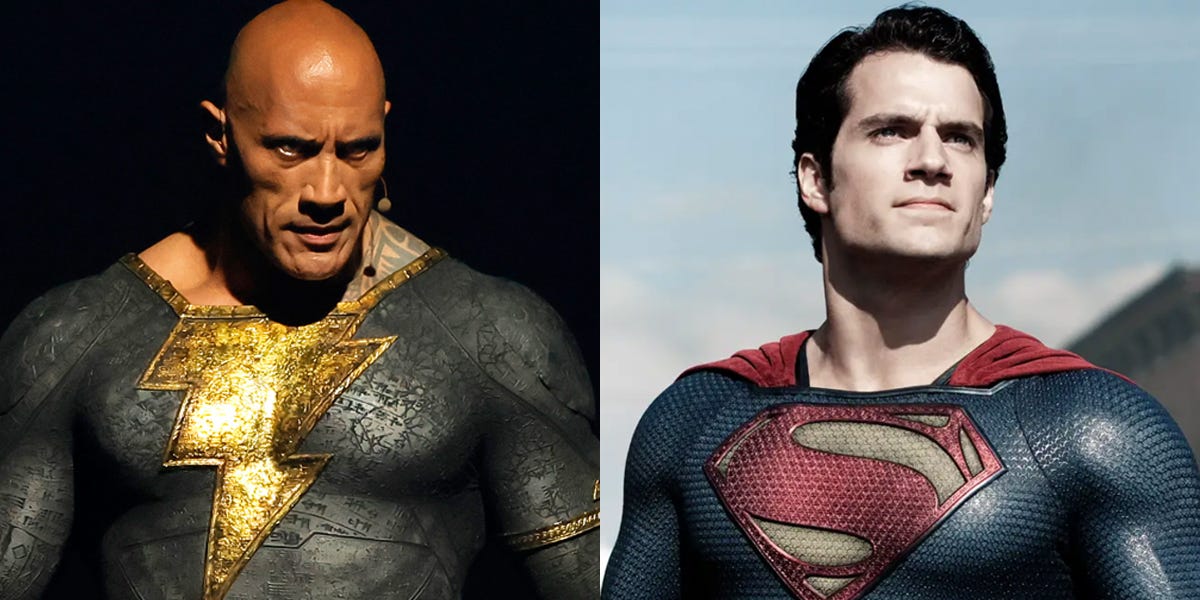 Dwayne Johnson looks ready to confront Superman when he returns to the DCEU.

During Warner Bros.’ The actor, who was there to promote his DC movie ‘Black Adam’, was asked by a fan who would win in a fight: Black Adam of Supes.

Johnson smiled as he pondered the question before replying, “Don’t threaten me with a great time, because I’m going to answer that question now.”

“As you know, because we’re all deep in this mythology, the age-old question was who would win in a fight between Black Adam and Superman. Pound for pound, they’re pretty close,” Johnson said. “I think it probably all depends on who plays Superman. I’ll just say that.”

That last line annoyed the Hall H Comic-Con crowd, which seats more than 6,000.

‘I’ll leave it at that. We’ll just go for that one,” Johnson added, raising his eyebrows.

Leading up to Saturday’s panel, Comic-Con audiences hoped WB would cast the star “Man of Steel” with some Superman news, but the anticipated Saturday morning panel focused only on next’s “Shazam” sequel. years, “Shazam! Fury of the Gods” and Johnson’s October DC anti-hero film.

The latter also stars Aldis Hodge, Noah Centineo and Quntessa Swindell, all of whom joined Johnson to tease the film, which The Rock has been trying to make for over a decade, on the Comic-Con stage. During the panel, Johnson discussed what it meant to him to finally show off this film in Hall H.

“To be here today, to watch Black Adam float and throw lightning around like he was handing out candy, I have to tell you, this is truly a dream come true, so thank you so much for this and for love and support,” Johnson told the crowd.

Johnson made a big splash by promoting his DC anti-hero movie, which follows a 5,000-year-old slave who was given the powers of the gods. After misusing his powers, he was captured by the gods who gave them to him.

At the start of Saturday, Johnson made an epic Hall H entrance to kick off the “Black Adam” panel.

Smoke filled the darkroom with thunderous booms and flashes of light to mimic lightning bolts. Johnson then rose from the floor on a pedestal in his superhero costume and soared above the crowd with a brilliant bolt of lightning behind him.

He looked absolutely majestic and the crowd roared to life.

It was an incredible moment—and the pinnacle of WB’s hour-long panel—that would have been all the more incredible if Henry Cavill emerged from the floor right next to him or appeared very close to the panel.

Just promoting “Shazam 2” and “Black Adam” was arguably the smartest and safest choice for Warner Bros. as the star of “The Flash”, Ezra Miller, is currently embroiled in controversy and the upcoming sequel to “Aquaman” is in the works. the news recently during the Amber Heard and Johnny Depp trial.

At the end of the panel, Johnson told the H crowd that everyone had been given a ticket that will allow them to attend an IMAX screening of the film when it releases in October.