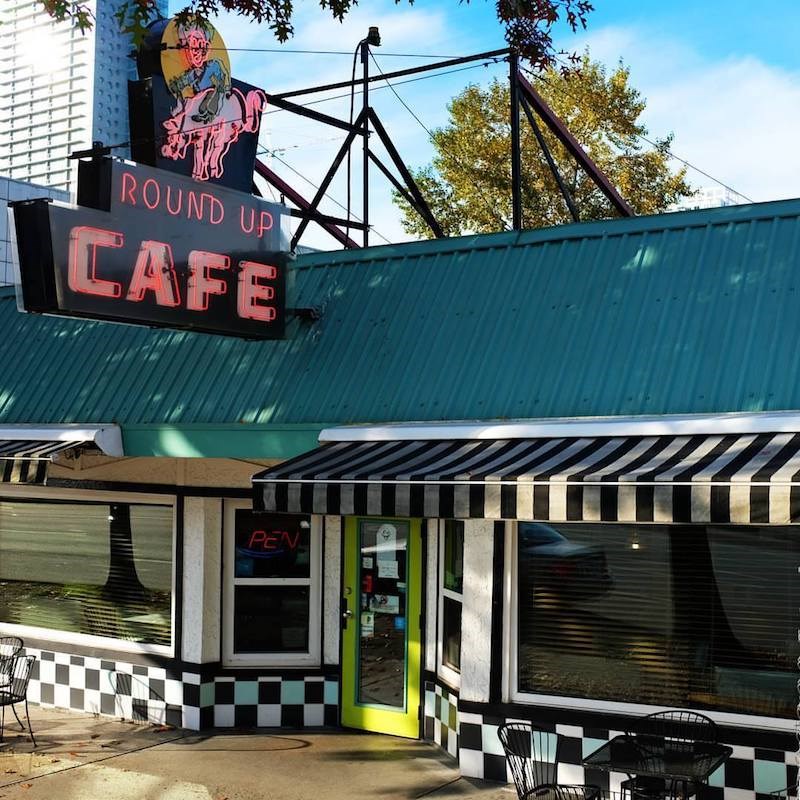 Surrey’s Round Up Café on King George was a beloved family-owned spot with a quirky 1950s-style interior, specializing in hearty Canadian and Ukrainian dishes.

So when the popular spot announced it was closing its doors for good last year, many people were heartbroken.

In what feels like an endless chain of closures, news of this restaurant’s triumphant return is exactly what we needed to hear, even if it’s not necessarily permanent.

The Round Up Café has reopened part-time in partnership with UNITI, a non-profit made up of three different charitable organizations: Semiahmoo House Society, Peninsula Estates Housing Society, and The Semiahmoo Foundation. The team has opened a cooking school in the cafe to create jobs in the food and hospitality industry. They hosted a job fair earlier this month.

They introduced a brunch service on Fridays and Saturdays from 9am to 1pm in May and have since added a Thursday service. They are rumored to be open until September, but the details are unclear, so it’s better to visit while you still can.

In the restaurant’s glory days, popular dishes included breakfast combos and omelets, a “Bases Loaded” burger, and classic dinner fare like a reuben or club sandwich, featuring many Ukrainian items like pierogies and cabbage rolls.

The Round Up was bought in 1959 by Orest and Goldie Springenatic. Although Orest died in the 1990s and Goldie retired from operations, the restaurant was run by daughter Colette and son Dennis when it closed in April 2021.

Read more about the history of The Round Up.

With files by Lindsay William-Ross