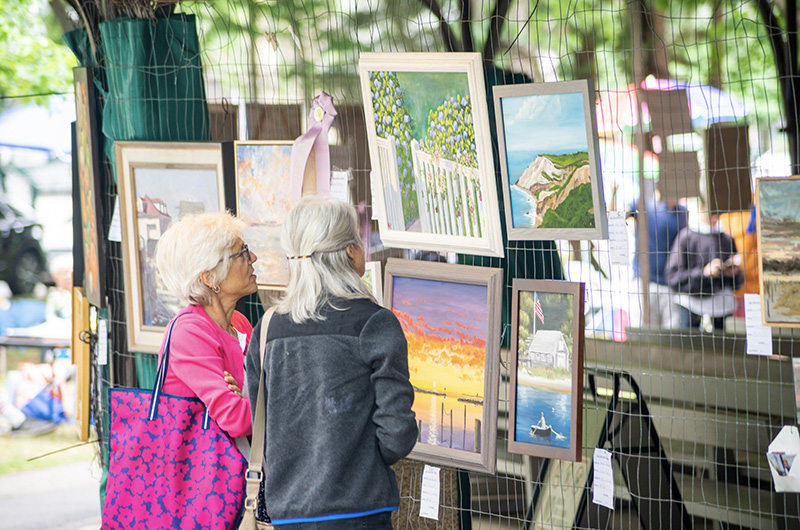 The All-Island Art Show returned to Tabernacle Monday, continuing a decades-long tradition that attracts local artists from all over the island.

Artists exhibited in a wide variety of visual media, including photography, painting, mixed media and pastel. Pieces entering the show hung on a fence around the Tabernacle – out of the light drizzle of the day – while many artists offered postcards and prints of their work from small booths on the grass of the Camp Ground.

The art show highlights the ingenuity of local artists: seaweed from local beaches became the primary material for a series of collages by Kathy Poehler, and photographer Liz Dolan-Durkee turned the smallest details of the Camp Ground’s gingerbread houses into vibrant, geometric, almost abstract observations. .

For many artists, the island-wide art show is an annual tradition and a regular part of the summer. Painter Warren Gaines, who has exhibited with his wife Deborah Gaines for more than a decade, told the Gazette that the show is his annual opportunity to bring his work to the island. He usually only exhibits at the Artisan’s Fair and Chilmark Flea Market.

First place ($50) and second place ($25) awards were presented in each of the competition’s 11 categories. Among the winners was painter and photographer Elizabeth Luce, whose portrait of a long-haired cow won first prize for mixed media. She said the show is really a social tradition.

“The show is great because you can see and meet people,” said Ms. Luce. She added that since sales go directly to exhibitors, the show is “very supportive of local artists.” 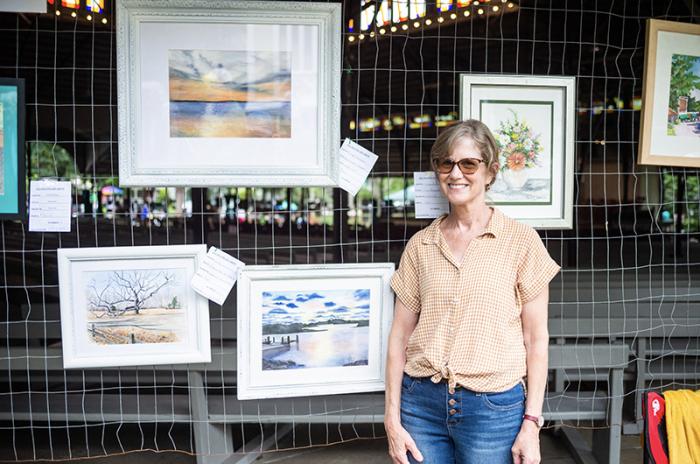 Painter Ned Reade, who is on the committee that organizes the show, told the Gazette that he has exhibited his work for more than 40 years.

“It’s nice to see all the other artists and friends that I wouldn’t see if they weren’t wandering by,” said Mr. reade. He added that after so many decades of experience, the organizing committee does not need to do much. Usually after the show they just debrief what can be improved next time, he said.

“But after all these years, we’ve sort of figured out how to make it work,” said Mr. reade.