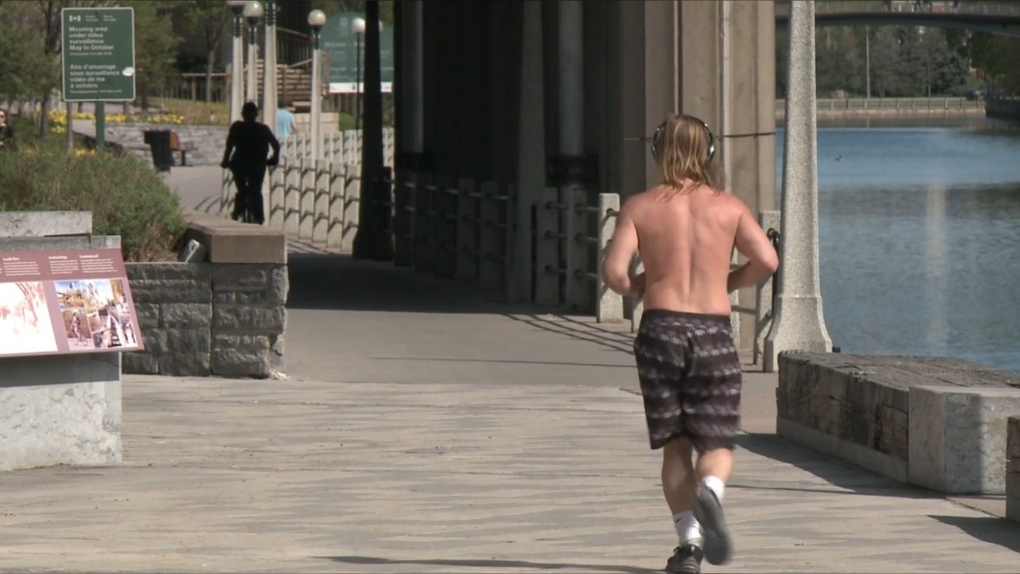 Another record high temperature is forecast for Ottawa, but cooler temperatures and rain are on the way.

Environment Canada forecasts a high temperature of 33°C in Ottawa for Saturday, which, if reached, would surpass the 2004 record at the Ottawa airport of 30.7°C. This afternoon’s predicted humidex is 37.

Clouds will arrive on Sunday with a 60 percent chance of showers and thunderstorms. Sunday’s maximum temperature is 22C, with humidity at 28. Ottawa has seen just under 9mm of rain so far in May. A fire ban in the open air remains in effect.

The forecast for Monday is cloudy with a 60 percent chance of showers and a maximum of 21 C.

Showers are also possible on Tuesday, with a high of 18C, in line with the seasonal average.

Sunshine returns to the forecast Wednesday.