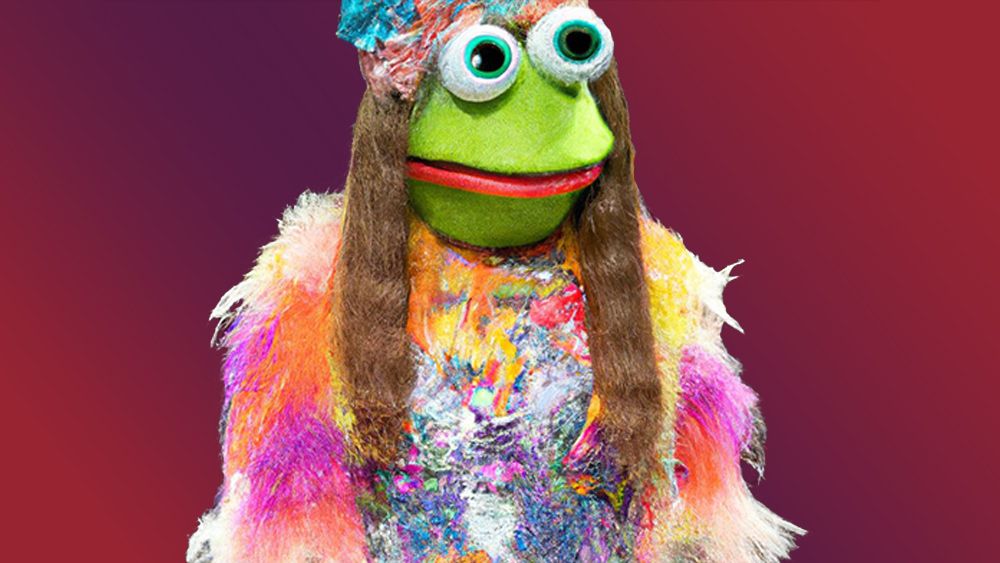 The internet used to be a strange place, but it’s suddenly gotten even weirder thanks to the explosion of weird AI art created by image generators like DALL·E 2, MidJourney, and Craiyon. From weird cartoon crossovers to surreal food and apocalyptic selfies, DALL E 2 and others, with varying degrees of success, seem really capable of creating any weird AI art you can describe in their prompt boxes.

Of course, DALL·E 2 and other AI art generators don’t come up with these things on their own. They carry out the written prompt they get through the millions of images and captions they’ve been given. So the results are as weird as the imagination of users. There are plenty of existential concerns about where this is all going and what it means for artists, but AI isn’t going to take over the world and turn us into slaves just yet. We hope.

OpenAI, the makers of DALL E 2 recently announced pricing and that they will be expanding access to the platform over the next month, but there is still a waiting list for now. Want to learn how to make it work for you? Check out our guide to using DALL E 2. In the meantime, here are some of the weirdest AI art created by DALL E 2 and other AI platforms to date.

The last selfie ever taken

One of the latest trends making the rounds on TikTok is using AI art generators to take “the last selfie ever taken”. Started by the Tiktokker @robotoverloards (opens in new tab) and adopted by others, the results appear to be suitably apocalyptic with androids and skeletons posing for photos amid desolate scenes of a burning planet. Most disturbingly, selfies still seem to be a thing after all. It’s not clear which AI art generator they used to create the images – it appears the original series may have been made with MidJourney. An even deeper conspiracy theory is also brewing – what is the blue cube that appears in various images?

A still of Ronald McDonald in an episode of Star Trek: The Next Generation (1987) #dalle2 pic.twitter.com/UhTzAwCPHLlJuly 31, 2022

On a lighter note, much of the weirdest AI art created on DALL E 2 has to do with putting famous people and characters in unlikely places. And it seems the only limit is your imagination.

Average French in average French cities. The architecture looks roughly what I think it should be. Also lots of flowers. Stylish clothes. I see the man on #1 smoking Gauloises cigarettes. #dalle2 pic.twitter.com/cDh5bmZlBmAugust 2, 2022

#dalle2 This is it. This is the best prompt I can ever come up with. pic.twitter.com/GoxvSIrwW4July 23, 2022

Maybe Ai should stick to the fantasy then. Of all the DALL·E 2 cartoon mashups out there (and there are many), this has to be our favorite. It has been improved by giving specific instructions to the artist, not just the combination of two characters.

Data scientist Max Woolf (opens in new tab) tested how reliably DALL·E 2 can follow directions when asked to produce food photography and see if it can produce new ideas for food content on the web. For example, to make a peanut butter sandwich in the shape of a Rubik’s cube? Yes, that would be possible.

There is a whole category of AI graphics dedicated to anthropomorphism, where you can play sports, present the news and much more.

…and fight against He-Who-Must-Not-Be Named

Expect every brand marketing team and their dog to try and craft a campaign around AI art generators in the coming months. That could tire very quickly, but some sharp brands were off the mark very quickly. Heinz was quickly out of the starting gates, and so was dogplanet.com (opens in new tab).

The dog lover website has used the Discord-based MidJourney to create all sorts of canine creations with some hilarious results – the epic fight between a cocker spaniel and Voldemort is the highlight. If Harry Potter were a dog, he would be a cocker spaniel, they think, and based on this, we should agree.

AI art generators have opened up new possibilities for fan renders of products that are rumored to be in production but whose creators aren’t ready to show us yet. We’ve been wanting to take a look at the rumored Apple Car ever since we got wind of the project. The designer and YouTuber John Mauriello (opens in new tab) thought DALL·E 2 could imagine what it will look like. Of course, typing “Apple Car” resulted in a car that looked like a fruit, so instead he chose “Minimalist sports car inspired by a MacBook and a magic mouse, made of aluminum and glass”.

Thanks to the Duolingo trail cam, we can finally see what everyone’s favorite polyglot owl was sticking out while he slept. This was actually made in Craiyon, formerly called DALL-E mini, until the creators of DALL-E had words.

It’s not all apocalypse and anthropomorphism in AI art. Some people even use it for productive use. Yes, really, and good for them. Artist Zach Katz uses DALL·E 2 to show what city streets could look like without cars and with extra greenery and water features. It makes a lot more sense and suggests that AI could be useful in city planning. His Twitter account @betterstreetsai (opens in new tab) has gained thousands of followers in just weeks and he has a backlog of requests for locations to try.

Enough of such sensible, valuable pursuits. Why use AI to create something useful when you could create a cross between a Pokémon and a dog?

There seem to be a lot of Star Wars fans using DALL E 2 and the like, and some of the weirdest AI artwork has put characters in unlikely situations, from Jar Jar Binks on Love Island to a Darth Vader MRI scan, and yes R2DR after finding God. This is another one made in Craiyon.

Nike Air Sushi is being stalked by a bear

We’ve seen character mashups, artist mashups, what about clothes? In fact, given some of the shoe collabs we’ve seen in recent years, we wouldn’t be surprised if these see the light of day. And look how badly the bear wants them.

⌨ “the most ridiculous looks from London Fashion Week, modeled by the cast of the muppets, lfw”💅 #lfw #fashionGenerated by AI with #dalle2 🤖 #dalle 🎨 #aiart pic.twitter.com/Slu25GPTGUJune 6, 2022

Speaking of fashion, we love this runway look modeled by some of Jim Henson’s best, as interpreted by DALL E 2. The weirdest AI art fashion collection we’ve seen yet.

A man kissing a blue deer

AI art generators can prove to be an interesting tool for casting directors. Wondering if a certain actor would fit in a role? Borat as Dr. Strange for example? Just ask DALL·E 2.

The big question is, but is it art? Some argue that AI-generated art is not really art because it is machine-made and thus has no intrinsic psychic meaning to the agent. Really, AI doesn’t make art, it just replicates art from the database it was given, but in new combinations and shapes. The AI ​​doesn’t draw from personal or collective experiences like an artist does.

As for the commercial aspect of art, the human creators of AI-generated pieces can sell their work depending on the platform they use. There is some legal debate as to whether images created by AI can be copyrighted, but OpenAI recently announced that DALL E 2 can now be used to create commercial work – that is, the human instructing the machine , can sell the resulting work.

We’ve already seen people do this and sell their work as NFTs. And Christies sold an AI-generated artwork, “Edmond de Belamy, from La Famille de Belamy,” by French art collective Obvious back in 2018.

Can you tell if a work of art was created by AI?

First it was deepfakes, now it’s AI art generators. It is becoming increasingly difficult to determine whether something is real or fake, and whether something is man-made or machine-made. With images created by some of the free AI art generators, it’s pretty obvious as they tend to have creepy glitches, blurs, and bizarre effects that no human artist would create (unless they deliberately tried to recreate the look of an AI). art generator – now it gets complicated!).

Some of the more advanced recent releases like DALL·E 2 can be harder to pin down. Yes, many images still have an eerie valley look to them, but much of the platform’s output could pass for illustration or man-made photography. It may be that the only giveaway is when the artist left the signature of the AI ​​art generator – in the case of DALL E 2, it’s a row of colored squares in the lower right corner of the image.