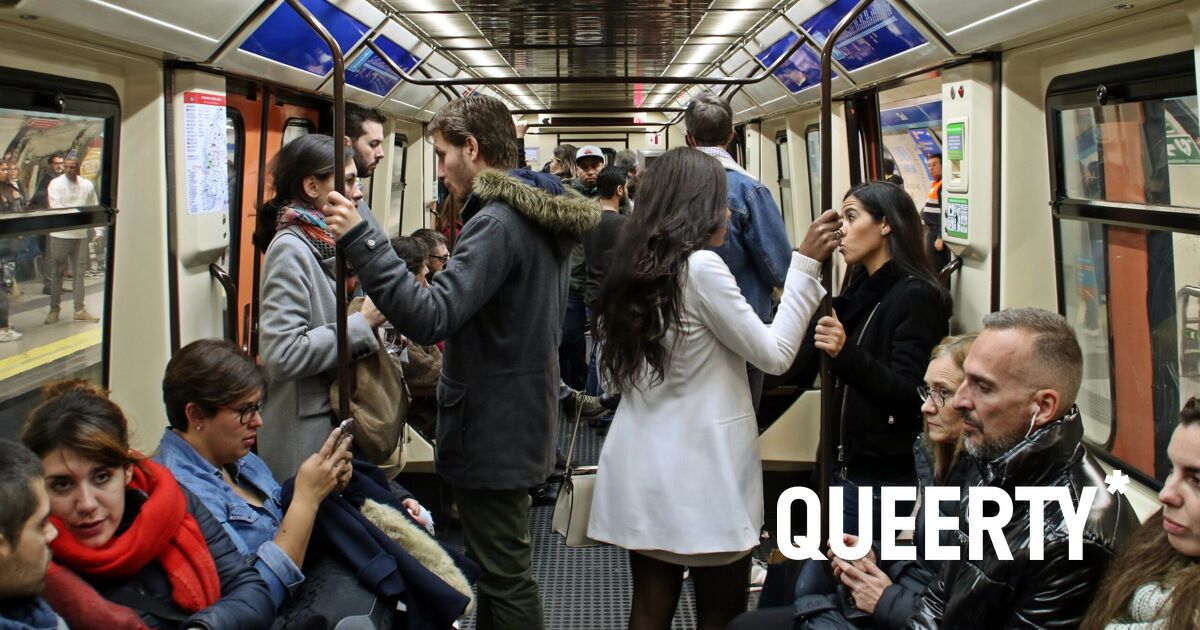 A Spanish doctor says he was on the Madrid metro when he noticed a disturbing scene – a fellow passenger was “completely riddled” with monkeypox lesions, “from head to toe, including his hands.” What happened next was equally disturbing.

dr. Arturo M Henriques posted the story in a series of tweets, which were translated and have since gone viral.

“I see the situation and I also see the people around me as if nothing will happen,” he wrote.

The doctor said he decided to “become a Karen” (his words, not ours) and approached the man, who said his own doctor advised him not to isolate himself and just wear a mask.

Monkeypox, Spain: Dr. talks about spotting these monkeypox infected in the underground train and told them to isolate themselves immediately: they responded by saying they don’t have to, as their doctor told them so, and that monkeypox is only gay pic.twitter.com/j7kICZi7jF

“I tell him that the injuries all over his body are the most contagious,” Henriques said. “That I am a doctor and that he may not have understood all the instructions from his GP…”

The man reportedly waved Henriques off, so the doctor turned to the other passengers closest to him. He asked a woman sitting next to the infected man if she was not worried about getting the disease.

According to the doctor, the woman explained that the “government said it was the gays who had to fend for themselves”.

The doctor accentuated this part of the story with some well-placed facial palm emojis, saying that he decided to stop arguing and immediately got off the train.

After his initial reports gained traction, Henriques says he was interviewed by a local news station. His 15-minute interview was cut to an 8-second clip.

Dr went on TV to explain the situation, but his interview was cut to just 8 seconds… pic.twitter.com/3wkGjlBGFW

Although the current outbreak of the virus is centered on gay and bisexual men, the fact that straight people think they are immune has everything to do with stigma surrounding the way it is talked about.

Despite the medical community reiterating that monkey pox not a gay disease, and is not an STD, stigma, and misinformation seem to spread as quickly as the virus itself.

“It is already spreading beyond the gay and bisexual or wider LGBTQ+ community. For those reasons, it’s incredibly important that we learn from our past and our history,” Colin Quinn, the president of communities at Included Health, recently told Newsweek. “I already mentioned that we have our lessons in the HIV/AIDS script, and the lack of key messages that happened there that caused so much stigma… [We need] to really learn from that.”

New York, California and Illinois have all declared a state of emergency over the spread of the virus.

UPDATE: The Spanish newspaper 20 Minutos has reported that Dr. Arturo Henriques is incorrect. According to the newspaper, the man who photographed Henriques “denied that he suffers from” [monkeypox] and has denied the story.”

He also shared that the “ailment he suffers from is called neurofibromatosis, a disease he has suffered from birth that causes injuries to his limbs.”

Henriques has since shut down his Twitter account and the translated version shared by another user has been removed.