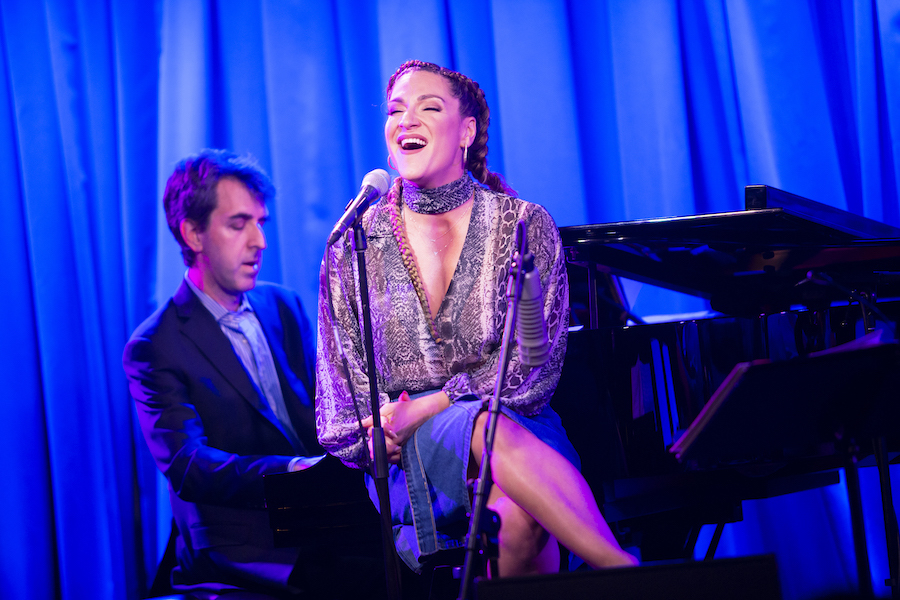 Shoshana Bean told Time-out that she’s excited about the public concert series and “every opportunity to share art, to share music.”

“It’s just so wonderful to have a surprising experience of music, unexpected in a way, so I think that’s ultimately what we do,” she said. “Every opportunity to connect and remind each other why this is the best city for this kind of thing.”

That is exactly the message that event organizer NY Forever is trying to convey. NY Forever, a local nonprofit, hopes the series will honor artists and their tireless contributions to the essence of New York City. That message is especially important to the group, as Broadway was one of the first industries to be hit when the COVID-19 pandemic hit New York City in March 2020.

We wanted to blow Broadway into the boroughs.

“We wanted to find a way to both celebrate what makes New York distinctive and unique, but offer something to people in the boroughs,” said Richard Mumby, founding board member of NY Forever. “We wanted to blow Broadway into the boroughs.”

Broadway – and the arts in general – make a significant contribution to the city’s economy. New York’s arts and culture sector generates $120 billion and a half million jobs for the state. Broadway alone contributes $14.7 billion to New York City’s economy and supports more than 96,000 jobs. Amid the pandemic, New York lost 50% of its performing arts jobs, more than any industry. This concert series aims to draw attention to the crucial work of the performing arts.

The Broadway Forever initiative also includes a series of mini-documentaries starring members of the theater community, including: A strange loop actress and 2022 Tony Award nominee L Morgan Lee. You can see it from Monday on Instagram from NY Forever.

NY Forever partnered with City National Bank and is working with the New York City Department of Transportation to make the series possible.