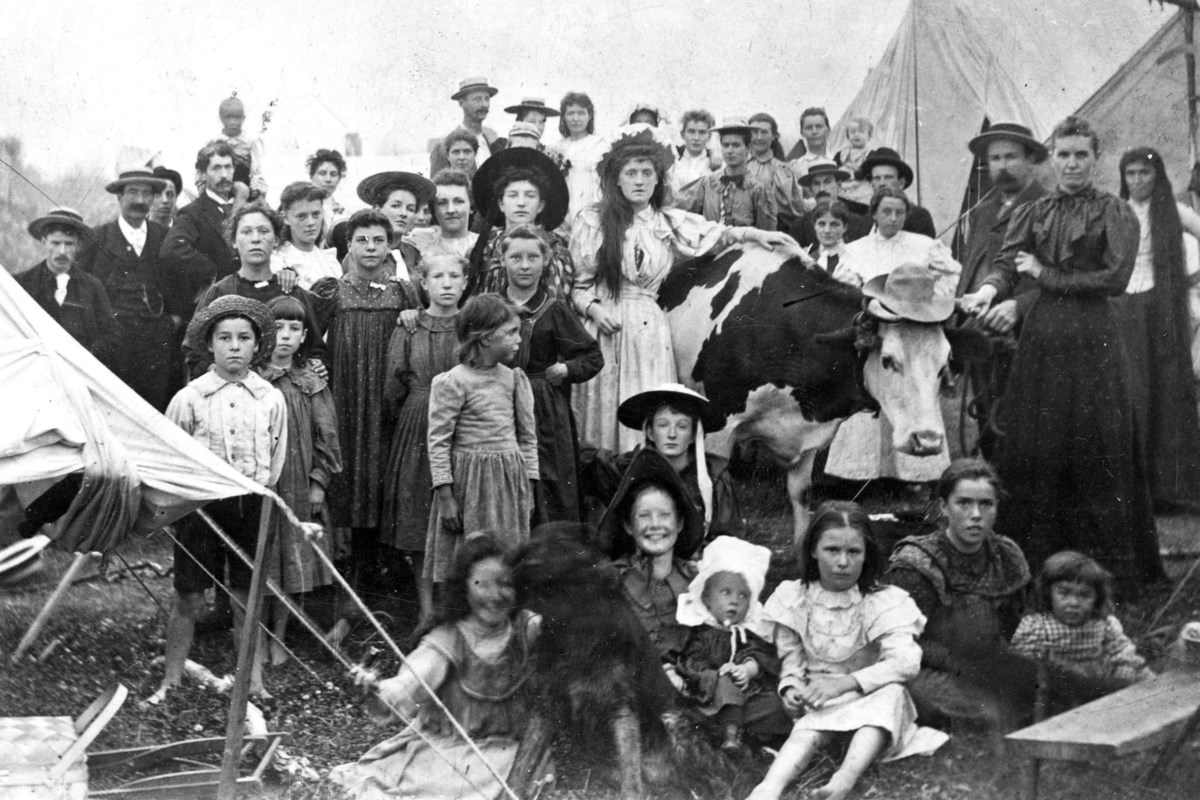 One thing that sets Vancouver apart from many other world-class cities is its beaches.

Some cities have a few, such as Toronto or Montreal. Some build them, like Paris. Many go without real beach culture, such as London or Beijing. It’s no surprise, then, that as leisure activities grew, trips to the beach were a popular option.

These photos capture a period of about 25 years, from 1896 to the 1920s, and while there are many differences in what beach trips looked like more than a century ago, there are also many similarities.

Although the fashion is very different, many of the activities today are pretty much what people do on the beach. The first photo, from 1896, shows a group traveling from Mount Pleasant to what was then Greer’s Beach (now Kitsilano Beach). The most surprising thing in that photo (aside from the rather stoic expressions on everyone’s faces) is the cow in a hat.

Yes, if you missed that, check again.

And to be fair, if a large group of people from Mount Pleasant could get their hands on a cow in 2022, they might just take it to the beach. It is both ridiculous and plausible in both eras.

Even in the 25 years captured in the photos, the change in beach fashion is clearly visible, as early travels saw people dressed in what appears to be everyday clothes of the era. This is not uncommon even now, but then there are the pictures of the kids playing in the ocean in clothes that look their Sunday best.

It also seems to hinder how many men get into the water, as there are few photos showing grown men playing in the waves. Maybe it was because they couldn’t pull their pants up high enough?

Later that changes somewhat with many people in swimsuits in the 1920s, although until then few men are seen in the water.

The other thing people might notice is how many buildings used to be along the coast and now they don’t. In the early photos they are just tents, but around the turn of the century more buildings appear along the coast (and stand out because many trees have been cut), providing services and a place to change. Much of it is now gone, as parks generally have fewer structures.

Particular highlights (apart from the cow) are the ‘bathing beauties’ in 1898, the view from above of English Bay Beach in 1909, the barge in English Bay in 1911, the stylish man looking forward to a picnic on Crescent Beach in 1917, and the man in a full suit sprawled out on the sand in the 1920s.