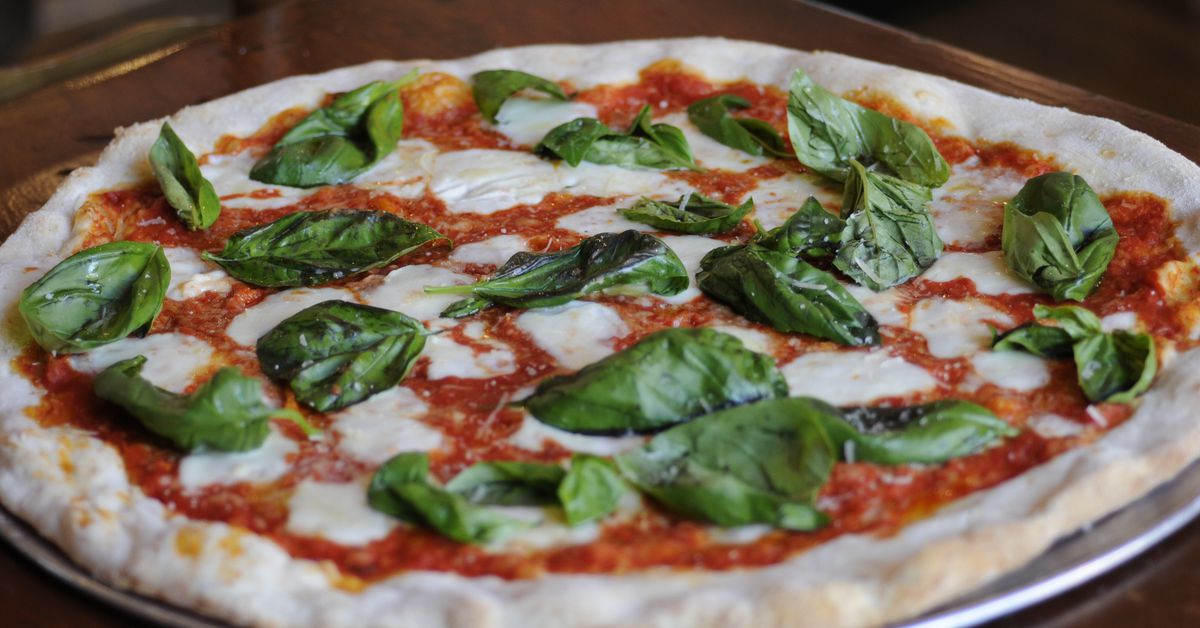 Some pizza aficionados argue that Wiseguy is the closest thing to a true New York-style pizza joint. The decade-old chain is known for its thin slices, strong garlic knots and chicken rolls, along with square Sicilian pies and cheesecake straight from NYC. Wiseguy founder Nuri Erol retains a significant equity stake in the company, and diehard fans needn’t worry — the menu remains unchanged, Thompson says.

“Nuri is deeply committed to protecting the integrity of the brand. In the future, we won’t open a new unit unless he agrees,” Thompson said. Erol also has the final say on any menu additions or adjustments. The purchase price has not been disclosed.

Thompson’s portfolio now includes 15 different brands with 44 locations. One headliner is Matchbox, which Thompson bought in 2018 with an $11 million pledge to grow the homegrown pizza chain. There are 12 locations today, with one just steps from the Wiseguy in Pentagon City.

“People might say, why buy Wiseguy when you have Matchbox? It’s a completely different concept, experience and style from pizza,” explains Thompson.

Thompson is already looking for additional Wiseguy locations in the DC market and Fort Lauderdale, Florida, which would be Wiseguy’s first expansion outside the area. Matchbox and NoVa burger bar Big Buns both made a jump to South Florida under Thompson’s tutelage. This year, a new full-service Matchbox is on its way to McLean, Virginia.

A smaller, fast-casual offshoot called Slice of Matchbox debuted this month in the town of Fairfax. Thompson confirms new leases with the Wharf for a Slice of Matchbox alongside a new Milk & Honey, one of Thompson’s newer high-growth brands.

There are now five Milk and Honey locations under the Thompson umbrella and that number will double by the end of the year; look for openings in Clinton, Md., Dulles, Va., Fairfax, Va., and Waldorf, Md. One of the original founders of Milk & Honey, food network star Sammy Davis, is still on the cutting edge, making cooking appearances at Thompson’s new outposts.

“It’s an important part of preserving the roots and core of what Milk & Honey is all about,” said Michael Katigbak, a ThinkFoodGroup and Boqueria alum, who joined Thompson this year as VP of Marketing.

A fifth Milk & Honey is planned for Petersburg, Virginia as part of Thompson’s dinner services partnership with the highly regarded HBCU Virginia State University (Thompson Hospitality provides food services to both universities and corporations under a separate business arm).

“This fall, students can leave campus and use their meal card at Milk and Honey,” says Thompson. “In many situations, we try to place our retail brands close to some of our colleges and universities.”

Thompson’s clients also include Northern Virginia-based tycoons University of Virginia Darden School of Business, Inova Healthcare and Capital One, all of which could be getting their own slice of Wiseguy. (The gluten-free cauliflower crust and vegan offerings also appeal to a healthcare account like Inova.)

“Wiseguy bodes well in hospital settings, corporate restaurants and colleges,” says Thompson, adding that “customers in the market are already familiar with the brand.”

Thompson is in talks with Amazon to put some of its restaurants in HQ2, he adds. Thompson is also behind Reston pub Makers Union and Springfield, Va.’s Willie T’s Seafood Shack, which are expected to announce expansion plans soon.

Under the new parent company, Wiseguy employees will receive benefits such as access to a 401k, insurance, and college scholarships for their children — which is “a unique offering for a company,” Thompson says.

“I am very pleased with the opportunities and benefits that this collaboration brings to Wiseguy employees and for the development of future projects and new concepts,” Erol said in a statement.