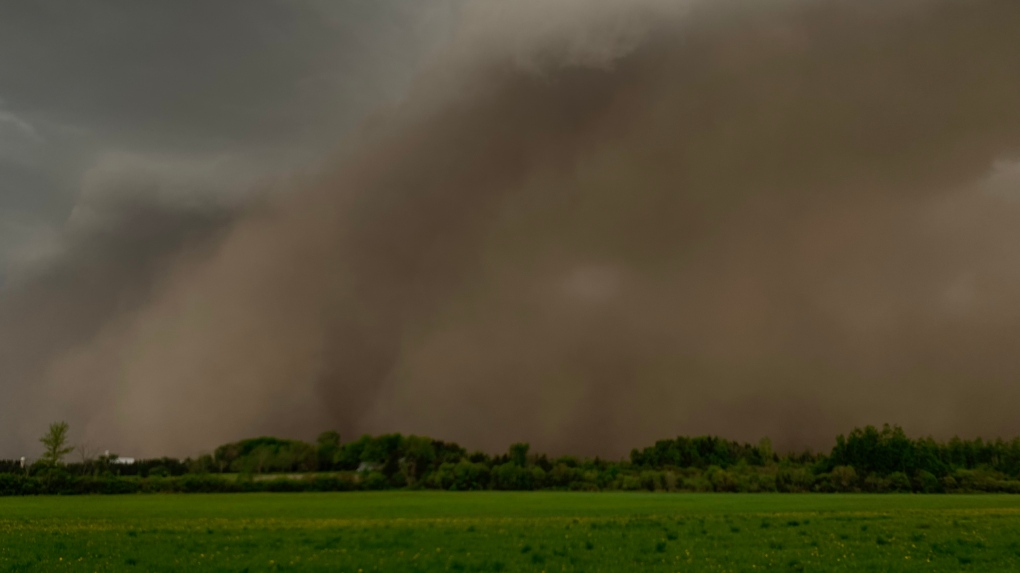 Several regions have been placed under tornado watch, meaning conditions are “favourable” for a tornado to occur.

“We want to assure you that we are doing everything we can to restore power as soon as possible,” the company wrote in a statement on its website.

WHAT TO DO IF A TORNADO FORMS?

If a tornado forms, Environment Canada recommends that people move indoors to a room on the lowest floor, away from exterior walls and windows, such as a basement, bathroom, stairwell, or closet.

“Abandon mobile homes, vehicles, tents, trailers and other temporary or free-standing shelter and move to a strong building if possible,” their site advises.

“As a last resort, lie on a low spot and protect your head from flying debris. Lightning kills and injures Canadians every year. Remember, if thunder roars, get inside!”

As of 5:30 PM on Saturday, watches were in effect for the following regions. A current list can be found on the Environment Canada website.

The following areas were placed under severe thunderstorm watch from 5:40 p.m. Saturday. A current list can be found on the Environment Canada website.

Severe thunderstorms can also cause tornadoes. Some areas are expected to experience destructive winds capable of displacing cars and trees, as well as ping pong ball-sized hail and heavy rainfall. Floods are also possible.

A ‘warning’ status is one level of urgency above the ‘watch’ label. It means that thunderstorms are more frequent or already underway.