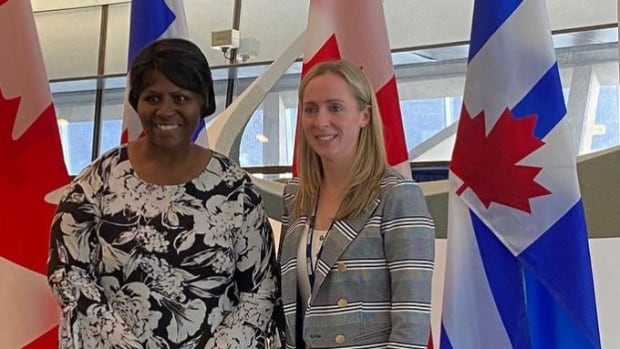 Toronto’s newest city councilor stepped down just hours after her appointment on Friday.

Rosemarie Bryan faced a growing number of calls for her resignation after Jonathan Goldsbie, CANADALAND’s editor-in-chief, tweeted that the councilor had repeatedly shared anti-LGBTQ content on Facebook. The posts were shared between 2015 and 2021.

Bryan announced her resignation in a written statement Friday night, saying she didn’t want to make anyone in town feel like they were unloved and not part of the community.

“I’m so devastated that past social media posts I’ve made are now being thrown against my decades-long commitment to the community,” Bryan wrote in the statement.

“I recognize that councilors were not aware of those posts before today’s discussion and now that they are, I recognize that many would not have voted for me,” she said.

Several city councilors took to Twitter Friday afternoon to express their disgust at the views expressed in the posts shared by Bryan.

“I want to state unequivocally that if I had seen these posts before the vote, I would never have supported Rosemary. I think given this new information, she should resign,” Coun said. Buxton Potts wrote on Twitter.

I want to state unequivocally that if I had seen these posts before the vote, I would never have supported Rosemary. I think given this new information she should resign. https://t.co/1ldWYswBtd

Mayor John Tory said the social media posts shared by Bryan are not acceptable to a Toronto city councillor.

“I totally disagree with any homophobic or transphobic views,” he said in a statement.

“I absolutely support our 2SLGBTQ+ residents. City Councilors are expected to set an example when it comes to consistency with our shared values.

“I would not have voted for this nomination if I had been aware of these posts and I know this is the sentiment of the vast majority of the council who also voted today,” Tory added.

“This is especially unfortunate at the weekend where we celebrate the progress we’ve made together,” said Tory.

Tory said Bryan had made a strong case for her nomination and demonstrated years of community involvement.

Bryan referred in her statement to her work in the Etobicoke community, her dedication to her religious beliefs, and her charitable work in Canada and Jamaica.

“Had we been notified of them before the vote, she would not have been supported. With the information we have now, I hope Rosemarie Bryan does the right thing and resigns,” Bradford tweeted.

Meanwhile, Count. Josh Matlow says he doesn’t believe anyone who supports hate and bigotry should be a Toronto city councilor or hold public office.

“This is a disgrace. Rosemarie Bryan should not have been appointed and must resign immediately,” Matlow said in a tweet.

I don’t believe anyone who supports hate and bigotry should be a Toronto city councilor or hold public office. This is disgraceful. Rosemarie Bryan should not have been appointed and must resign with immediate effect.

On Friday, the council appointed Bryan as councilor for Ward 1, Etobicoke North. The seat was previously held by Michael Ford, the nephew of Prime Minister Doug Ford, who was sworn in Friday as Ontario’s new minister of citizenship and multiculturalism.

Bryan’s appointment was effective immediately and would run until the current term expires on Monday, November 14.

“I don’t want to hurt anyone who has supported me and I remain committed to helping my community in any way I can,” Bryan said in her statement.

“So I’ve canceled this appointment effective tonight – I believe it’s the best way to serve everyone who loves and supports me and the people of Etobicoke North.”