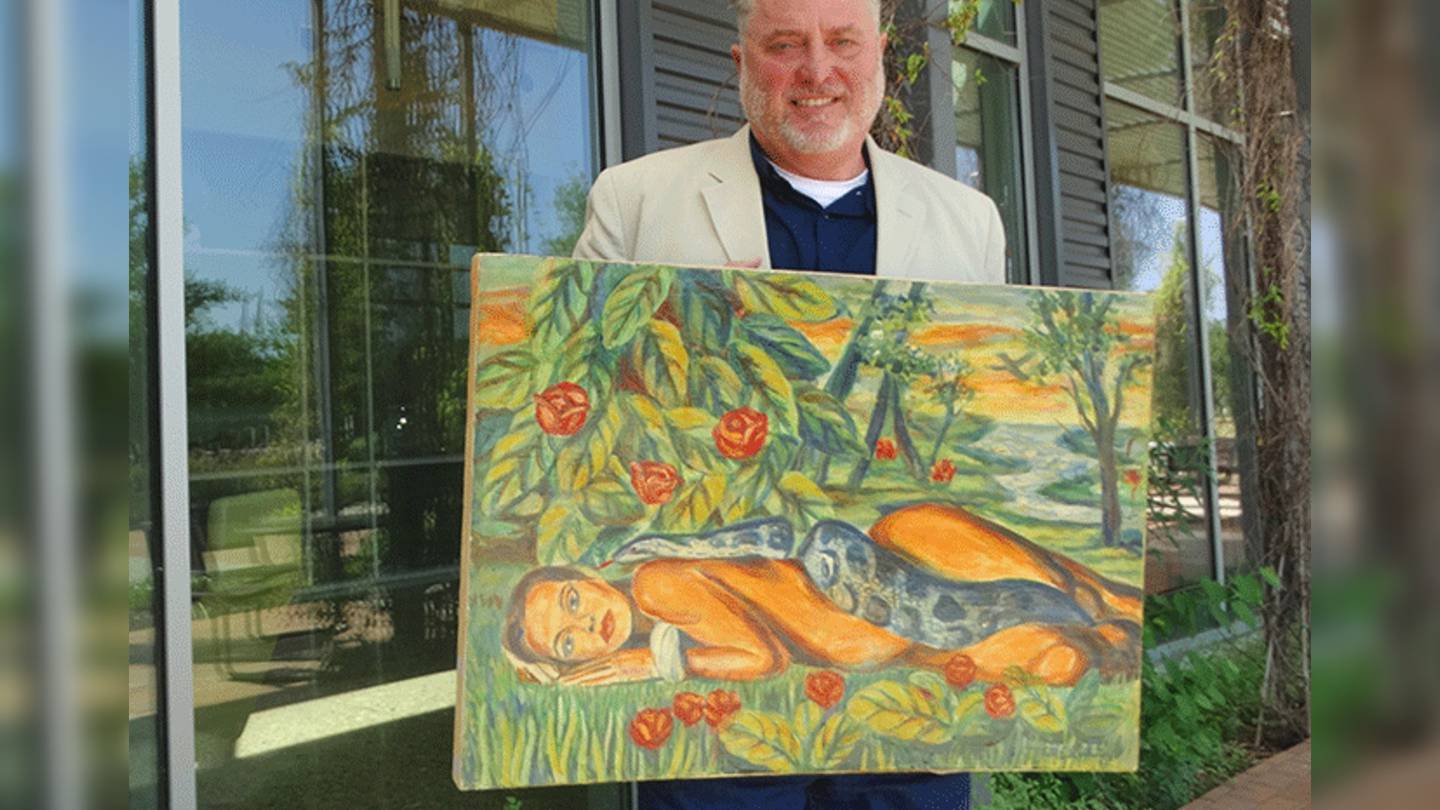 Texas professor finds Keith Bankston painting invaluable in Georgia thrift store William Pugh discovered that there was a clear signature of the artist on the painting that read ‘Keith Bankston’. (NCD)

A professor shopping at a thrift store in Georgia made an incredible find and discovered an early work by an American artist.

William Pugh, an assistant professor at the University of Texas at San Antonio, was shopping at a thrift store in Covington, Georgia, when he found a painting that appealed to him, the university said in a press release. Pugh, who was with his wife, said he was drawn to the biblical themes of the artwork and bought the painting.

The artwork was painted by Georgian artist Keith Bankston, who Pugh discovered after noticing the distinct signature in blue in the lower right corner of the painting. The painting, titled “Eve in the Rose Garden,” is from 1982, the San Antonio Express-News reported.

Pugh researched the artist after returning home and learned more about Bankston, whose life was cut short by AIDS in 1992. As part of his research, Pugh found that the Tubman African American Museum in Macon had multiple paintings by Bankston as part of its collection, UTSA said in a press release.

Pugh donated the painting, which he bought for $125 at the thrift store, to the museum, UPI reported. The museum is currently in the process of determining the painting’s value.

“Even if it’s worth significantly more, I’ve always tended to donate it,” Pugh said in a statement. “The Tubman Museum in Macon is the perfect place for it.”

UTSA officials said in their press release that the painting arrived at the museum on July 20 and would be added to the gallery’s permanent collection of African American art.