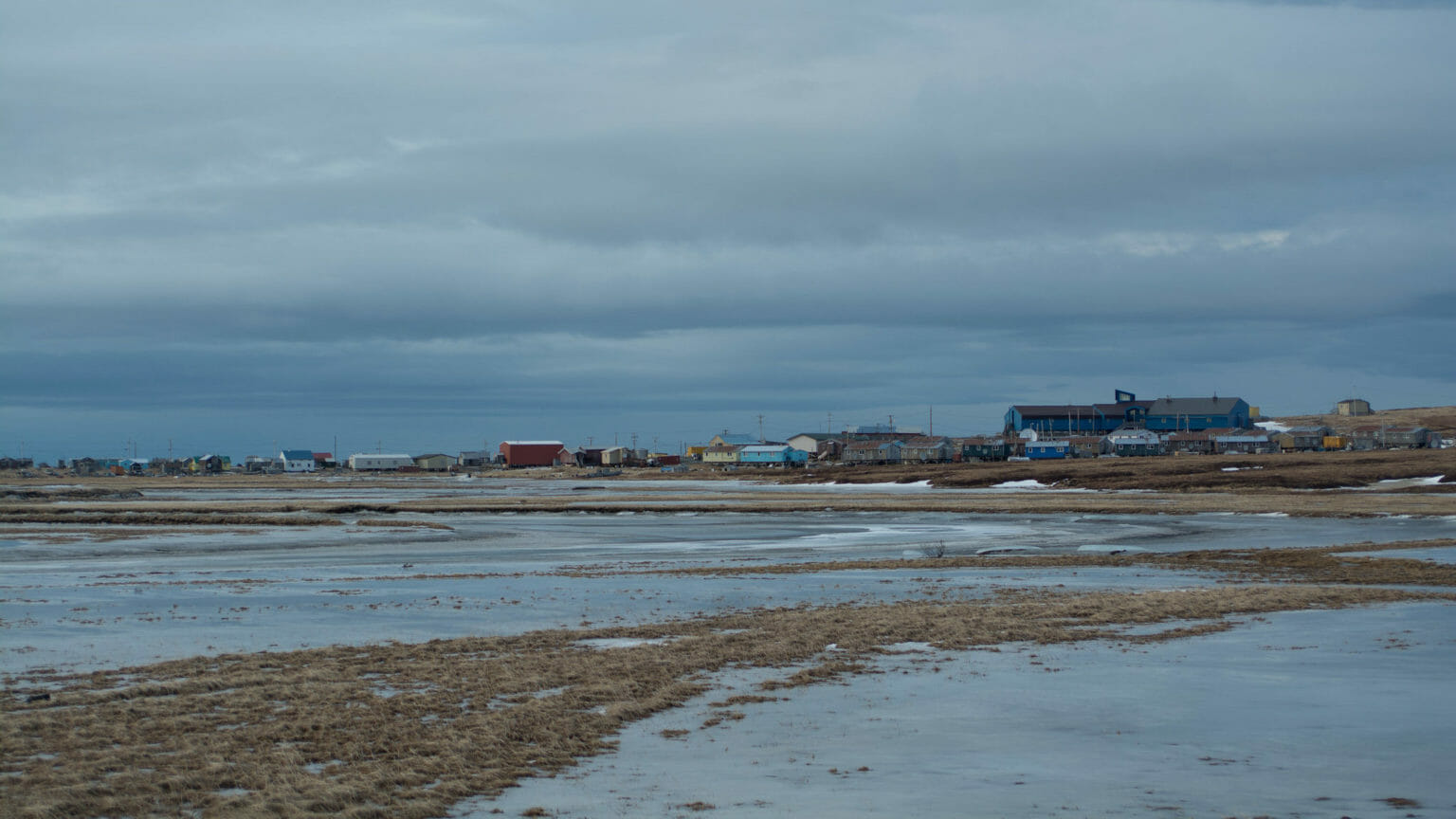 When a fire swept through Tununak’s laundromat in February, people had no easy place to wash their clothes. The fire also damaged the community’s internet infrastructure, causing half of the village to go down.

Without the internet, residents say it’s difficult to complete everyday tasks, such as uploading documents or ordering supplies online. And it makes it harder for people to do their jobs.

“I don’t have access to the internet or email,” said Alvina Whitman, who started a new job in March as an Indian child welfare worker. “I feel like I’m missing a lot.”

Whitman said she missed important meetings and training for her new job. And it affects the children she’s trying to protect.

She has missed the Office of Children’s Services hearings, where decisions are made about whether or not to remove a child from the care of their guardians. She said that due to the outages, she can only be notified of the hearings via email.

Whitman has not only lost internet in her office, she has also lost it at home. She can access the internet through her phone’s data plan, but she said the service is spotty and slow. She said that makes it harder for her to order supplies online.

“Sometimes I forget to order or end up not ordering because the internet is so slow,” Whitman says.

Once she couldn’t order diapers for her baby. She ran out and ended up having to buy a package from Bethel, which was about $60 more expensive than online.

According to GCI, the internet outage affects five businesses and 12 homes in Tununak. But Tununak’s tribal administrator, Xavier Post, said it hit about 45 homes. That’s more than half of the community.

The internet is also off in the tribal manager’s office. It makes his job a lot harder. He spends a lot of time using the internet to file financial reports and apply for grants, but he said the tribe may have missed grant deadlines.

“We are postponing our reports. It’s very frustrating. The internet we have now takes up most of our day,” Post said.

Each task takes him double or triple the usual amount of time. He gets by without internet at work by texting pictures of the tribe’s financial records to an adviser in Fairbanks, or by lugging his work computers home and using his personal internet.

GCI spokesperson Heather Handyside said she understands where Post is coming from.

“I can certainly understand why people are frustrated. I know connectivity is a necessity. It’s not nice to have, it’s a must,” she said.

Handyside said the company had been waiting for a cable for months. Now they are waiting for specialized technicians to install it. She said both delays are caused by general supply chain problems and increased demand for broadband.

“Unfortunately, a big piece of this was, you know, the main gear we needed – it was just out of our hands,” Handyside said.

In addition to waiting for the internet, Tununak is also waiting for a temporary washeteria from the state of Alaska. Internet outages have made communication with the state slow. Tribal administrator Xavier Post said the process of getting the washheteria has been delayed, but he still hopes they’ll have it sometime this summer.