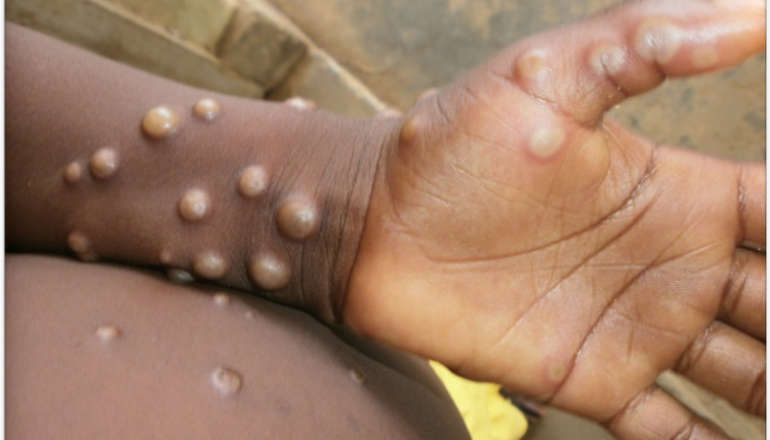 Two people have been diagnosed with monkey pox in London, the UK Health Security Agency (UKHSA) has confirmed.

Sky News reports that the couple live in the same household and are not linked to another person who was diagnosed with the disease in England earlier this month.

The viral infection is similar to human smallpox and usually causes mild illness, with most people recovering within a few weeks.

One of the last people to test positive is being treated in the expert infectious diseases unit at St Mary’s Hospital, Imperial College Healthcare NHS Trust in London.

However, the other person is in isolation and does not require hospital treatment, the UKHSA said.

Health officials said they are now investigating where and how the latest cases have been infected.

They also said that people who may have been in close contact with the two people will be contacted and given health advice.

dr. Colin Brown, Director of Clinical and Emerging Infections at the UKHSA, noted the importance of remembering the infection “does not spread easily between people and requires close personal contact” with someone who is symptomatic.

“The overall risk to the general public remains very low”, he added.

The case announced earlier this month involved a person with recent travel history from Nigeria, where they were believed to have contracted the infection.

At the time, the person was to be treated in the infectious diseases ward of the Guy’s and St Thomas’ NHS Foundation Trust in London.

What are the symptoms?

The first symptoms of monkeypox are fever, headache, muscle aches, backache, swollen lymph nodes, chills and exhaustion, according to the UKHSA.

A rash may also develop, which changes and goes through several stages before forming a scab, which later falls off.

According to the NHS, it is mainly spread by wildlife in parts of West or Central Africa and the risk of catching it in the UK is very low.

According to Public Health England, the infection was first discovered in 1958 when outbreaks of a smallpox-like disease occurred in monkeys kept for research.

It was not until 1970 that the first human case was recorded.