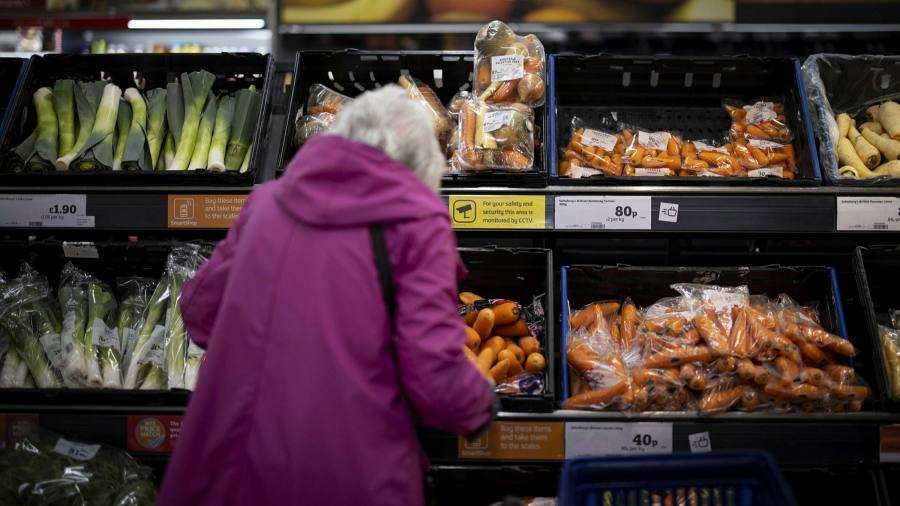 British retailers have warned Prime Minister Boris Johnson that his plan to reduce imperial measures will push up the price of goods – as they require relabelling – just as consumers face the worst cost of living crisis in a generation.

The British Retail Consortium, which represents some of the largest supermarkets and chain stores in the country, said reintroducing measurements in pounds and ounces would be a “distraction” from the huge problems facing the country.

BEIS, the business division, will launch a consultation Friday to see if retailers should be able to sell products in imperial sizes instead of metric.

The move has already been labeled a “benefit” of Britain’s departure from the EU and has been embraced by some pro-Brexit politicians.

However, critics have accused ministers of crafting the policy in an attempt to distract the public from the ‘partygate’ scandal and an economic crisis caused by rising energy prices, which have left Johnson’s ruling Conservative party lagging in opinion polls.

Andrea Martinez-Inchausti, deputy food director at the BRC, said supermarkets focused on providing the best value for money for their customers at a time of “intense” inflationary pressures. The price of groceries has risen by about 6 percent in the past year.

“Introducing new laws to change the way we measure food and drink would both distract from this vital task and increase the cost and complexity of relabelling existing products,” she said. Martinez-Inchausti pointed out that stores were already allowed to declare imperial sizes in addition to metric sizes.

Britain formally adopted the metric system in 1965, with some exceptions such as milk and beer, which are still sold in pints.

A group of fruit and vegetable merchants called the “Metric Martyrs” came to prominence 20 years ago when they launched a campaign for merchants to sell products in Imperial units.

But although the EU originally ordered the UK to stop using imperial units in addition to the metric system, it dropped that question in 2007.

Joe Harrison, chief executive of the National Market Traders Federation, said there was little point in switching stalls back to imperial when most young people had grown up with metric measurements.

Harrison told the Daily Telegraph the shift would be a “hassle”, adding: “For what purpose? Looks like it would just stick to the past, nostalgia.

Meanwhile, the Chartered Trading Standards Institute has expressed concern over the idea of ​​reintroducing imperial metrics, warning that the move had the potential to “confuse” customers who have only ever been taught metrics.

John Herriman, chief executive of the CTSI, said the real impact of proposed changes needs to be understood.

“We understand the desire to create a feel-good factor, especially at a time of major economic challenges,” he said.

“But at a time when consumers and businesses are already bearing the brunt of higher prices and inflation, it’s really important that any proposed measures don’t fool the public about the value for money and the prices of everyday items, or cause unnecessary costs. . and business confusion.”