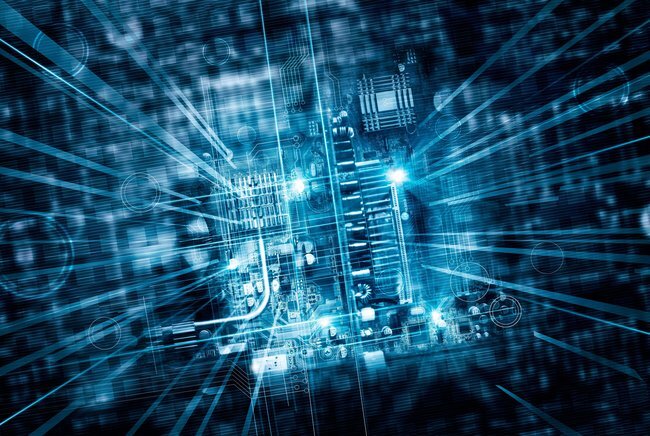 Bottlenecks in the development of MRAM

Have you ever experienced an unexpected shutdown of your computer, losing documents during the process that you spent hours working on? Magnetic random-access memory (MRAM) technology focuses on manipulating electron spin to solve such a technical failure. Within MRAM bits, data is written by reversing nanomagnets. Thus, with MRAM, data can be stored in a sustainable way when the power is off, computers start up faster and the devices use less power.

In the past 25 years, two major generations of MRAMs have been invented and marketed. The earliest MRAMs use a magnetic field to write the bits, while the most modern MRAMs implement a spin current-based method. However, the data writing process of these MRAMs is hampered by a lengthy challenge: the speed is limited to the nanosecond regime and consumes a lot of power.

In this dissertation, Luding Wang of the Physics of Nanostructures research group of the Department of Applied Physics integrates a rapid development in ultrafast photonics, the femtosecond (fs) laser: the fastest commercially available incentive for humanity to break the nanosecond speed limitation, making it a thousand times more energy efficient.

In this double doctoral project, researchers from Eindhoven University of Technology (TU/e) led by Prof. Dr. Bert Koopmans, and the Fert Beijing Institute at Beihang University, led by Prof. Dr. Weisheng Zhao, have developed the first proof-of-concept of this spintronic-photonic memory using an interdisciplinary mindset.

Inspired by the femtosecond laser-induced all-optical switching (AOS) schemes in synthetic ferrimagnetic multilayers discovered by TU/e ​​in 2017, integration with MRAM bits has emerged as a competitive route to MRAM design of the next generation. From his Ph.D. research, Wang reports on the design and characterization of such a “hybrid” opto-memory device, invented an opto-MRAM bit cell. It shows a world record write speed of 20 picoseconds (ps), which is 1-2 orders of magnitude higher than current state-of-the-art MRAMs, with improved energy efficiency (≈ 100 femtojoule to a 50× 50 nm2 bits).

This first step towards the development of an “opto-MRAM” is a promising start for a unique non-volatile photonic memory. It enables direct conversion of optical information to magnetic information, without intermediate energy-expensive electronic conversion steps. Moreover, the experimental results represent an important step forward to stimulate further fundamental scientific studies combining the domains of spintronics and photonics.

Provided by Eindhoven University of Technology