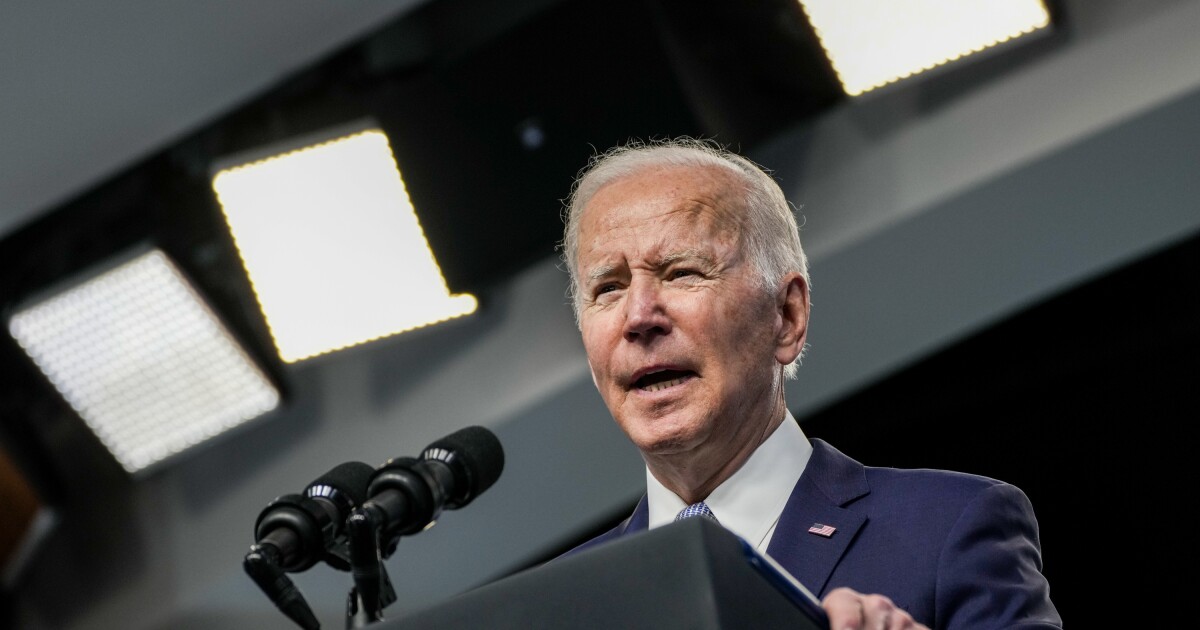 The Biden administration plans to exclude Cuba from the upcoming Summit of the Americas, a major global gathering to be held in Los Angeles in June that typically welcomes all governments in the Western Hemisphere, a senior US official told The Times. .

The summit, held every three or four years, will be convened in the United States for the first time since the inaugural session in Miami in 1994. Los Angeles was chosen as the location earlier this year.

The government’s refusal to invite Cuba is likely to infuriate several other Latin American countries as President Biden and the State Department try to repair damaged relations in the region.

“We expect the democratic nations of our hemisphere to come together for conversation,” Brian Nichols, assistant secretary of state for the Western Hemisphere, said in an interview referring to the summit.

Cuba, he said, is definitely not part of that group, especially after demonstrations last July in which Cubans demanded political and economic freedoms. Many people were arrested and at least one died. In addition, Washington has opposed Russian influence in Communist-ruled Cuba, its lack of freedom of expression, and its record of human rights.

Numerous proponents who support improved relations with Cuba — including some in Congress — had hoped that the Biden administration would reopen diplomatic, political and trade ties with the island that had been frozen by former President Trump. Trump returned a first and historic opening initiated by then-President Obama, who sought to end a half-century of Cold War hostilities.

However, President Biden has done little to reverse Trump’s rebukes against Cuba, including adding the country to a US government list of state sponsors of terrorism. And the government is only slowly restoring US consular services in Havana that would help Cubans obtain visas for legal travel.

In addition, a US policy on remittances, money that people, including Cuban Americans, can send to islanders remains “under review,” which is a lifeline for many. U.S. airline flights, travel by U.S. tourists, and cultural exchanges also remain problematic without clearer government guidance.

Meanwhile, a severe economic embargo on the island dating back to the Eisenhower administration remains in place.

The hard line on Cuba seems to have been handed over to the Summit of the Americas.

For many summits after the inaugural session, all held in Latin America or the Caribbean, Cuba has not been invited or has declined an invitation. More recently, however, the government has begun to get involved, despite engaging in practices that other members of the region’s diplomatic agencies, such as the Organization of American States, have strongly condemned.

The US decision, which has not yet been formally announced and will eventually be made by Biden, is already drawing criticism in the region.

In addition to Cuba’s opposition to the move, officials in Mexico, a key US ally, expressed dissatisfaction. In a phone call last Friday, President Andrés Manuel López Obrador urged Biden to invite all countries in the Western Hemisphere to the summit, “without excluding anyone”.

Mexican Foreign Minister Marcelo Ebrard held closed meetings in Washington on Tuesday with his American counterpart Antony J. Blinken. Ebrard later said at a news conference at the Mexican embassy that he had asked Blinken to reconsider refusing invitations to Cuba, as well as Nicaragua and Venezuela, which are also expected to be barred. Ebrard said he got away without a definitive answer.

On April 11, 2015, on the sidelines of a Summit of the Americas in Panama, then-President Obama met and shook hands with then-President Raul Castro of Cuba, the first contact between the two countries’ leaders in decades. Obama said at the time that he believed the two countries could disagree in “the spirit of respect and civility” and that the time would come “to turn the page”.

Within months, the two rekindled diplomatic ties between their countries, reopened several economic and trade deals, and Obama took a historic trip to Havana.

Trump reversed those actions, ended travel and remittance freezes, and returned diplomatic overtures. And Biden has not chosen to reinstate Obama’s diplomatic approach.

The US is also unlikely to invite Nicaragua to the Summit of the Americas, where President Daniel Ortega has sparked what the US and many other nations and democracies have called a mock election, giving him yet another term in office.

And Venezuela is always the skunk at the picnic, shunning President Nicolas Maduro at most international gatherings. The question is whether Biden will invite Juan Guaidó, a Venezuelan opposition leader whom the US government has recognized as the country’s rightful leader despite little effective domestic support.

Still, some questionable democracies will be invited because of the coercive ties they have with the United States, Nichols and other officials said.

El Salvador, for example, has such long-standing ties to the US, dating back to the civil war in the 1980s — in which the Reagan administration supported the Salvadoran government and numerous American church and civil rights groups supported the opposition — that it didn’t rule out the country, Nichols said.

“We clearly have deep and long-lasting ties to El Salvador and their millions of Salvadorans in the United States,” Nichols said, noting that ties were particularly strong with Southern California.

“We have very substantial differences with President [Nayib] Bukele on a number of issues, in particular those related to democracy, the separation of powers and transparency, [yet] I believe it will be important for El Salvador to participate,” Nichols said, referring to Bukele’s recent actions to erode judicial independence and silence dissent and journalists who criticized his government.

The summit will be a forum to discuss immigration, trade, climate change and ways to strengthen democracy, among other things. Nichols said it is likely that the region’s leaders will issue a “Los Angeles statement” on promoting “safe, humane and orderly migration” and ensuring that migrants “can be protected where they are, and opportunities exist.” to stay in place.”