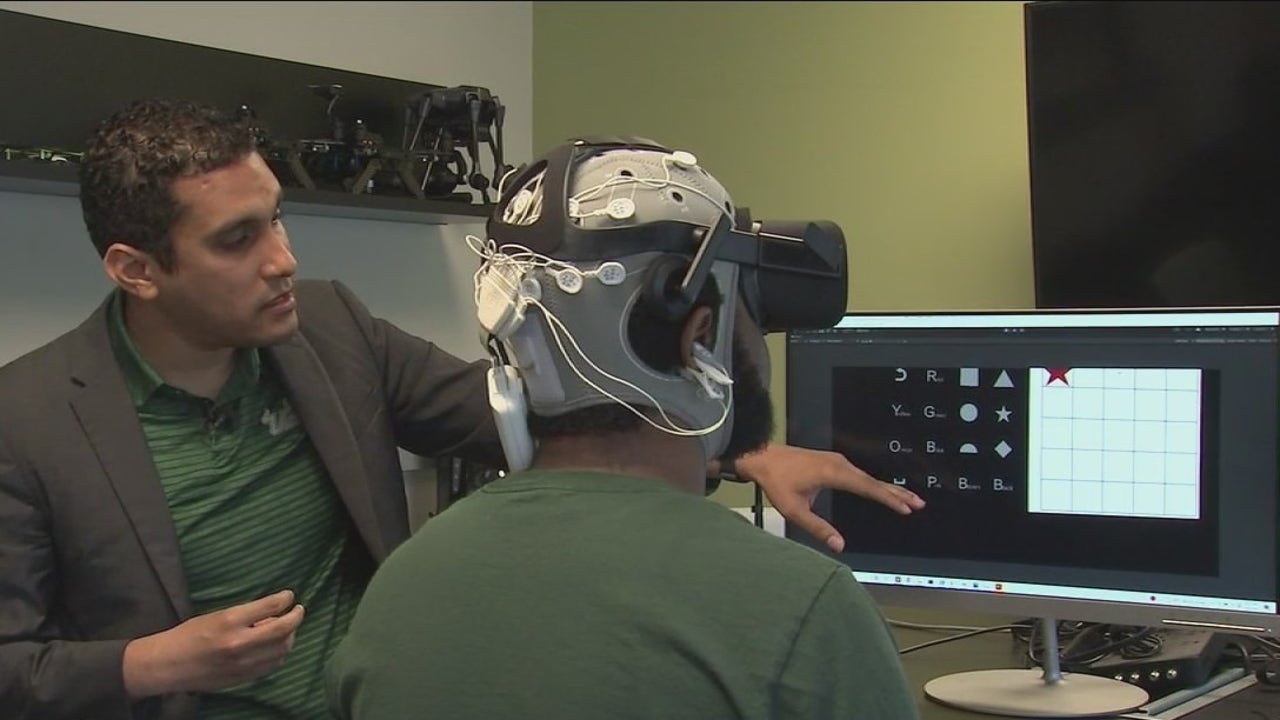 TAMP, FL. † It’s possible to create a painting using just your brain and help treat ADHD through a program developed by a professor at the University of South Florida.

The computerized program is called ‘brain painting’ and is the brainchild of USF researcher and professor Marvin Andujar. He said the project started with his work with brain-controlled drones, and then students came to him for help with focus and concentration in classes. The program may use a virtual reality headset or a special cap to capture your concentration.

“This was measuring their level of attention with the brain while studying. Even if they weren’t diagnosed with ADHD, they feel like they get distracted very easily, and they’ll always ask how I can get something like that,” Andujar said, ph. D, an assistant professor in USF’s division of computer science and engineering and the laboratory director of Neuro-Machine Interaction Lab.

He said that brain painting not only helps with concentration, but also mental health, and it trains students in a new way to treat their ADHD or attention deficit/hyperactivity disorder.

“If someone is relaxed or focused, they can show that and express their brain activity in an artistic way,” Andujar said.

He said he has completed a study with 10 to 15 students and plans to start another next month.

“When it comes to brain painting, we’ve already had feedback from the students, even those who use Adderall, that they don’t want to use these types of tools as a replacement for the drug but as training,” he said.

It trains the brain to think about the abstract image. The bigger picture reaches beyond the lab.

“Ultimately, everyone is supposed to be using this at home,” Andujar says.

He said he also wants to expand research to see how well brain painting can treat children with ADHD.

“As an adult, I kind of tell them to use their brains in a way they’ve never used before,” he said. “For kids, they’re more creative, more agile, so they can adapt faster while they’re still growing.”

He added that he is open to parents who contact him about the future study for children. Another goal is to showcase the brain paintings as an art exhibit and even turn them into NFTs so the students can own their art, Andujar said.