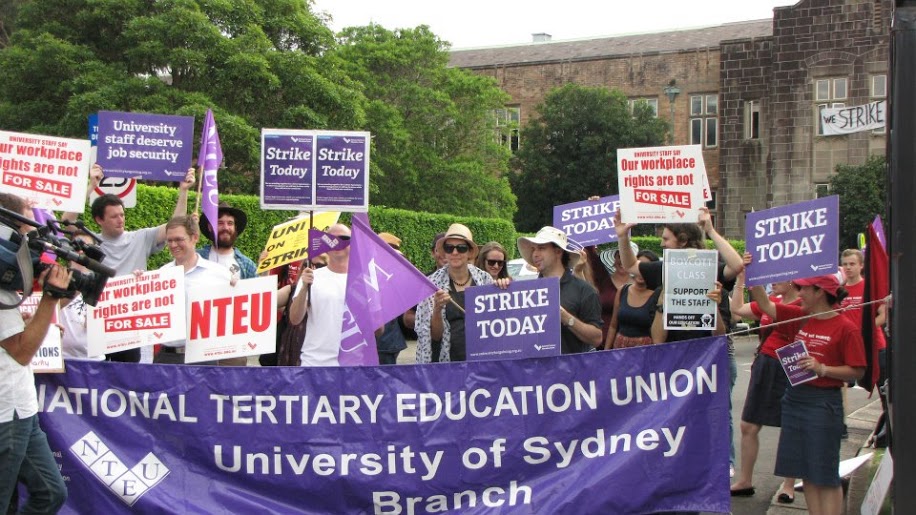 Members of the USyd branch of the National Tertiary Education Union (NTEU) have voted for a 24-hour strike in week 3 as negotiations with the university enter its 13th month.

More than 93 percent of the approximately 350 members in attendance supported a motion acknowledging the university’s failure to address many of the top staff concerns, including real wage increases beyond inflation and ending unemployment. compulsory redundancies and incapacity for work.

The upcoming strike, scheduled for Wednesday, August 17, will be the third wave of strikes during this year’s renegotiation of the Enterprise Bargaining Agreement (EBA) between union members and university administration.

Nick Reimer, president of the USyd division, acknowledged that several days of strikes were likely ahead and led discussions about the most strategic way the union should deal with management, noting that marking bans had been ruled illegal by the government. Fair Work Commission and other forms of action varied in terms of their impact on campus income and outreach.

“Members voted to strike on August 17 and then on Open Day because we know how hostile the VC and Provost are, and we are ready for a prolonged and escalating campaign of industrial disruption until we get the results we so desperately need ,” Reimer said.

“We are in this for the long term. Management clearly wants to exhaust us,” he said.

Members favored a 24-hour strike rather than a 48-hour strike, agreeing to take additional measures on August 24 during Open Day in the event that management is likely to disagree with the NTEU’s log of demands .

In the wake of last semester’s union action, the university has acknowledged in negotiations that staff are concerned about job security as a result of their systematic reliance on long-term casuals.

The university recently recognized that there are currently 350 full-time equivalents filled by PhD-qualified casuals, who together carry out the teaching equivalent of 880 teaching and research staff.

The union negotiating team also reported to the meeting of NTEU members that the wage increases offered so far by management were all below inflation, and that the staff were essentially asked to agree to an effective wage cut. These negotiations are taking place in the context of the university posting a $1.04 billion surplus in 2021.

NTEU members will hand out leaflets in the run-up to the Redfern Run to encourage student solidarity with staff and the strikes.