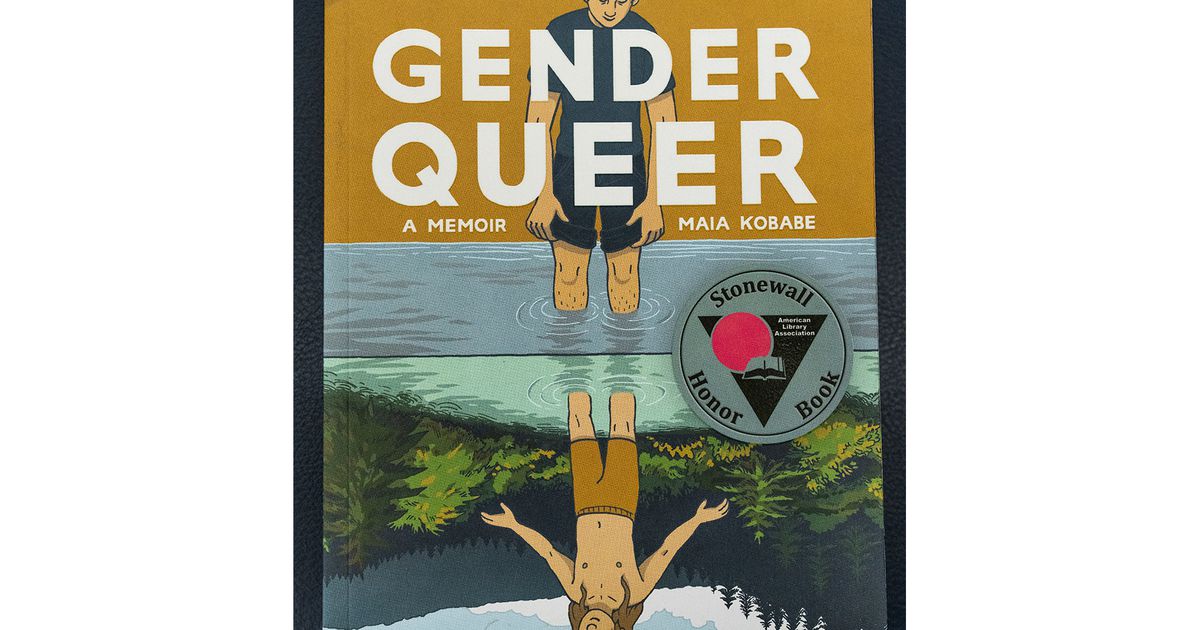 Alpine School District has pulled 52 books from its library after parents complained that the titles — which are largely aimed at the LGBTQ community — are inappropriate for children.

Next week, the district’s board members hope to pass a policy that will guide them in making decisions about returning those books or removing them permanently. And after that, there are 32 more that the district has marked for further investigation as well.

It’s the latest front in Utah in a national culture war centered on literature that has hit several school districts across the state, where conservative parents argue the books should be banned because they contain pornography.

“We haven’t had a book burning or anything like that,” said Alpine spokesman David Stephenson. “But we’re proactive with those we’ve heard concerns about.”

Stephenson said the district, which is the largest in the state with 84,000 students, has temporarily removed the books from school libraries after an internal audit over parents’ concerns. The books have been put away with students (who are currently on summer vacation) until Alpine can conduct a “content review”.

Alpine’s school board is establishing a policy to look at the books in question, and once there is, the books will be formally reviewed.

But several First Amendment proponents are speaking out, saying it’s a violation to remove the books for it — especially when many of the titles deal with historically marginalized groups, including the LGBTQ community and authors of color. They say it feels like an attempt to silence those voices.

“Students have a right to learn about the variety of human experiences and perspectives these books offer,” Jonathan Friedman, director of free speech at PEN America, said in a statement. The organization defends free speech across the country.

Friedman said 21 of the titles on the Alpine list feature LGBTQ characters or themes.

(PEN America) PEN America has listed the 52 books that have been removed from shelves in the Alpine School District.

The list includes four oft-challenged books: “Gender Queer,” a graphic novel about the author’s journey to self-identity with some scenes of illustrated figures engaged in sexual behavior; ‘Lawn Boy’, which centers on a gay protagonist and includes a scene about a sexual experience he had at a youth group meeting; “All Boys Aren’t Blue,” which contains an autobiographical passage describing an older cousin who molested the author when he was a young boy; and “Out of Darkness” about the relationship between a young Mexican-American girl and a black teen in 1930s Texas.

The book list also includes a collection of poetry, “Milk and Honey,” by Rupi Kaur and a nonfiction title, “Queer: The Ultimate LGBTQ Guide for Teens.”

One of the books on the list may seem misidentified simply because of its title. It’s called “SEX: If you’re afraid of the truth, don’t read this!” The author advocates abstinence, which is what the law teaches in schools in Utah.

The push to ban the books has been prompted by members of a conservative parent group here called Utah Parents United, who have been cheering the takedown on social media over the past week — sharing the list of books to pull sent to district librarians. and called it “a great victory.”

The group has also led efforts in other districts, including against nine books in the Canyons School District and five in the Washington County School District.

She told police that the books violated state law because they contained pornography.

That report states, “She stated that she wanted to file a criminal complaint against the school district and have the matter investigated.”

The group’s efforts over the past year have sparked a tug-of-war between state leaders, anti-censorship advocates and librarians to determine what crosses the line in youth books.

Stephenson of Alpine District said policies there will be based on that new law, as well as guidelines newly drafted by the Utah State Board of Education and the Utah Attorney General’s Office that should help districts formulate policies for assessing challenged books.

Districts should have their grading system set up by September 1, and it should include a committee that reads each book questioned and makes a decision on the value of the title as a whole, rather than just one potentially inappropriate passage. There should be a balance with the First Amendment and kids have a right to see what materials they want.

The Attorney General also noted in his opinion: “While there is no specific law that requires books to be left in the library when faced with a challenge, it helps to leave books on the shelves while they are being used.” waiting for assessment to ensure that schools do not act with restraint sooner. ”

However, Alpine has chosen not to leave them on the shelves. Stephenson said not every library has the books on the list; some have none.

Utah Parents United said it is celebrating that decision.

“We can encourage them to ensure they are permanently removed from every school in the district under the law,” another Facebook post added.

A father, who has worked with a subgroup called Alpine Parents for Prosperity, also wrote online: “I’ve been very vocal and very critical. Thank you for listening and protecting our children. There is still a lot of work to be done.”

He believes the decision to remove the books saved the district thousands of dollars in fines for violating the law banning pornography in schools.

However, Friedman of PEN America is challenging Utah Parents United, saying that no child has to finish the books if they don’t want to. They are not required reading, he said, but should be available to those interested.

Plus, the examples of sex in the books on the list, including “Gender Queer,” aren’t about excitement, Richard Price, a professor and associate professor of political science at Weber State University who follows censorship in school districts, has previously said.

They deal with relationship imbalances and manipulation – often real experiences from the authors that are meant to show the reader how the situation is wrong and warn them if they are going through something similar.

“It’s about figuring out where your boundaries are and drawing them. That’s very healthy,” says Price.