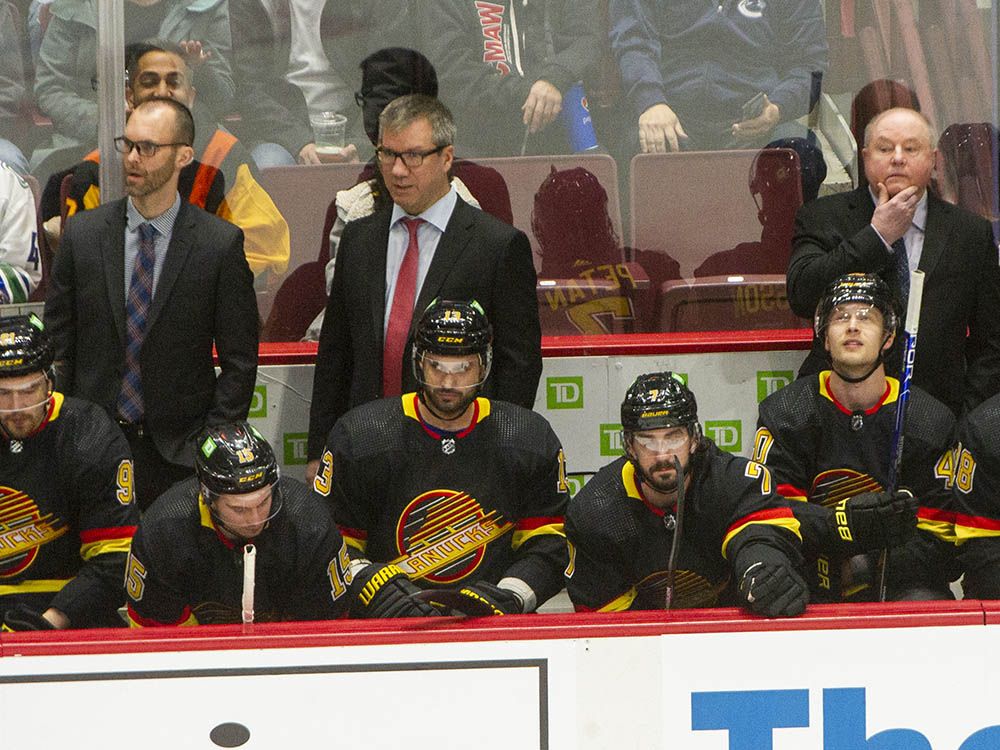 The Vancouver Canucks have confirmed that three assistants will not return to their coaching roles with the team next season.

Canucks GM Patrik Allvin said assistant coaches Brad Shaw and Jason King will return to the bench in 2022-23, while assistants Scott Walker and Kyle Gustafson and video coach Darryl Seward will be absent.

“We would like to thank Scott, Kyle and Darryl for their hard work and contributions to the organization during their tenure at Canucks,” said Allvin. “We are happy with our current coaching staff and look forward to building on the momentum they built last year.”

The team did not say in a brief statement on Sunday whether more coaches will be added in the future.

But the chief executive told Postmedia News earlier in the week that changes are in the works.

When asked if a change was imminent, he paused and then replied, “I think we need a little more time.”

— With a file from Patrick Johnston