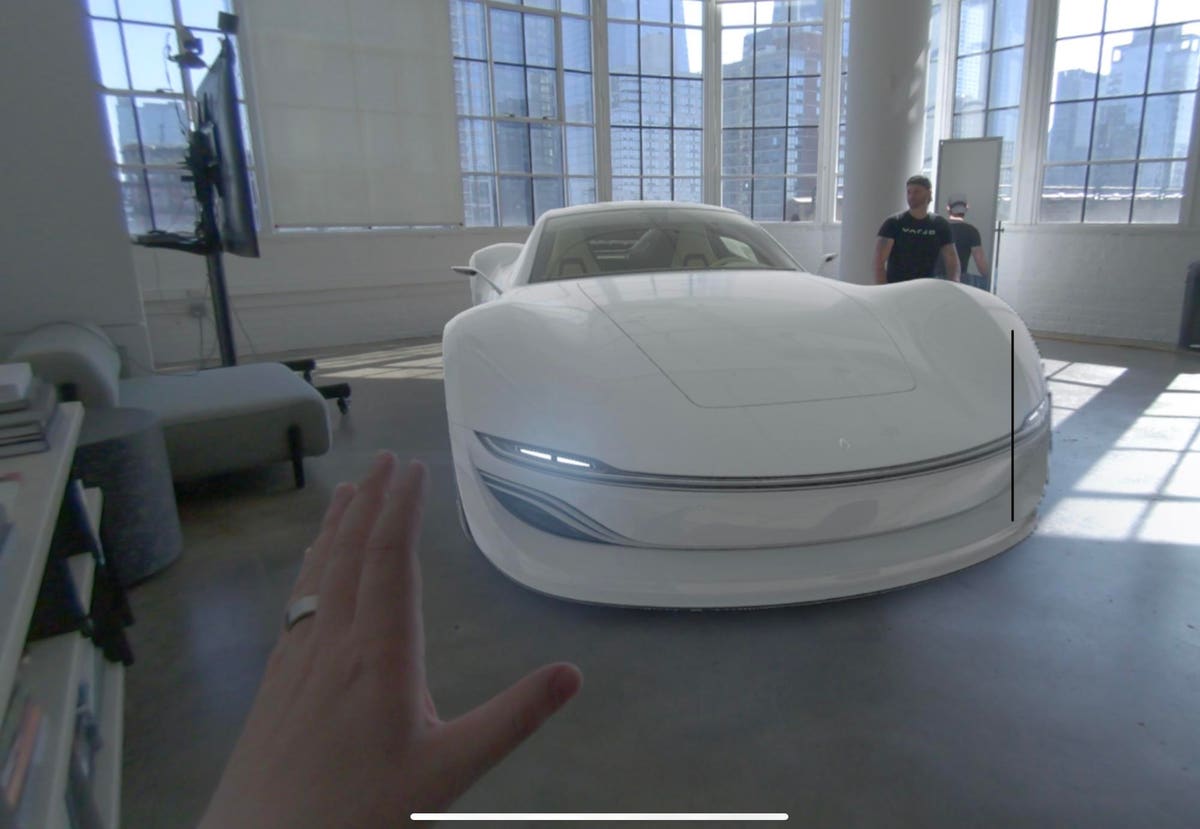 I’ve been following Varjo since it launched its first VR headset just before MWC 2017. Since then, I’ve tried all of his subsequent headsets and products and have been on the front row of the company’s evolution. Varjo now offers a wide range of high-end headsets, including the Aero, VR-3 and XR-3, targeting a diverse group of applications and customers. However, like many in the XR space today, Varjo was and is a business that comes first. As is the case with many emerging technologies, success in the enterprise is the first step toward wider XR adoption and critical to long-term success. Varjo is aware of these dynamics and is involved in several business projects, including partnering with Lenovo and offering its high-performance headset through Lenovo’s ThinkReality platform.

In addition, Varjo has been working on a cloud software solution to provide a virtual space for collaboration between Varjo XR users in a spatial environment. This culminated today in the launch of the Varjo Reality Cloud. Varjo’s CTO, Urho Konttori, and Chief Brand Officer Jussi Mäkinen guided me around the platform via Zoom as I was unable to attend the company’s press tours of NY and SF. I’d like to share my first takeaways from the announcement.

Varjo’s Reality Cloud aims to enable its many different Varjo headset users to collaborate without barriers in a shared virtual space. The Varjo Reality Cloud (VRC, not to be confused with the long-forgotten Virtual Reality Company) runs on Amazon’s AWS cloud services (AWS EC2 G5) with NVIDIA’s A10 GGPUs with ray tracing capability. One of the unique secret sauces of the PRC is the use of a foveated transport algorithm. This is different from foveated rendering which is done locally. Foveated transport allows the Varjo Reality Cloud to determine exactly where a user’s eyes are focused, display that in full resolution, and stream the rest at a much lower resolution. The foveated transport algorithm allows users to stream immersive high-fidelity content from VRC to their headsets with lossless visual fidelity, a 1000:1 compression rate and a bandwidth of just 35 megabits per second. This is equivalent to streaming a 4K HDR movie on most services, which is relatively low considering this is a high-fidelity XR experience with 3D visuals.

Varjo’s primary demonstration of VRC used Autodesk’s VRED for car design. Jussi demonstrated how to walk around the virtual vehicle and then look through the virtual windows of the car. I could see him through those windows, even though the car wasn’t real – a breathtaking moment for me. The company plans to enable more applications than just car design — Varjo says it will open up the platform to more developers, including those who use Unity and Unreal Engine for their projects.

Additionally, Urho and Jussi demonstrated how engines like Unreal can take advantage of VRC to show what virtual humans might look like in the Metaverse if quality wasn’t sacrificed to conserve GPU computing power. Varjo says it will soon support non-headset devices like the iPad, but there’s no concrete info on that yet.

In both demonstrations, the way the VRC rendered and streamed virtual objects felt almost seamless. I hope the platform will help Varjo expand the footprint of its headsets to a wider range of systems, such as laptops that were previously not powerful enough to power Varjo’s high-fidelity XR experiences. Previously, Varjo headsets required systems with high-performance 300W+ GPUs in desktop computers. Now, in theory, the VRC can use any PC to securely stream VR content from the cloud, rather than having to do everything locally. Varjo’s Reality Cloud is currently available for $1,500 per month for five concurrent Autodesk VRED users. The company says it will expand to more applications over time.

Varjo is not alone in this space. Campfire also offers its own headset and holographic collaboration solution that leverages Amazon’s AWS cloud, which already supports iPad and non-headset users. While I believe that Varjo has some overlap with VRC and Campfire as complete solutions, their approaches are slightly different and target different users. Ultimately, I think the two platforms will serve different customers and solve different problems, while expanding the overall XR market.

The Varjo Reality Cloud is an example of how the XR industry is moving towards platform-based solutions that seek to integrate existing tools and improve existing workflows. Of course, Varjo’s Reality Cloud also creates another recurring revenue stream for the company on top of the headset software licenses it already charges. I don’t think everyone with a Varjo headset will want to use VRC, even if their applications are supported (especially defense customers). Still, I saw it become popular in high-fidelity applications such as product design and engineering, including automotive. Enterprise Spatial Collaboration continues to grow as an industry and I believe this will encourage more business users to adopt XR headsets across organizations, not just the tech departments. I’m excited to see what the added computing power of the VRC enables for what was already one of the most high-fidelity premium headsets on the market.

Disclosure: My company, Moor Insights & Strategy, like all research and analyst firms, provides research, analysis, advice and/or consultancy to many high-tech companies in the industry. I have no stock positions in companies mentioned in this column.