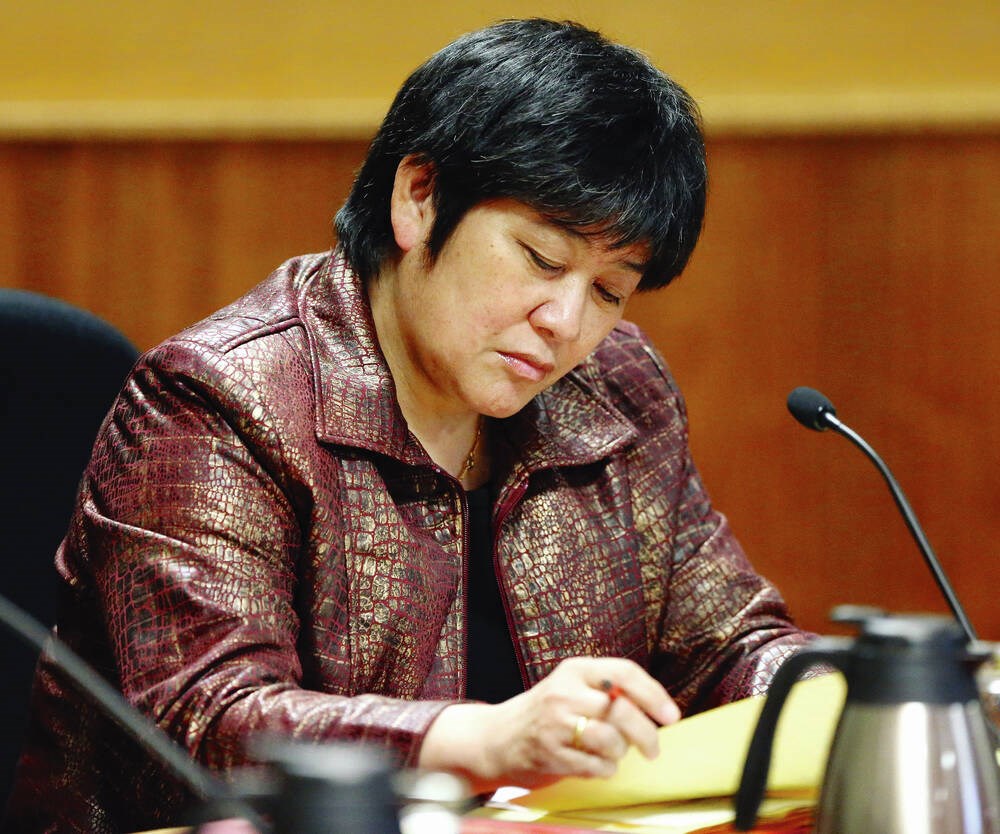 The City Council of Victoria will look very different in the coming period, after Coun. Charlayne Thornton-Joe announced on Friday that she will not stand for re-election this fall.

The City Council of Victoria will look very different in the coming period, after Coun. Charlayne Thornton-Joe announced on Friday that she will not stand for re-election this fall.

Her decision means there will be at least four new faces on the council after the October 15 election.

In a letter to residents of Victoria, Thornton-Joe admitted that she never expected to have served 20 years on the council.

“However, there was always so much work to be done [and still is] and so, with the encouragement of others, I ran again and was re-elected several times,” she said. “It has been an honor for me to serve the Victoria community during my time on the council.”

Thornton-Joe said the reasons for not running this time outweighed why she might have to do it again.

“I’m looking forward to focusing on other aspects of my life that have had to take a back seat over the past 20 years,” she said.

“This includes my health, time with family, opportunities to do more, and extensive travel, to focus on the Chinese-Canadian Museum’s new Fan Tan Alley exhibit, to read the many books I’ve read over the years. gathered to spend more time in my garden. †

Thornton-Joe was first elected in 2002 and has served on the boards of several community groups, including the Victoria Women’s Transition House, the Inter-Cultural Association of Greater Victoria, the Victoria Chinatown Lioness, and the Lion’s Society for Children with Disabilities.

She joins the ranks of Mayor Lisa Helps and Coun. Sharmarke Dubow in deciding not to return in the fall. Dubow announced his decision in the spring, while Helps had said before the 2018 election she would not run for a third term as mayor of the city.

Long term count. Marianne Alto and newcomer Coun. Stephen Andrew is both running for mayor, meaning at least one of them will no longer be sitting at the council table.

The changes shouldn’t end there.

count. Geoff Young said on Friday he is leaning against the idea of ​​going back to running, though he hasn’t made a final decision yet.

“I can leave it open until I see who’s walking and maybe get a sense of the likely direction of the next board,” he said.

“I don’t find my role on the current council very productive. I couldn’t even persuade them to pass a motion a few weeks ago expressing concern about the proposed direction for the [Royal B.C. Museum]†

count. Ben Isitt said he is still considering all options.

“I only talk to family members, talk to community members and am focused on my work at the council table, so no bland announcements or decisions from me at this point,” he said, adding that he would likely make a decision within the next month.

count. Jeremy Loveday and Coun. Sarah Potts could not be reached on Friday.