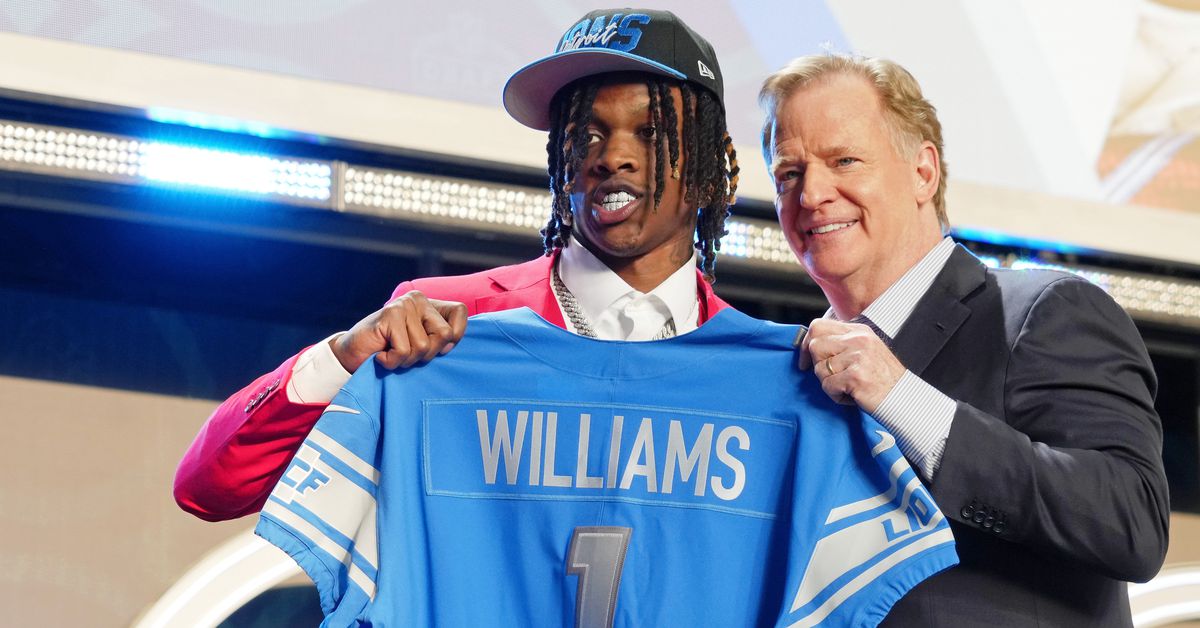 On Thursday, the Detroit Lions drafted a wide receiver. The Green Bay Packers didn’t. Both teams had two first-round picks in the draft, but only Detroit became aggressive and jumped 20 places to secure Alabama’s Jameson Williams.

The Packers have notoriously avoided drafting wide receivers in the first round, but this looked like a year where that could finally change. After Davante Adams traded his way out of Green Bay, the Packers’ receiving corps was decimated. And with the trading seed capital – an additional first and second round pick – many thought this would be the year when things would finally change.

Instead, the Packers watched for an early run on receivers in the draft. Between Pick 8 and 12, four of the five picks were wide receivers, and a fifth and six pass catcher came off the board on 16 and 18 – before the Packers had to be on Pick 22.

Popular Packers fan and YouTube streamer Tom Grossi was live-streaming the first round of the draft Thursday night, and his response to the Lions swapping and pinning the best wide receiver talent is absolute gold:

He didn’t throw anything away in the end, for his own benefit, but the rest of the response is worth your time.

Aaron Rodgers was also live during the draft on Pat McAfee’s live stream. He didn’t seem too surprised that the Packers decided not to add a wide receiver on the first round, given the fall off the board. He noted that the Packers had six receivers with round one numbers on them, and they were all gone by the time Green Bay got on the clock.

But he also had something interesting to say for Lions fans. See:

While we’re all enjoying a bit of Packers Schadenfreude today, it’s worth pointing out that the Packers still have enough seed money to find one or two broad receivers. Green Bay still has 21 (53 overall) and 27 (59) in the second round, as well as a third round pick (92). Plenty of intriguing receivers remain on the board, too, such as Christian Watson, Sky Moore, George Pickens, Alec Pierce, and Jalen Tolbert.

But if you get the chance to fool the Packers, take it.