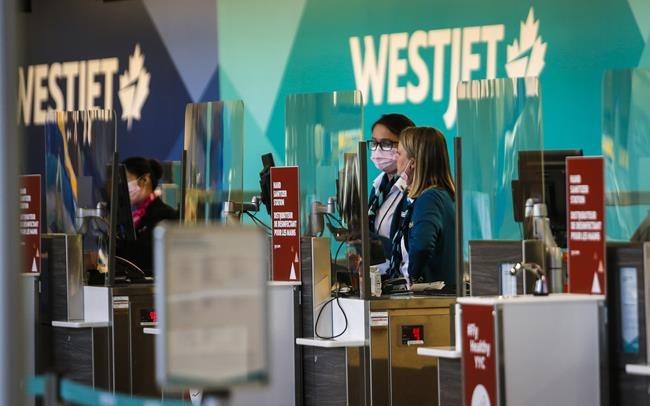 CALGARY — WestJet employees at Calgary and Vancouver airports have voted to strike if they can’t reach a deal with the airline.

Unifor says the local representative, who represents more than 700 baggage and customer service workers, and other employees voted for a 98 percent strike and could resign as early as July 27.

Wages are the key point in talks over the group’s first collective agreement with the carrier, Unifor spokesman Scott Doherty said Wednesday.

“The pay scale has not been increased in over five years, making WestJet’s wages some of the lowest in the Canadian airline industry and no match for soaring inflation,” he said in a statement.

The union also highlighted a “pressure cooker atmosphere,” stating that employees endured verbal abuse and physical threats from travelers whose flights were delayed or canceled by the airline.

“We’re burned out,” said Sherwin Antonio, a member of the negotiating committee for Unifor Local 531 in Calgary, where talks will continue throughout the week.

WestJet executive vice president Angela Avery said the strike vote is a “common step” in the negotiation process and was “not unexpected”.

“We remain focused on successfully negotiating an agreement that provides value to our airport staff,” she said in a statement.

Before taking any strike action, Unifor must operate WestJet with 72 hours notice.

The strike vote comes as airlines and airports struggled to cope with the massive revival in travel this summer after the lifting of COVID-19 restrictions, which uncorked two years of pent-up demand amid ongoing staff shortages and bottlenecks in the economy. the global flight networks.

This report from The Canadian Press was first published on July 20, 2022.