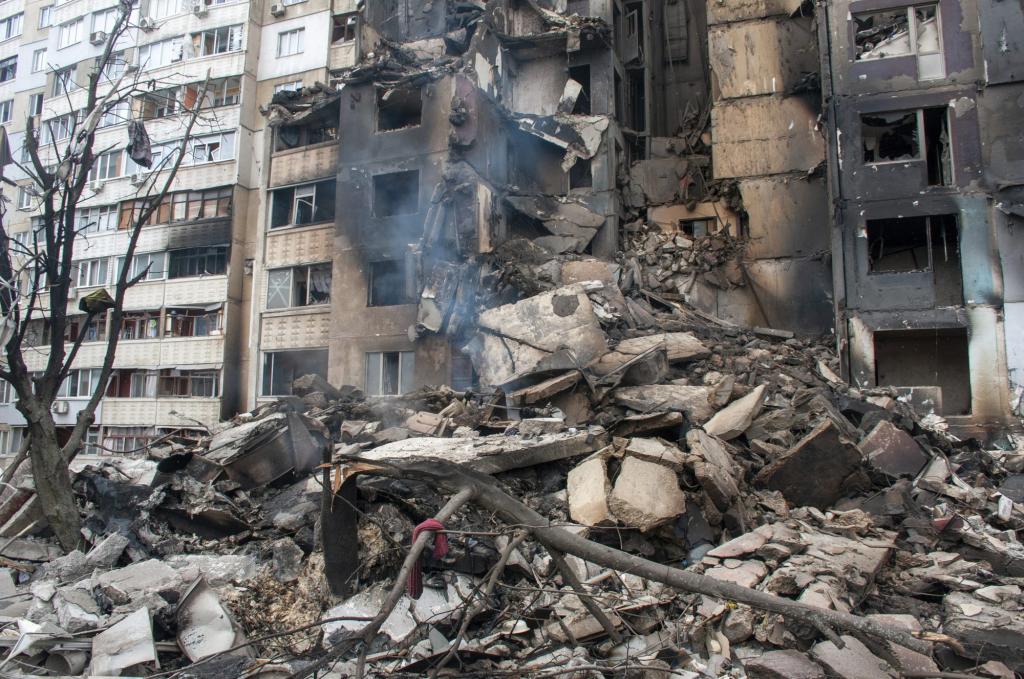 “Dozens or more of non-combatant Ukrainians are killed every day,” and they “become more of a statistic than a tragedy,” laments Alexander J. Motyl in The Hill. “We were shocked when the first Russian missiles hit Ukrainian cities”, “more shocked” when they hit “an infirmary and a theater that serves as a shelter for dozens of children” in the later leveled Mariupol and “even more shocked” by “mass graves in several towns north of Kiev” found in April. “Since then, our capacity for genuine indignation has visibly diminished.” Simply put, “We’ve grown tired of following a genocide-in-the-making,” wishing it ” would just go away and stop meddling in our everyday affairs. Because the only way to stop a genocide is to use some amount of force.”

Eye for inflation: it’s even worse than it looks

“Shrink inflation” — smaller packages sold for the same price — “isn’t fooling consumers for long,” advises Bloomberg’s Virginia Postrel. “People notice when their stuff runs out faster.” Nor does such a contraction pass “people compiling inflation statistics”. Still, “a creeping shrink-flation is plaguing the current economy: decline in quality over quantity.” Its “lost value” is “difficult to capture in price indices”. For example, many hotels have stopped daily cleaning. “For the same room rate, guests get less service.” That’s not “conceptually different from shrinking a bag of chips,” but the consumer price index probably won’t reflect it. Such drops in quality are “exacerbating” and cause consumers to “take themselves for granted”. Unfortunately, they are now “so ubiquitous that even today’s terrifying inflation numbers are almost certainly underestimated.”

The Association of American Medical Colleges’ new Diversity, Equity and Inclusion Competencies, warns John D. Sailer at Newsweek, serve “as a blueprint for injecting the key words of identity politics – ‘intersectionality’, ‘white privilege’, ‘microaggression’ , ‘alliance’ — in medical education.” They “will almost inevitably hinder free speech, politicize medical education and lead to substantially harmful policies.” “DEI programming and policies are already permeating medical education.” Eight of UNC Chapel Hill’s 24 DEI officers “work for the medical school.” Some schools are even rushing to “establish DEI requirements for evaluation, promotion, and tenure.” Not only does this “damage academic freedom and open discourse,” it is “likely to lead to substantially harmful medical policies.” If things continue like this, we may “soon discover that DEI is a poison, not a cure.”

“The US spy guides who signed that infamous deceptive letter, claiming Hunter Biden’s laptop was Russian disinfo, knew what . . . Hunter was doing abroad, because it was their job to know,” says Lee Smith of Tablet. And “America’s two most prestigious newsprint organizations” still won’t admit that “they were wrong” in those allegations. Indeed, “even without a trial, it is clear that Hunter Biden has one of the most maniacally reckless careers in the world.” American history has had,” as well as “a safety net — one billed to the American public.” All in all, “it’s simply the saddest story about an American political family that will never be told.”

“The significant divide between Republicans and Democrats” in views “of higher education has grown into a gap,” warns Commentary’s Jonathan Marks: 76% of Democrats, but only 32% of GOPers see it positively. And “colleges and universities, facing both the short and long-term decline in the number of college-age students, cannot afford to be despised by half the country.” In addition, only 48% of Gen Z, including all of today’s university people, agree “that higher education has a positive impact on the country;” 49% “disagree”. They also agree “less than any other age group that four-year colleges, public or private, are worth the cost of attending. And they were less than average to view education outside of high school as a good investment.” That’s a huge problem with “the very young people” that colleges “hope” to attract.