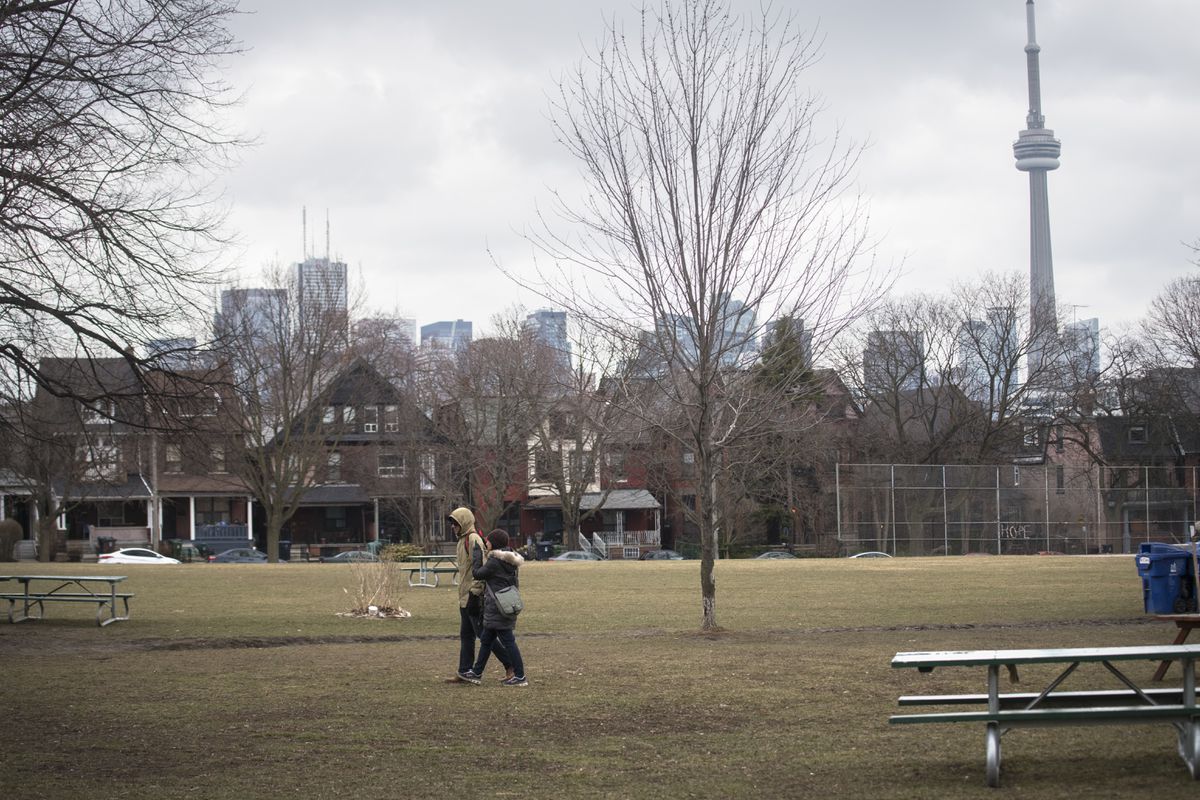 Every afternoon around 3 am I try to get out of my home office and go for a walk. Every time I do, I marvel at how my neighborhood has changed.

I live in the west end of downtown Toronto near the intersection of Dundas and Dufferin streets. It is usually known as Little Portugal, although realtors have referred to my patch as “Beaconsfield Village”. Queen Street West is at the bottom of my street and Dundas Street West is at the top. The bustling Ossington Strip is just a few blocks away. A few steps away is Trinity Bellwoods Park, where the young people gather on summer weekends to stretch out on the grass.

When we moved here in 1989, no one would have called it a trendy district. After I told my father what we had paid for our five-foot-wide, 100-year-old, semi-detached house, he helpfully remarked, “A quarter of a million for a spot in a slum?”

Our part of Dundas was an uninviting stretch of auto repair shops, shady karaoke bars and old-fashioned menswear stores where no one ever seemed to shop. Queen was known for its greasy spoons and used appliance stores full of broken fridges and stoves. The Drake Hotel in Queen West 1150 was a questionable establishment with a bar called the Stardust Lounge.

That is now ancient history. Renovated and reopened years ago, The Drake became the beachhead for a hipster invasion that turned my “hoodie” into one of the hottest in Toronto. People come from all over the city to visit the drink bars, coffee bars, clubs, restaurants and boutiques, which are now coming back to life as fears of pandemic wane. Local house prices have gone from crazy to stupid to obscene. A small two story semi on the next street is for sale for $1.9 million. So there is plenty to change.

I start my walk by heading south to Queen, past many houses under renovation and a few sporting “For Sale” signs, one of them no less from Sotheby’s. Then I turn east to pass Queen, along the Drake, north on Ossington and then back west along Dundas. Along the way I pass galleries, bistros, nail salons, hair salons, a sourdough bakery, a chocolate shop, a croissant shop, a Cuban diner, an Israeli/Palestinian diner, way too many cannabis shops and some of those carefully curated, minimally stocked clothing stores reminiscent of the Portlandia episode Two girls, two shirts.

Sometimes it all seems a bit much. The local craft brewery offers an IPA, Ghost Orchid, named after “the coveted but endangered flower” and with notes of mandarin, white grape and pine. A candy store makes themed cakes for Harry Potter fans, Star Wars and other cultural phenomena. “We believe in magic, adventures, and love is love is love,” the website states.

On the other hand, sweets are good. Fun is good. The people are good: they crowd back into the once gray streets, meet each other, shop, drink or just stroll. What is derisively called gentrification often brings money and action to dilapidated parts of ancient cities. Some local residents have cashed in on their real estate gains and moved on. Others, like some of my Portuguese neighbors, have stayed, no doubt shaking their heads at all the change, but deciding to live their old age where they are most comfortable.

Not all the old character of the ‘hood’ has been lost. We’ve got two thriving Portuguese butchers just around the corner, along with a hardware store, a car mechanic, a couple of old-fashioned hairdressers where a haircut doesn’t cost the earth, and a couple of convenience stores selling everything from soft, freshly baked Portuguese breads to mangoes from Asia to cords for your phone. to charge.

As remarkable as what has disappeared is what has not disappeared. Several small travel agencies are clinging to life, who knows how? It’s unbelievable that a coin launderette survives on Ossington amid the wine bars. So does a cigar manufacturer and two self-storage stores, though a major hardware store is now closed. That museum-like menswear store that no one ever entered is still there on Dundas—and still no one goes in.

It would be stupid to suggest that there were no downsides to this major transformation. People with average means are priced out. My kids say they can’t imagine buying a house like the one they grew up in. The dividing lines between rich and poor are wider, with more obviously rich people around and more vulnerable people too, some of them begging on the sidewalks as the scene goes by.

But much of the change was for the better. The area now has more variety, more vitality. There are more people around, many of them living in the many mid-rise apartments that have sprung up on or near the main streets. It feels like a place that moves forward instead of standing still.

Cities change, neighborhoods change, times change. I can’t imagine what I will see on my daily walk in 10 years.