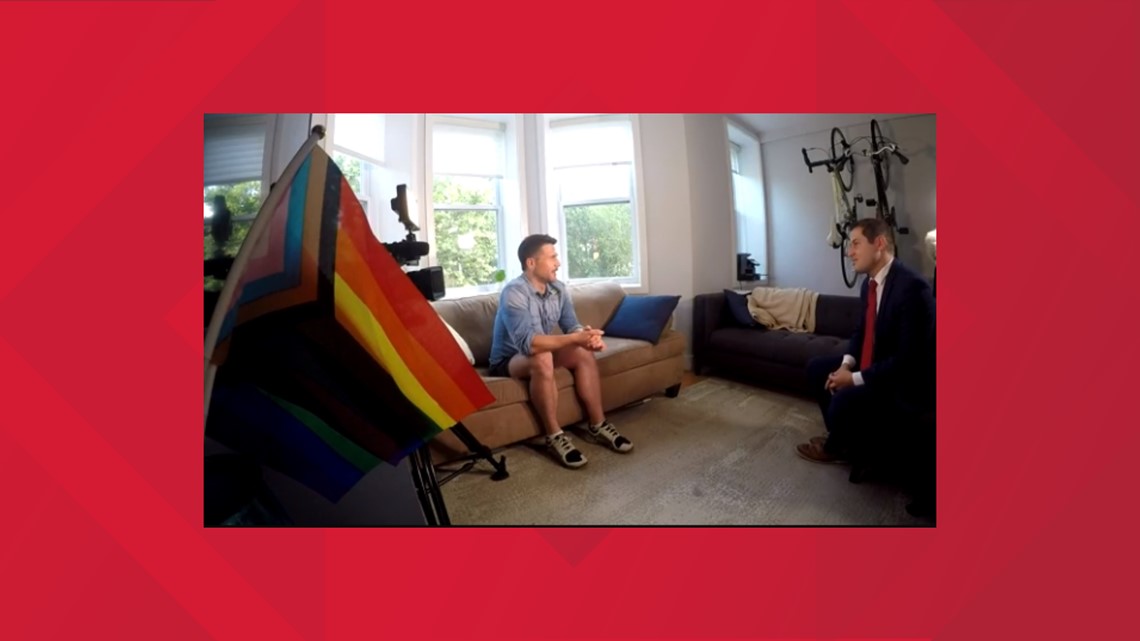 Rob Short, from DC, shared what it was like to suffer from Monkeypox. He described it as “excruciatingly painful.”

WASHINGTON — The number of monkeypox cases continues to rise across the country as nearly 9,500 cases have been confirmed nationwide. That includes 730 confirmed cases in DC, Maryland and Virginia as of Wednesday afternoon.

Rob Short, a DC personal trainer, tested positive for Monkeypox in June and described the condition as “excruciatingly painful.”

“I wouldn’t wish it on anyone,” he said.

Short said he got the disease around the same time as others in his group of friends. He said his most painful symptoms lasted for about three days.

“We all have a fever,” he said. “Flu-like symptoms, chills, sweats. I changed my sheets twice that night.”

Along with the flu-like symptoms, Short said he also developed incredibly painful lesions on his anus.

“It was a sore,” he said. “An open wound. And every time you go to the bathroom, it feels like Satan himself is reaching in and saying, ‘Hello, you’re my puppet now.'”

Short also said he noticed a stigma attached to the illness that persisted even after recovery.

“I was at a pool party,” he said. “And I was explaining to everyone – like – you know – this is what Monkeypox looks and feels like… And the girl said – ‘Get away from me. Don’t come near me. You had Monkeypox. ‘”

Short was concerned that this stigma could lead to violence, something we have already seen, according to police. Police said they are looking for suspects in connection with a suspected bias-motivated attack in the Shaw area.

According to a police report from the Metropolitan Police Department, two men were walking south on the east side of 7th Street Northwest when they were approached by suspects on Aug. 7.

Both victims told police they had been beaten several times and called “monkeypox f******”. Police say the suspects were last seen heading north on 7th Street.

Short said incidents like this illustrate why the LGBTQ community needs to stick together and speak out against stigma.

“I think we’re working together now more than ever,” he said.

As of Wednesday afternoon, the CDC is reporting 9,493 confirmed cases of Monkeypox across the country. That includes the following local numbers: