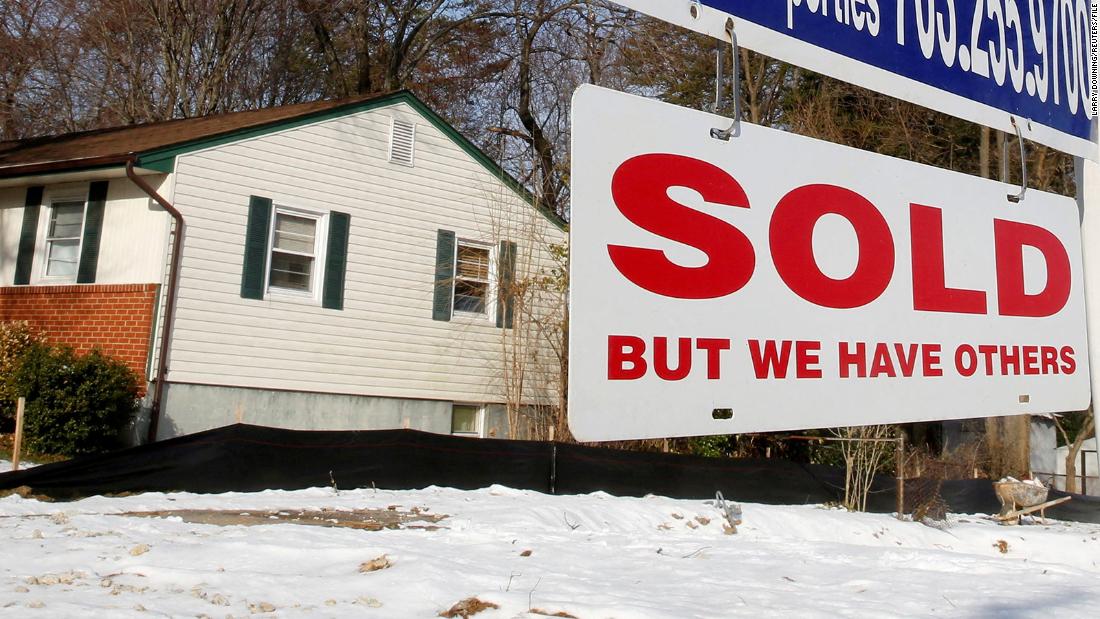 While some buyers have moved forward, others have put their home search on hold or have given up altogether as rising costs have put the property out of reach.

But as recession fears for the larger economy loom, the housing market is showing signs of slowing down. Sales of new-build homes are declining and construction is faltering. The sale of existing homes has fallen and is below the level of 2019. As the mortgage interest rate remains above 5%, applications have fallen to the lowest level in 22 years.

“Affordability is the biggest problem in the housing market today, and higher rates will make that worse on a monthly basis,” said Skylar Olsen, chief economist at Zillow.

The big surprise for those looking to buy a house in the first half of the year was how mortgage rates skyrocketed so quickly and so quickly. According to Freddie Mac, the rate for a 30-year fixed-rate mortgage rose from 3.22% in early January to a year-to-date high of 5.81% in June. Over the past few weeks, average rates have fallen around 5.5%.

“Anyone who buys the same house today that they wanted to buy last year will see their monthly payment increase by 50%,” said Lawrence Yun, chief economist for the National Association of Realtors. “People’s incomes don’t increase by 50% in a year. Home buyers are frustrated. This year they are in disbelief that they don’t have the money to buy at a 6% mortgage rate.”

The cost of financing a home is so high that nearly 15% of people who signed a contract to buy a home in June pulled out, Redfin said. That’s the highest share of canceled home sales since April 2020, when the market nearly shut down due to the pandemic.

But Yun said that while mortgage rates may go up or down in the coming months, the biggest jumps have already taken place.

Yun noted that mortgage rates may have already largely “priced in” on the Fed’s current and projected future rate hikes. He expects mortgage rates to be close to 6% by the end of the year and home sales to normalize once mortgage rates become more stable.

As the market slows, potential home buyers who keep looking for a home will have less competition and more homes to choose from, giving more breathing room than the frenzied market of the past two years.

Economists were largely on track with their home price projections for the first half of the year – with annual price growth peaking in the spring and moderating as the year progressed. But sales at this point in the year are well below expectations, said Jeff Tucker, an economist at Zillow.

“Sales volume has taken a much bigger blow than prices,” he said. “Buyers got through those mortgage rate hikes longer than we thought — that kept prices high. But some buyers were starting to drop out.”

The upshot, Tucker said, is that as sales volumes continue to fall, inventory will increase.

Rising demand to buy a home over the past two years has led to a record shortage of homes to buy, pushing prices up. In June, the inventory saw its first year-over-year turnaround in three years. The number of homes for sale at the end of June was 9.6% higher than in May, according to NAR and 2.4% compared to a year ago.

But lately, the pace of price growth is slowing. According to NAR, median house prices for existing homes rose 13.4% in June from the previous year, compared to the 23% increase in house prices in June 2021.

In addition, the prices of new-build homes are falling. According to the US Census Bureau and the Department of Housing and Urban Development, the average sales price of a new-build home fell to $402,400 in June, from $444,500 in May.

“This is the biggest crack in home price inflation ever,” said Robert Frick, a business economist at the Navy Federal Credit Union. “If existing home prices follow suit, we may finally see a break in the annual increases that have priced millions of Americans out of the housing market.”

New-build homes account for approximately 10% of the transactions and existing homes the remaining 90%. And prices for the vast majority of the market are not falling.

As higher mortgage rates dampen buyers’ demand, inventory will rise and sales fall, which should help moderate prices for the remainder of this year.

“Houses can stay on the market longer, there will be more homes with price reductions,” Yun said. “Buyers who do more thorough homework may be able to find a home with a price reduction or get a better price negotiation.”

Home affordability is the worst since 1989, except for the housing bubble of 2004-2008, David M. Dworkin and Bill McBride wrote in a report for the National Housing Conference.

But during the housing bubble, the lack of affordability was caused by mortgages with teaser rates as low as 1% being pushed back to levels that homeowners couldn’t reliably afford. And in the 1980s, homes were unaffordable due to incredibly high interest rates — with 30-year mortgage rates ranging from 9% to over 18%.

Today’s market is different, the researchers wrote. “Rising housing costs are driven by the increasing impact of apparent underproduction between 2008 and 2020, disruptions in the housing supply chain since 2020 and increased demand since 2020.”

And that probably won’t change much at the end of the year.

New home construction has stalled as builders wait to see how well the current supply of homes sells before building more.

Freddie Mac chief economist Sam Khater said he expects homebuyer demand to continue to cool to a more normal pace of activity, but it will remain difficult for many people to buy a home.

“The Federal Reserve’s action to help contain inflation has led to significant volatility in mortgage rates and, by extension, the housing market,” Khater said. “While house price growth will grow at a more moderate pace, house prices remain high relative to home buyers’ incomes. Taken together, these factors exacerbate affordability problems and cause a slowdown in the housing market.”