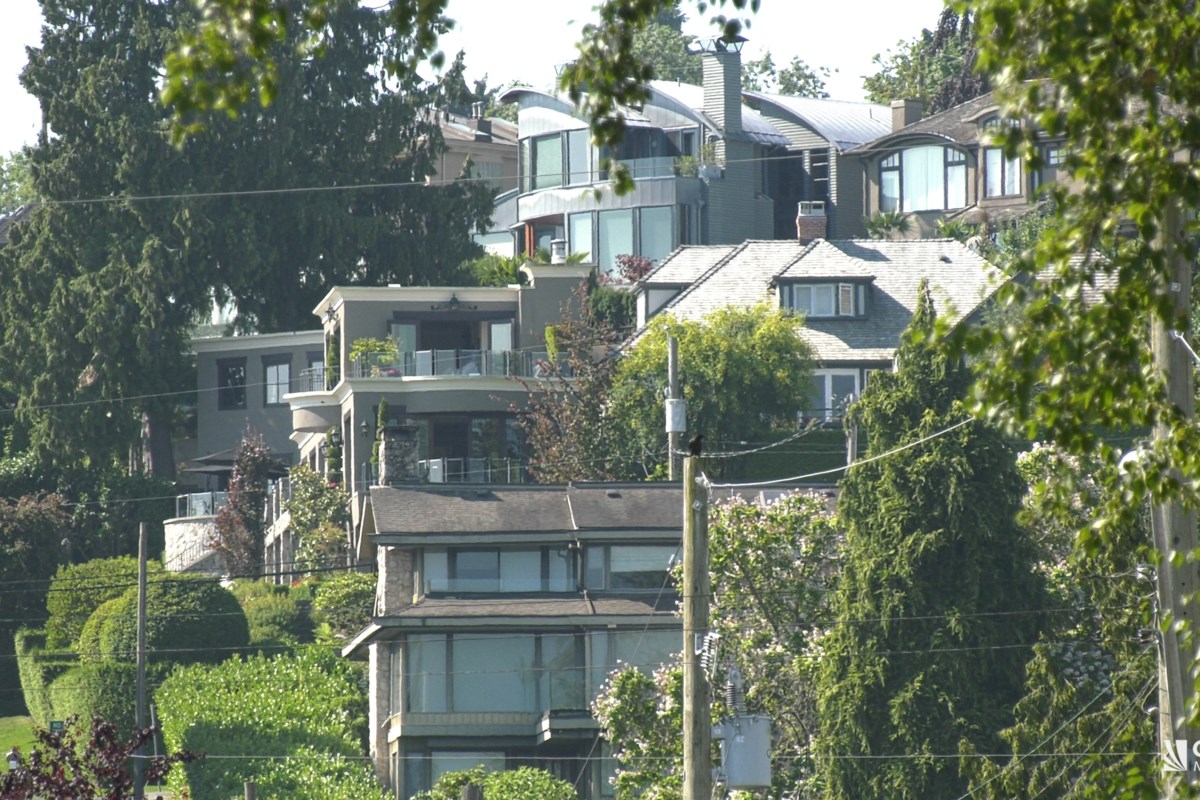 Some markets cooled off after the boom during the COVID-19 pandemic, but overall prices have remained high since the start of the year.

Known for its beautiful beaches, mountains, lakes and scenic coastline – it’s no surprise that real estate in British Columbia is the country’s most expensive market.

According to a new survey by Century 21 Canada, BC takes the top spot, particularly in detached homes on the west side of Vancouver, despite rate hikes.

“We recognize the concerns some may have about interest rates, but the first half of 2022 saw growth in nearly every regional market in the country,” said Brian Rushton, Chief Operating Officer of CENTURY 21 Canada.

The national study compared the price per square meter of homes sold between January 1 and June 30, 2022, with the same period last year and the previous year.

Some markets cooled off after the boom during the COVID-19 pandemic, but overall prices have remained high since the start of the year.

“The trend is still towards higher prices, especially in suburbs where younger home buyers and first-time buyers are looking to escape competitive metropolitan areas as remote working has become more common. What will be interesting is to compare the data that we received from the first half of this year with the data we collect in 2023 to see how rising rates will affect the market over the next six months,” said Rushton.

In BC, the research points to high prices causing buyers to look outside the inner city. Kelowna and Chilliwack, for example, saw significant price increases. According to the press release, apartments in those two cities saw prices rise by 28 percent and 35 percent, respectively, in the first half of the year.

Brendon Ogmundson, chief economist at BC Real Estate Association, says the market looks very different from the first half of the year.

“Five-year fixed mortgage interest rates have more than doubled since the beginning of this year. That means borrowers who have a five-year fixed rate and about five percent have to meet the stress test of about seven percent. No surprise that, given how quickly rates have risen , we’ve seen market activity slow down quite significantly,” he says.

Ogmudson says prices are still rising year-over-year in every region in BC, as they have risen 30 to 40 percent in the past 12 months.

“There are some markets like Victoria that are still rising month after month, some markets in the north or inland are still, in fact, flat or slightly up,” he says. “Then we have some markets, like Chilliwack, or other parts of the Fraser Valley that saw the most excessive increase especially in late 2021 and early 2022, where prices are starting to fall a little bit.”

During the pandemic, he says Vancouver was not the only region where prices rose the most. Instead, places like Surrey, Langley, Chilliwack, Kelowna and parts of Vancouver Island saw the most significant increase.

“[It was] where people were trying to get away from more densely populated areas,” he says.

If someone wants to buy something, he suggests making sure you are comfortable with the price tag.

The stock will rise and he thinks the market won’t be “so tight” in the coming years.

“Once we get back into another kind of cycle where demand picks up and it just normalizes back to some kind of long average level, we’re going to see stocks run out again. We haven’t really solved many of the problems. supply side that have plagued this market for the past decade or more,” he says.

Over the next 12 to 18 months, he expects the market to be sluggish.

“I think what we’re seeing now will be a short-term phenomenon,” he says. “It’s going to be a lot like 2018 and 2019, when we saw very slow activity, some softening in prices, but in the longer term, I think the rates are going to fall, and there’s all that demographic demand,”

Ogmudson says the market will be in good shape in two years’ time “once we get past this patch”.