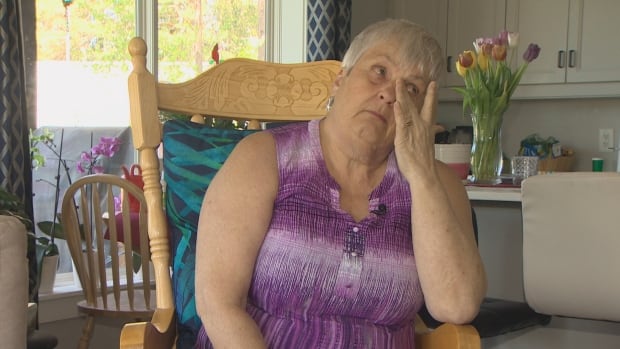 Gay Clarke continues to wonder why things didn’t work out.

She and her husband, Mark Clarke, lived in Kentville, NS, until his death at age 66 in February.

Mark died the day before having to undergo heart surgery that had already been postponed due to a lack of available ICU beds, Gay said.

The doctor was concerned that Mark would contract COVID-19 if he stayed in the hospital, she said.

“COVID probably would have been better than what happened,” Gay said.

She said the whole process was grueling. Mark first went to the doctor with chest pain in July 2021.

Gay said months went by without hearing from the doctor. Her husband called again in November when the pain got worse.

He had to wait until January for another test that showed he had two blockages and needed urgent surgery, Gay said.

She said they hadn’t heard from a doctor for two weeks and the procedure was scheduled for a month after that.

“I’m mad at the system,” Gay said. “This should not have happened.”

dr. Gregory Hirsch, the senior medical director of the Surgical Services Network for Nova Scotia Health, said he expected the strain the pandemic is putting on the health care system could have tragic consequences.

Hirsch said the biggest challenges to getting surgeries done on time are the lack of hospital beds and having support staff such as nurses drawn to COVID-19 wards.

A common reason they can’t get a case done is that there isn’t an ICU bed available for the patient to recover, said Hirsch, who specializes in operations on vital organs in the chest.

“We’re doing everything we humanly can,” he said.

“But you will be checked if there are no beds and no… [health-care] human resource department.”

According to the health authority, 107 people are currently scheduled for heart surgery in Nova Scotia. That’s up from 82 in February 2020 before the pandemic hit — a 33 percent increase.

Hirsch said this puts even more pressure on a system that lacked sufficient capacity before COVID.

He said doctors remain concerned about patients waiting for care at home.

“While we work very hard to triage and do this dance so there would be no deaths and no ill effects, we knew there would be and there have been,” he said.

“It’s not too much to say we’re morally saddened. It creates a lot of fear that we won’t be able to provide the timely care we need.”

Mark Clarke was a prominent member of his community.

He was the president of the Kentville Lions Club when he died. He hosted “jam sessions” at local events and performed for residents of long-term care facilities in the Annapolis Valley. He was active as an organizer in local politics.

“Mark was loved by everyone,” said Gay, who noticed that in the weeks after his death so many people called that she eventually pulled the plug.

“He was the most understanding, caring, loving man I’ve ever met and he was genuine. And I think people saw that.”

Kody Blois stood up in the House of Commons to tell his fellow MPs about his late friend Mark Clarke.

Kings-Hants MP Kody Blois stood in the Ottawa House of Commons the day after Mark died to celebrate who he called his friend.

“He was known, loved and respected,” Blois told parliament.

Blois told his colleagues that the first meeting he had to discuss to go for federal politics was at Clarke’s house.

“There aren’t many people in that area of ​​Kenvtille-New Minas who wouldn’t have known the name Mark Clarke,” Blois said. “He was synonymous with community.”

Gay Clarke, who now lives in New Minas, looks at things from day to day. Some days or months are harder than others, she said.

“May was a tough month,” she said. “It was my birthday, our wedding anniversary, Mother’s Day, the first day of camping — and we were big campers.”

She said Mark wouldn’t have wanted her to focus on the negatives, but sometimes she can’t help it.

Nova Scotia’s health system is broken, Gay said, and she’s not confident it will be fixed.

“I don’t know what the answer is and I don’t think anyone knows.”