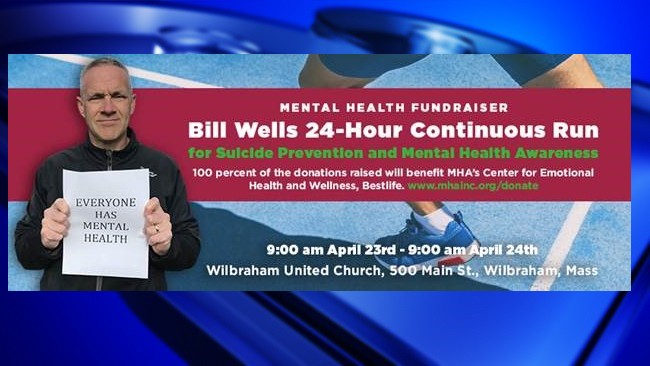 This is a 24-hour continuous run to raise money and raise awareness for suicide prevention and mental health awareness.

Bill Wells, the founder of the run, is known for his fundraising efforts to set up resources for those in abusive relationships, bereavement, and even cancer research.

There will be a sheet at the event for registrations in memory of someone.

This inspiring long-distance runner says: “People with mental illness are often discriminated against and the subject is still taboo for some people, even within families. That all has to change.”

There is availability for donations and further information. Bill Wells can be reached at (413) 427-2811.

Wells spoke about his experience with depression. “It was like walking around with a backpack made of rocks,” Wells explained. “I could do what I had to do, but the stones were a constant weight and it wasn’t until I sought help in my thirties that I can honestly say that I started to feel better.”