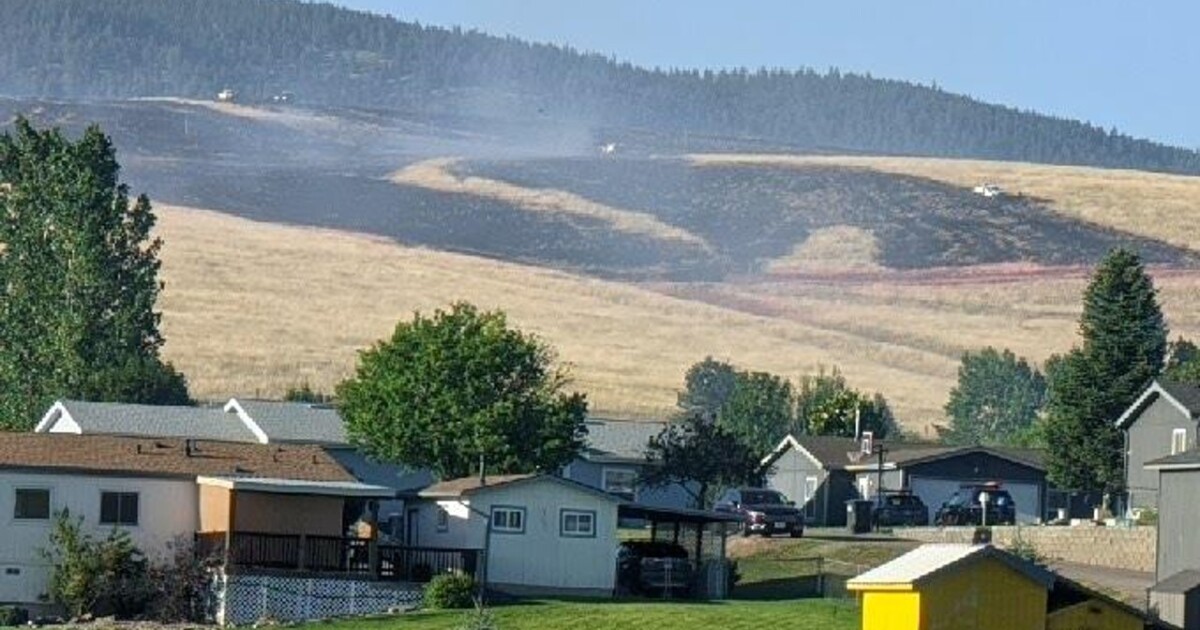 MISSOULA — Officials say a series of fires near the Wye, east of US Highway 93, are believed to have been man-made.

The fires threatened homes in the area on Saturday evening.

Officials say homeowners have been notified, but no evacuation orders are in effect and no homes have had to be evacuated.

According to the Montana Department of Natural Resources and Conservation. Wildfire Dashboard the fire is man-made.

FRFD confirmed the fires were believed to have been caused by a train malfunction.

Officials say an investigation will be conducted and the Montana Rail Link has been dispatched to pick up the train.

The group of fires is called the Polecat fire.

FRFD has enlisted the help of seven other local fire departments to fight the fires.

An MTN News at the scene said the fires appeared to be burning in grass.

– information from Katie Miller, Mark Thorsell and James Dobson in this report.

MISSOULA – According to the latest update from the Frenchtown Rural Fire District (FRFD), crews are battling an estimated six fires north and east of the Wye.

The six different fires are located along the railroad in the area.

FRFD notes that no homes have been evacuated and additional crews have arrived at the fires.

According to an online map from the Montana Department of Natural Resources and Conservation, the so-called polecat fire was reported shortly after 5 p.m. and a total of 200 concerns were burned.

MISSOULA – A large grass fire is burning in the Wye area west of Missoula.

The fire is burning east of Highway 93, just north of the Wye.

The Frenchtown Rural Fire Department previously reported that several homes in the area were threatened.

Two helicopters and two small planes dropped water and retardant on the fire.

MISSOULA – Homes are threatened by a series of wildfires near the Wye west of Missoula.

One fire is estimated to be about four hectares and one was about 10 hectares as of Saturday night.

The fires take place in an area between Indreland Road and Tucker Lane.

Missoula Rural Fire District, Arlee and East Missoula fire departments have been called to the scene, as have the Montana Department of Natural Resources and Conservation and the US Forest Service.

Two helicopters can be seen in the area. Holtz said two additional single-engine air tankers have been requested.

This is a story in development. Come back for updates.