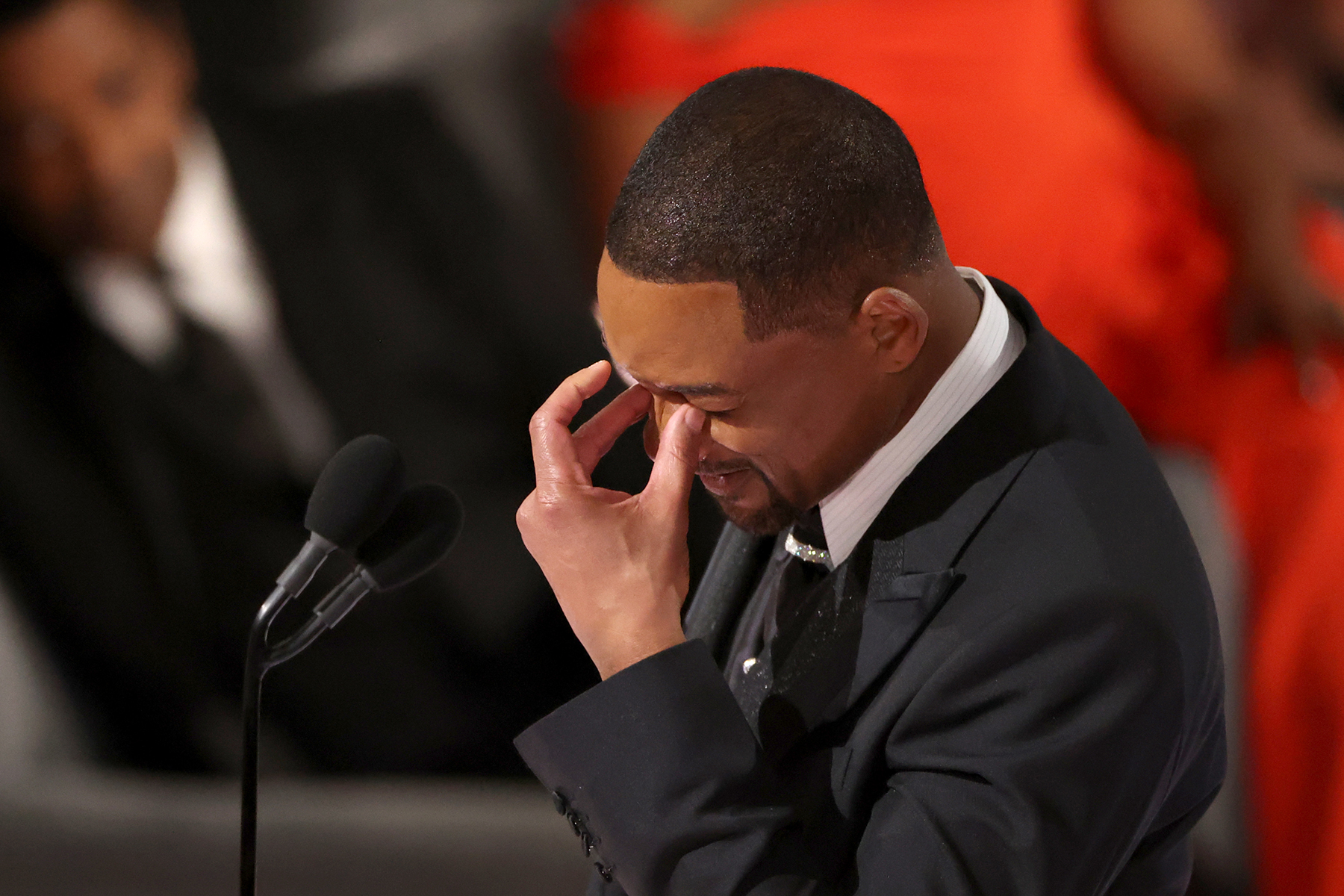 Bass player John B. Williams clearly remembers the moment more than 30 years ago when Will Smith pointed him out during an episode of the Arsenio Hall Show and cracked a joke about his bald head.

“I didn’t take it seriously. He was a comedian. He was the Fresh Prince of Bel Air. He was a rapper. I took it as a joke. I laughed it off,” Williams, 81, told Rolling Stone in his first interview since a clip of the 1991 exchange started going viral. “It was a show. It was cool. It didn’t bother me at all.”

He then said what happened Sunday night was different, and he could “sympathize” with Smith.

Williams, who played in Arsenio Hall’s house band, the Posse, was reminded of the 1991 exchange when his grandson showed him the resurfaced video Monday. The clip started blowing up in the aftermath of Smith storming the Oscars stage Sunday night and slapping Chris Rock across the face because the comedian compared Smith’s wife, Jada Pinkett Smith, to GI Jane, a movie character with a buzzcut played by Demi Moore.

Pinkett Smith has been open about her struggle with alopecia, a medical condition causing hair loss that disproportionately affects Black women. It’s not clear if Rock knew that. “Jada, I love you. G.I. Jane 2can’t wait to see it,” Rock said from the stage.

In his joke more than three decades earlier, Smith targeted Williams’ bald head. “The bass player? He’s got a rule. He got to wax his head every morning. That’s a rule! He follows the rules, man. He follows the rules,” Smith says in the clip unearthed and posted to Twitter by a user with the handle @Peter_OKH

“He gotta wax his head every morning.” Now this is a video of Will Smith saying a joke about someone with Alopecia.

One reason I love the internet, it never forgets. pic.twitter.com/4OGlgSrcjA

As Smith delivered the joke, the camera cut to Williams, who smiled, laughed and nodded along in amusement. When some members of the audience appeared to groan, Smith retorted, “Oh, these are jokes. Come on!”

Williams says the two jokes — one delivered by Smith and one causing Smith great offense — are clearly similar but also different in two important aspects.

First, Williams does not have alopecia, he tells Rolling Stone† He says his hair was thinning, possibly due to a childhood case of the measles and the treatment he received, so he decided to shave everything off one day and never looked back.

Second, Smith’s inability to take the joke in jest was because his wife was the target, not himself, Williams said.

Chris Rock is a comedian. I like Chris Rock. When Chris first made the comment, Will was laughing. It wasn’t until it became obvious Jada didn’t think it was funny that Will went to her defense. Love makes you do all kinds of things. That’s his wife, who he loves. He just responded from outrage. I have sometimes reacted from outrage,” Williams said.

“Of course, there’s more than one thing to do at that point. I wish he would have used his words first, not second. Maybe they could have worked it out. Unfortunately, that’s not how it happened. It’s unfortunate how it happened,” Williams said.

He was smooth Denzel Washington and Tyler Perry were able to pull Smith aside during the show to “talk to him and calm him down,” he said. Williams also doesn’t believe the Academy should ask Smith to return the Best Actor award he received Sunday for his role in King Richard†

“They’re both decent young men,” Williams said of Smith and Rock. “I like both of them. I wouldn’t want to see anything bad happen to either of them. They need to work this out themselves. I’d like to see them get past this and maybe go out together. I think there’s regret on both sides.”