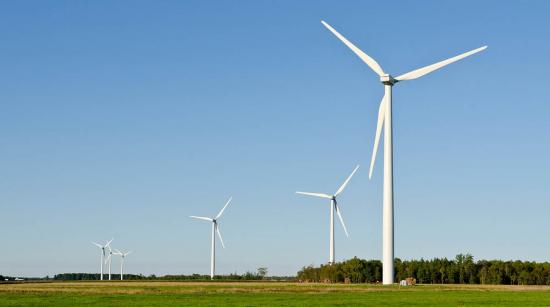 There is a real possibility of a future with hundreds of industrial wind turbines (IWTs) surrounding the greater Ottawa area. Quite a picture. Let me tell you a story.

I live in the small community of North Stormont, just south of Ottawa. I have lived and worked in the Ottawa area for 25 years. The call for a rural life was strong when I bought our home in this peaceful community. I had hoped to retire here. I loved it here.

But the joy is gone. I keep my windows closed to try to eliminate the unearthly noise from the turbines. The insidious infrasound makes me nauseous like seasickness and I feel off-balance when I go outside.

In 2015, an international wind company entered our area and signed wind leases with a number of property owners to build an industrial wind project. Knowing what we’ve all learned from years of peer-reviewed research since the Green Energy Act of 2009, many were against the project being so close to our homes.

During this time, people continued to object. Continuous reports of noise and health incidents have been submitted to both the Department of Conservation and Parks (MECP) and the Eastern Ontario Health Unit. The turbines installed are prototype Enercon E138s, too large and too clustered by the houses in this densely populated rural area with schools and senior housing. We also learned about the situation in other wind projects in Ontario; none of it was protective of the health of the people. The people of North Stormont are experiencing what so many in every other wind turbine project in Ontario experience without the help of a government agency. The Ministry of Health (MOH) states that the Ministry of Environmental Conservation and Parks (MECP) has authority over the project; MECP refers people back to the MOH.

I keep writing to the Minister of Conservation and Parks (MECP) to fix it, as a flood of Ontario officials and ministers send the same standard responses month after month, delay after delay in action, meanwhile, people of all ages are being harmed daily. by turbine emissions. At no time does a ministry take responsibility for helping the people. How is this possible in Canada?

The formal incident reports sent to the government cover heart disease, sleep disorders, high levels of irritation, dizziness, lightheadedness, migraines and tinnitus. These are just some of the reported noise pollution. And it started happening in my community as soon as the project started working.

Certainly, industry types and government officials argue that wind turbines are not the cause. That’s to protect the billion-dollar global wind industry. People who receive financial benefits for leasing their land may also be harmed, but their lips will be sealed under a gag order from the wind company.

Also worrying is how government-paid regional health officials live in the same communities and hear the same concerns say there is “no evidence” of health problems from wind turbines. But there is evidence. The people are the proof, and it’s serious.

They’re not NIMBYs, they’re just ordinary people in rural Ontario. In my community, too many health incidents happen almost simultaneously. So what to think if the only new addition to our small, tight-knit community was the massive 29-turbine wind project? Proof!

We knew that an elderly woman Stephana Johnston in the Clear Creek Ontario wind project had said, “All the advice I’ve gotten from anyone who’s heard about the physical health effects that started…when the last six of the group of 18 barges circled my house were brought into action within a 3 km radius is that I MUST NOT live in the house I built in 2004 anymore….”

But a cure was never offered due to the decades-old promulgation of the idea that the projects are safe and benign in the Ontario landscape. Yes, some people like wind turbines. They say they are graceful and majestic and the answer to climate change. But they don’t have them as neighbors.

So, part of your freshly minted Energy Evolution Strategy vision is to transform Ottawa into a thriving city powered by clean, renewable energy. The model document indicates that the minimum results needed to meet the 100% scenario for the electricity sector show that wind generation will reach 3,218 MW by 2050. “That’s about 710 large-scale turbines”… in the Ottawa region, according to advocacy group Wind concerns Ontario. How do Ottawa’s non-urban outlying areas feel about this?

Let’s look at the big picture here. As far back as the early 2000s, politicians have been lobbied, seduced, persuaded or paid to promote ‘green energy’. Virtually every legislator in every major jurisdiction in the western world has determined that they would be the “leader in green energy” production, mainly by industrial wind turbines [IWT]†

Former Ontario Premier Dalton McGuinty with the advantage of a majority government; newly formed environmental organizations; investors in the wind industry; oil and gas companies and supporting media grabbed this trend by the tail and welcomed the enactment of the Green Energy Act (GEA). Hundreds of millions in stimulus dollars went to Liberal Party insiders to get the ball rolling. Finally, in September 2009, McGuinty passed the industry-led bill with much fanfare but also much concern.

Concern, you ask? Prior to GEA’s approval, Ontario rural residents had already been exposed to pre-GEA IWT projects sponsored by the governments of Canada and Ontario, heavily influenced by lobby groups.

ABOVE: A wind turbine about 0.5 miles from a rural Ontario home. (PHOTO: Bonny McKeough)

In 2009, those Ontario rural residents came out boldly to reveal what industrial wind had done to their health, homes and livelihoods. Many were farmers. Some lost their livestock to strange and horrible health problems they had not seen before. Other residents were struck by massive pressure pulses emitted from the giant turbine blades near their homes. For some, sleeping became such an impossibility that many left their homes to survive. Now that doesn’t sound too environmentally friendly, does it? That was 13 years ago.

Fast forward to today, where the outer Ottawa area will be part of the solution to the energy evolution strategy. Here’s the scenario: Wind power advocates will knock on your door and ask to lease your land for their turbines. If you rent real estate to “be green or go green,” you sign a nondisclosure agreement that prevents you from reporting any medical problems that are likely to arise. Making a complaint to the advocate or responsible ministry of the environment will not solve your problems. They will advise you to see a doctor. If you get sick and complain, you are described as a NIMBY or anti-environment.

Recently, Australian courts have sided with residents surrounded by a wind project who described and believed their lingering health symptoms.

“The Court applied well-established common law principles to determine that operating noise from the wind turbines at night constituted a private nuisance because it substantially impeded the use and enjoyment of their land by the two residents.”

So this is no time to cheer if you live somewhere near where the gigantic turbines will be located. Adverse health effects, including palpitations, dizziness, nausea and chronic sleep disturbances, were reported to the government more than a decade ago and remain a serious health scourge today as wind turbines in Ontario are still in operation.

In Ontario, more than 6,000 incident reports were submitted to the Ontario Ministry of the Environment today. This calls for a solution to the vexing problem of wind turbines. So watch out, Ottawa. The Australian Supreme Court also ruled that: The public interest in operating the wind farm does not outweigh the need to reduce the nuisance.

History will show that if you don’t pay attention to the details around socially “acceptable” solutions like industrial wind projects, those green dreams are likely to turn into nightmares.