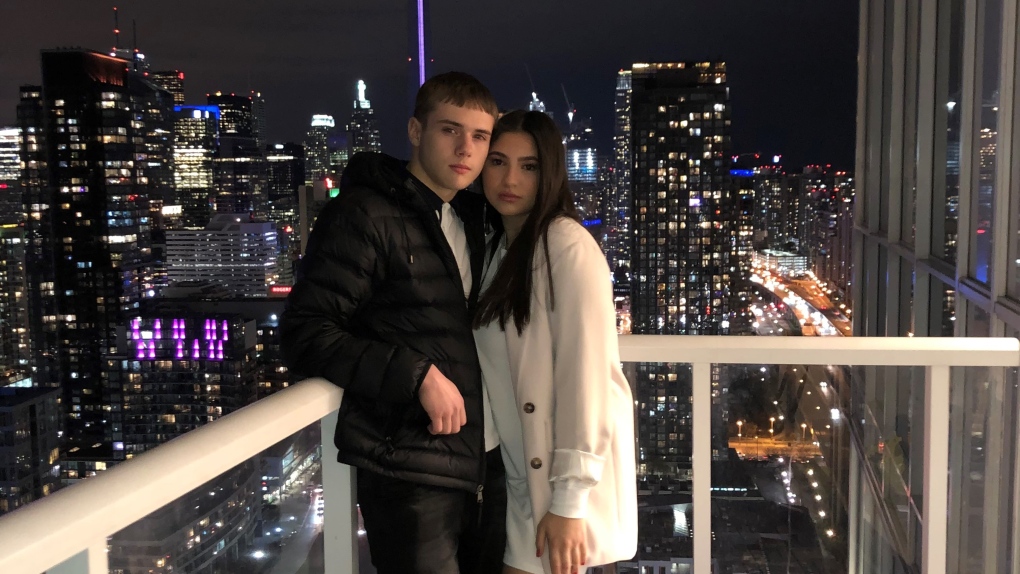 Ashley Da Silva from Vaughan wanted to be fully vaccinated but couldn’t due to health reasons, but she thought her medical clearance from her doctor would be enough to let her board a plane.

“I got my first dose of the vaccine and I had an allergic reaction to it, so I got a medical exemption from my doctor for the second,” da Silva said.

Da Silva and her boyfriend Liam London are high school sweethearts whose prom was canceled due to the pandemic, so they decided to book a vacation to Mexico.

Da Silva and London paid a total of $4,310 for their Sunwing vacation package and arrived ready to board at Pearson Airport. Da Silva said she thought her doctor’s note stating her medical clearance would allow her to board the plane.

“I didn’t really see the problem. I have the exception, I would show it and we will be good to go,” said Da Silva.

But Da Silva was told she was not allowed to board the plane and that her boyfriend would not be traveling without her.

“Finally we are allowed to go on holiday and we are refused,” London added.

A person who has not been vaccinated may be allowed to fly with a medical exemption, but there are procedures that must be followed closely and the paperwork must be submitted 30 days before travel.

Martin Firestone, the president of Travel Secure Inc. said “the airline has a form that you need to bring to your doctor and your doctor fills in the reasons why you have the medical waiver. You then submit it to the airline and they need three weeks approval to get this done .”

When CTV News Toronto contacted Sunwing, a spokesperson said: “With regard to vaccination waivers, we follow Transport Canada regulations. Applications are considered on a case-by-case basis, and Sunwing Airlines customers seeking waivers for upcoming travel should contact us. complete the required form and submit the request to our Special Services Department three weeks prior to their departure date.

“Unfortunately, as the prescribed waiver process was not followed in this customer’s case and our frontline airport staff is unable to review individual requests or grant waivers, the customer was denied boarding. If the customer would like to discuss the reason for the denied boarding in more detail, provide feedback on their experience or express their concerns, an online request can be made through Sunwingcares.ca and a customer relationship representative will contact them directly.”

According to the federal government, 82 percent of Canada’s population has been fully vaccinated against COVID-19, meaning about five million Canadians are unable to fly.

Federal conservatives have called on the Liberal government in Ottawa to return to pre-pandemic rules and service levels for travel and lift the requirement for travelers to be vaccinated.

Melissa Lantsman, the conservative transport critic and MP for Thornhill, told CTV News Toronto: “We still have about five million Canadians who cannot travel. We are outliers when it comes to the international community.”

Conservatives today tabled a motion in the House of Commons to return to pre-pandemic travel rules and regulations, which would also allow Canadians to fly within Canada, but it was rejected.

“It seems vindictive. It seems to be punishing a certain number of Canadians who disagree with the government,” Lantsman said.

In many other countries, such as the United States, unvaccinated passengers are allowed to fly domestically, such as from New York to Chicago. But in Canada, you are not allowed to fly from Calgary to Toronto if you are not vaccinated unless you have a medical clearance and 30 days notice.