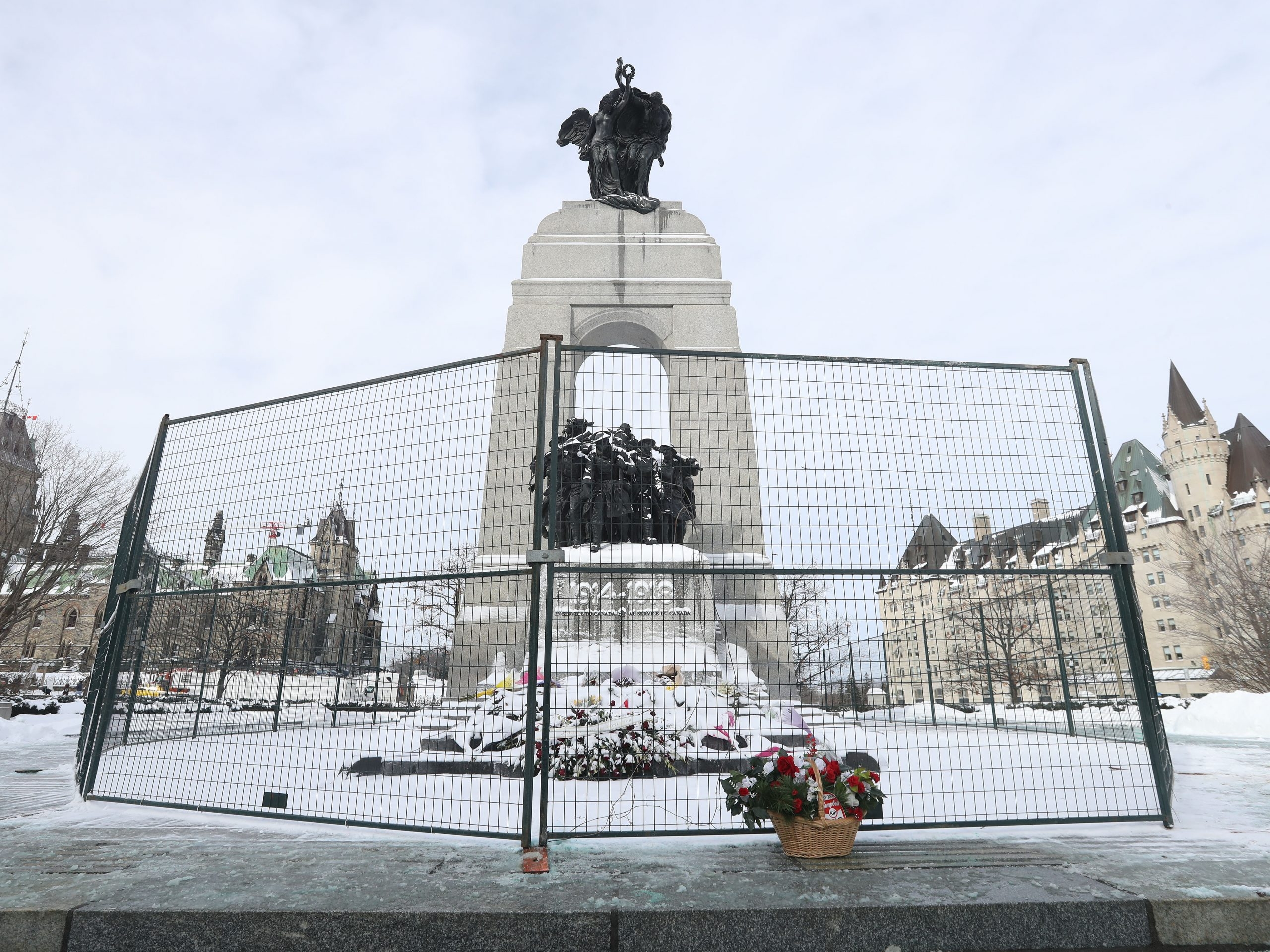 Ottawa police are not indicting the woman who was captured on video dancing on the grave of the unknown soldier during the ‘Freedom Convoy’ occupation.

“She was spoken to, showed remorse for her actions and the police are confident she will not commit again,” the police said in a statement. “She’s processed in a different way, which is a police practice.”

The woman, who has not been publicly identified, drew outrage after the video circulated on social media in January. She was part of a larger gathering at the National War Memorial during the convoy.

The Royal Canadian Legion said it was “appalled and saddened by this overt disrespect.”

Fences erected after the meeting to secure the memorial site were dismantled by protesters.