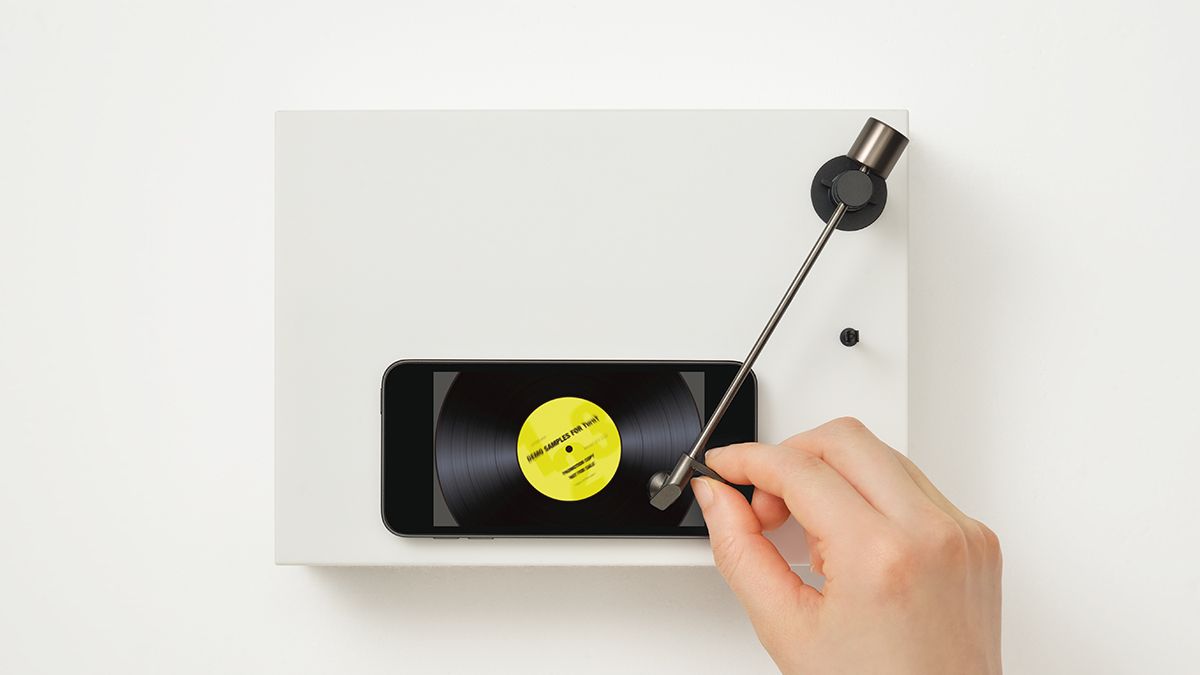 Digital technology has undoubtedly made listening to and playing music easier, but the out-of-the-box thinkers at Yamaha Design Laboratory believe that something has been lost at the same time.

The answer is the ‘Stepping out of the slate’ collection – a set of music devices “that work in symbiosis with smartphone apps”. Each of these is designed to bring back some of the “substantial and tactile interaction” that can create “joy, beauty, discovery and confidence”.

First up we have the TurnT, a ‘smartphone turntable’ that allows you to place a stylus on your device’s screen, which displays a visual representation of a vinyl record. The theory is that this will “bring back the nostalgia and solemn respect for the music you will be playing”.

You can switch songs by swiping the screen and also move the stylus to move to different points in the song.

Then there’s Winder, a wind-up digital music box that’s meant to play just one song (although this can be changed). Wind the key to enable playback and you will hear movement in the music based on the flutter of spring.

With MusicLight, meanwhile, you can listen to music while looking into a candle flame, with the sound responding to the fluttering of the flame. When the candle goes out, the music fades away, leaving an “afterglow” – the experience would be similar to listening to a song around a campfire.

Finally, there’s RhythmBot, a group of four decorative timekeeping robots. Each of these has a unique acoustic sound, and they can be paired with your smartphone to create rhythms based on the tempo at which you play. They can also “join and join you in real time”.

Whether any of these products will ever go into production remains to be seen, but all prototypes are built to work as described and can be tested and evaluated.

Read more on the Yamaha (opens in new tab) website.