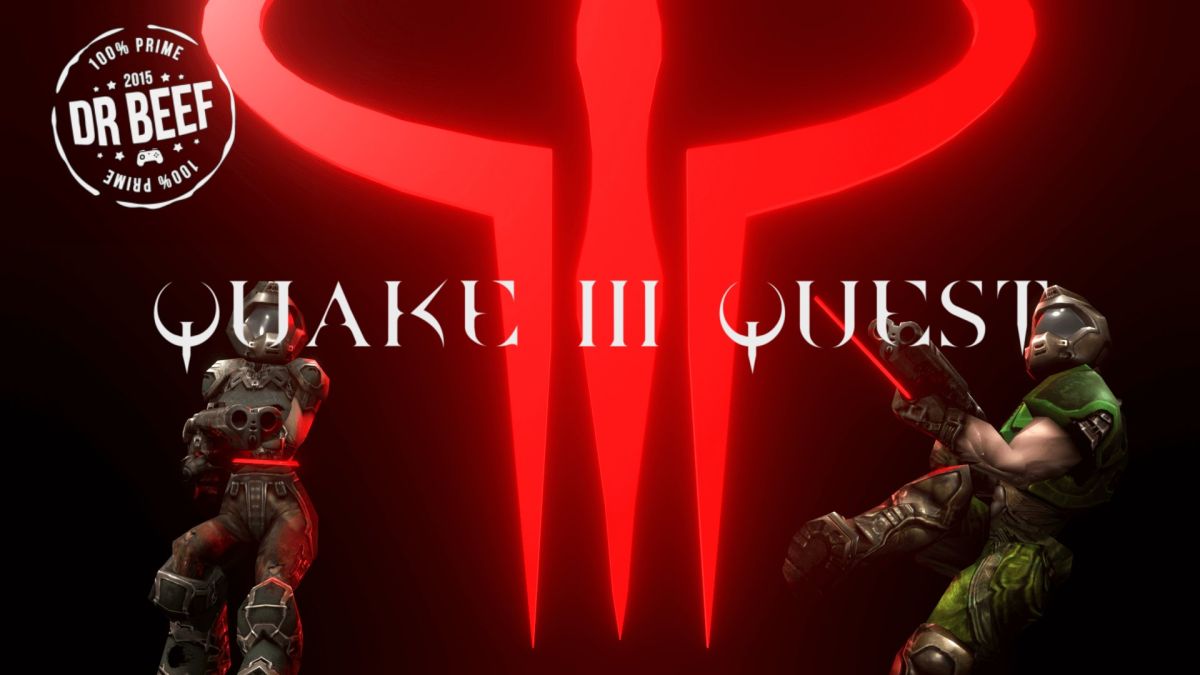 There may be many multiplayer shooters on the market, but few games channel the energy of the classic Quake 3 Arena. That’s especially true in VR, where the level of comfort for players often comes at the expense of speed or other more traditional gameplay mechanics. That’s all thrown out the window with Quake 3 Quest, which features all of the blazing fast gameplay and killer mechanics you probably remember from the original release over 20 years ago.

Quake 3 Quest is a “mod” that you can sideload to your Oculus Quest or Meta Quest 2. At this point the developers recommend running it only on a Quest 2 until further optimizations are made for the less powerful hardware of the original quest, but if you’re feeling experimental, head over to the sidequest list to download quake 3 quest for free and get started. The download includes the official id Software demo for Quake 3, so you can play around and familiarize yourself with the mechanics before plunging into a real multiplayer game.

Quake 3 Quest is a mod similar to the recently released Questcraft, which brought Minecraft Java Edition to the Quest 2. Like Questcraft and other Dr Beef mods – featuring classics like Half-Life, Doom 3, Return to Castle Wolfenstein, and other Quake titles – Quake 3 Quest is an app that runs on your Quest and resembles other best Quest 2 games when you start it. The difference is that you have to have Quake 3 on Steam or another platform because you have to copy those game files into your Quest. Since this is an app that runs the official game files, a legal copy of the game is a necessity.

There’s a companion app that makes installing mods and map packs relatively easy, and even a special Quest Home environment for when you’re not playing the game. The companion app is automatically installed with Quake 3 Quest when you install it through the Sidequest app. You can find it and Quake 3 Quest under “Unknown Sources” in the library menu on the Quest.

As with any mod, you need to do a little legwork to get things going, but once you install it, you’ll be enjoying the fruits of your labor in no time. That also opens the door to trying other Dr Beef mods for classic PC shooters that can all run natively on Quest. Quake 3 Quest is free, but players are encouraged to donate to the Dr Beef team to keep the development efforts going.

Enjoy new and classic games on Quest 2, the easiest and most affordable way to game in VR.