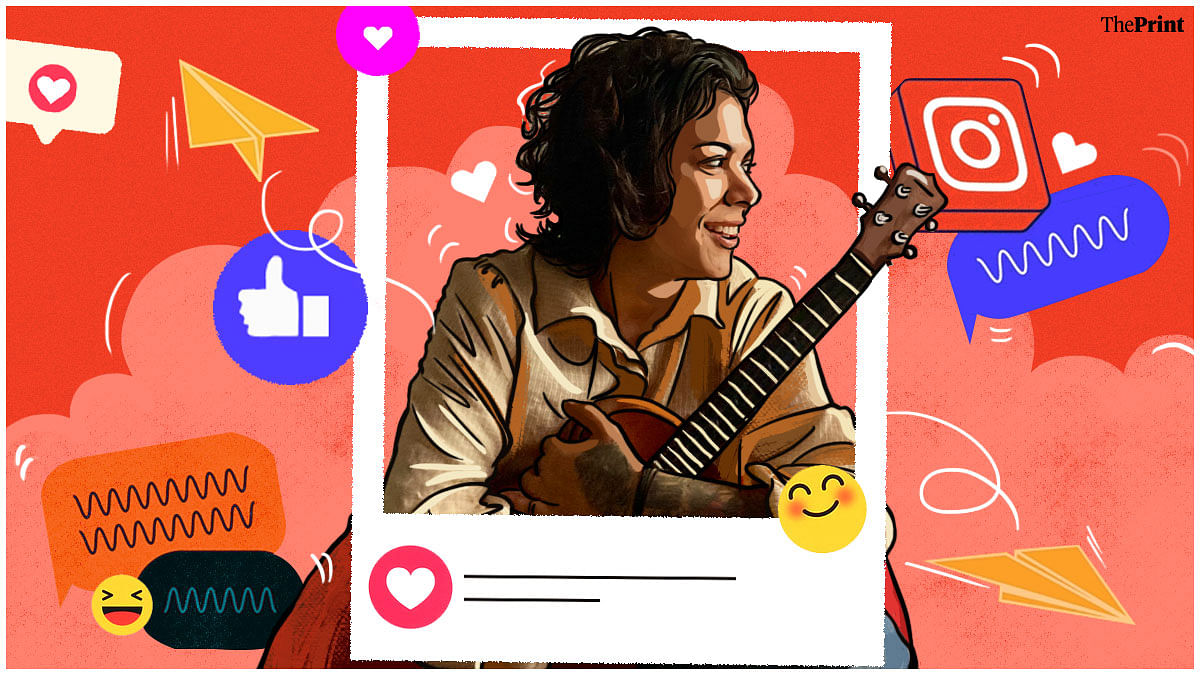 tThe internet became the biggest platform for many new and emerging talents worldwide, especially during the Covid pandemic. Mansa Pandey, a 26-year-old independent music artist in Delhi, India, was out of gigs as the pandemic closed restaurants, pubs and all other avenues for live performance. After that, she decided to sing covers and post videos on her Instagram page. As more people started watching and enjoying her content, she gradually grew into one of the most loved voices on Instagram in India. Her cover of “Tu Jhoom” – a collaboration between Naseebo Lal and Abida Parveen on Coke Studio Season 14 – has over 43 lakh views.

While covers and performances have always been a part of the music industry, it was only in the last decade that they were popularized and revolutionized via platforms like YouTube, TikTok, and Instagram.

The thing with Reels is that once you have a catchy song, thousands will use it for their content. And even if you’ve never heard of Mansa Pandey, you would have listened to her voice if you were on social media.

Mansa Pandey’s journey to fame began when Ehsaan Noorani of the Shankar-Ehsaan-Loy trio put together a playlist of artists he encountered on his Instagram live sessions during the lockdown. In an interview with The Rolling Stones, he said: ‘There is a girl called Mansa and she is from Nainital. I’d never heard of her and she was apparently about to stop doing her music and stuff like that.”

When Noorani asked her to sing during an Instagram Live session, he was stunned. The event marked the beginning of a new journey for Pandey, who says she would always remember it as an important moment as she started singing covers on it regularly.

It was in 2011 when Pandey’s professional life started. She left Nainital, her hometown, and went to Delhi to pursue a career in music. She says, “I started learning classical Hindustani music and performing on weekends.” The first few months of doing live performances went well for her as there weren’t many artists that would be performing live. The trend had yet to accelerate in popular circles. The scenario changed quite quickly – social media contributed greatly to the upswing as people and artists started sharing story updates, live broadcasts and popularity skyrocketed. Starting with Snapchat, the enthusiasm trickled down to Facebook, Instagram, and WhatsApp, reaching a wider audience than ever before. It led to the emergence of more artists willing to test the mic, despite only getting a quarter of the standard fee.

“I had to do 4 to 5 gigs a week to support myself. After Instagram, I’ll get better gigs,” says Pandey. Covers may make you big on social media, but there’s got to be more than that if you want to support yourself in the industry. “You can get opportunities based on your covers, but after that it’s it’s up to you where you go,” she adds. And some have capitalized on that opportunity, transforming humble beginnings into a global presence.

Also read: Urfi Javed is Rakhi Sawant 2.0 of street fashion. She has a lesson for TVs ‘maryada’

One of the most famous Indian singers who gained fame for her covers is Vidya Vox. The YouTuber became famous when her “Poet x Kabira” — a mashup of the song by The Chainsmokers and the Yeh Jawaani Hai Deewani (2013) classic – became popular on multiple platforms. The other, a more recent one, is “Melt in my touch”, an original single from the artist.

In February, when the song “Pasoori” from the Coke Studio season 14 took third place on Spotify’s Viral 50 list, Pakistani singers Shae Gill and Ali Sethi became household names. Gill, a 23-year-old recording artist, became extremely popular for her covers on Instagram. Today, “Pasoori” has over 100 million views on YouTube. The song is now being actively recreated as covers and reverb versions in India and has become an Instagram favorite.

Just like in the 2017 movie Secret Superstar, internet can be the leveling up when it comes to equal opportunities. “I know people near my hometown, villages and smaller places who can get their music out thanks to social media platforms and work,” says Mansa Pandey.

Ehsaan says, “I realized there are a lot of singers and musicians who want to showcase their talent.” What better space than the internet? Not everyone has the means to make the journey to ‘dream’ cities like Mumbai or Delhi and meet music producers and show their music. The internet gives everyone the opportunity to get in touch with not only composers, but also the public.

Music knows no boundaries and neither does the internet. The ubiquitous quality of the Internet allows local music to travel around the globe and global trends can also penetrate remote corners. “Because of how viral my ‘Toe Jhoom’ coverage, I even got offers from Pakistan – at least 29 of them, to perform live,” says Pandey.

However, the current generation is not limited to just singing – they write their own songs and create their own music. “Now I see women learning music production. Even five years ago, only a handful of women were learning to arrange their own music,” adds Pandey.

As the world opens up after vaccination, there are newer opportunities for travel and live performance. Mansa Pandey says: “A true musician is not blind to political, geographical boundaries. But at the same time, it doesn’t stop their journey of learning and spreading music.” She also wants to write her own lyrics, make music and travel the world with them.