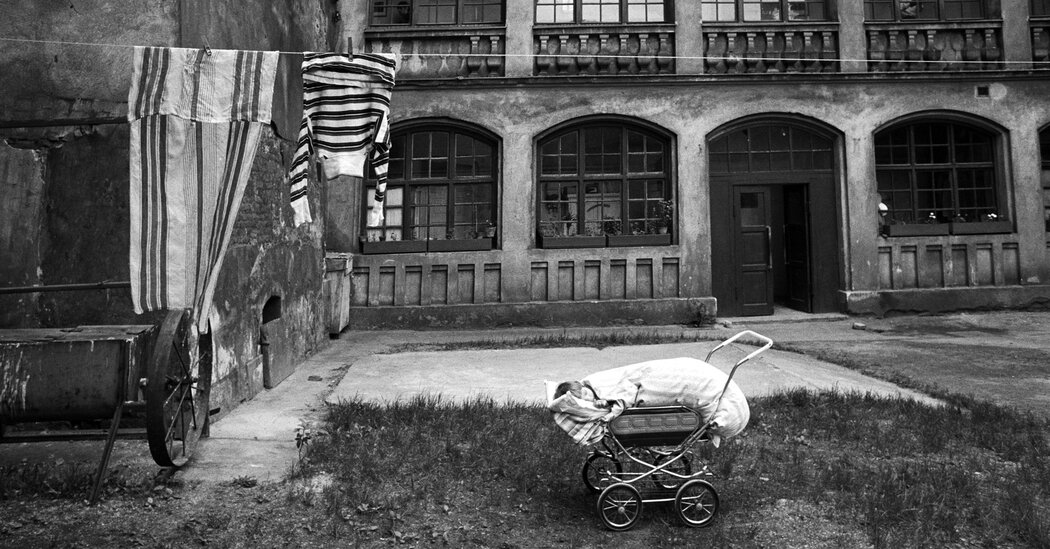 In 1977, photojournalist Arthur Close arrived at Berlin’s Tempelhof Airport to capture “life behind the Iron Curtain” for Time and Newsweek. The black and white images, collected over 12 years, were collected in COMMUNISM(S): A COLD WAR ALBUM (Damiani, $60) reflect just that: the everyday lives of citizens, young and old, rich and poor, proud and powerless, against the literally drab backgrounds of Poland, the Soviet Union, Romania, East Germany and Yugoslavia.

Close, one of the few Western cameramen to grant access to these lands during this time, had to face the reality that the lens went both ways: “I quickly learned that often while observing what lay ahead, someone from state security was watching me.” Under the veneer of the officially sanctioned “Potemkin villages,” Close captured a spectrum of psychological reactions to the Marxist-Leninist pact — summarized in an introduction by Time’s former Eastern European bureau chief, Richard Hornik, as follows: “We will provide jobs , food, housing, education, medical care and a little entertainment. You remain silent.”

In these images, almost all previously unpublished – of weddings and posters of fallen dictators, of churchgoers in Moscow and contestants in beauty contests in Warsaw, of boys playing ping-pong in a public square in East Berlin and of so many teenagers doing ordinary teenage things – we see memories of “what autocracy looked like then,” writes Close, “and might look like again.”

In December 1981, President Wojciech Jaruzelski of Poland declared martial law, arrested thousands, cut telephone and telegraph lines and imposed a six-day work week and a strict curfew. In the photo above, taken during one of the many peaceful demonstrations against these conditions – to which the junta responded with tear gas, police weapons and water cannons – protesters in Warsaw are making the “V” sign to symbolize resistance.

A line in Warsaw’s supermarket reflects the “discouraging economic troubles” the country faced in 1982, Hornik said. “Everything was scarce – food store windows were lined with pyramids of empty tea boxes. But shoppers, who stood in long lines to buy practically everything, didn’t understand the link between prices and supply and demand. Why should they? propaganda also denied that link.”

A farmer rests his horses in a field near his home in Transylvania, Romania, in 1977. For many citizens in these countries, especially after the devastation of World War II, the Marxist pact was “reluctantly accepted,” Hornik writes. “To this day there are people in the former Soviet bloc who long for the good old bad days when everyone had a job and a house and free medical care.”

Teenage boys hang out in Moscow’s Red Square in 1977, looking at young women and trying to look cool.

Doctors stand by during the annual May Day parade in East Berlin, honoring the international workers’ movement, in 1977.

A teenager waits at a bus stop in Sarajevo, Bosnia, at a poster of dictator Josip Broz Tito in 1983.