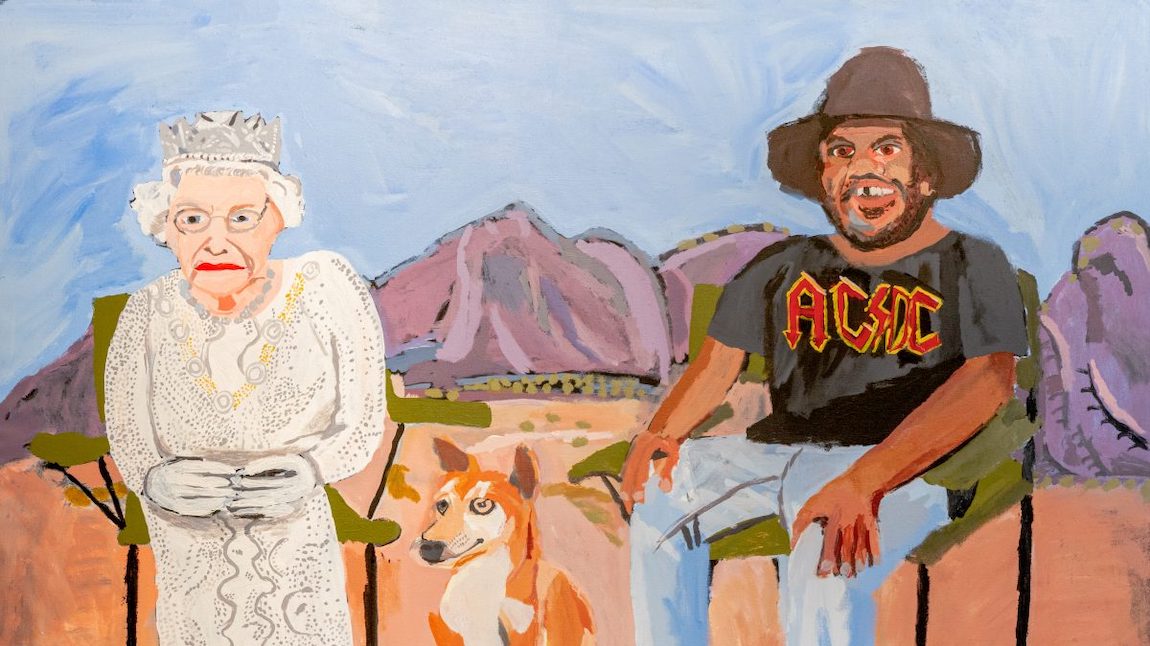 The dog days of summer are fast approaching and New York’s art spaces offer a welcome respite. As we go through a prolonged heat wave, some exhibits embrace the city’s informal serenity in late summer, while others remind us to stay focused on the political challenges ahead. Our August highlights include digs into feminist surrealism, retrospectives devoted to underground legends, and contemporary perspectives on print media. Stay cool out there, everyone.

Portia Munson’s Latest Solo Show on PPOW is a delicious smorgasbord from high-femme ephemera. Installations, sculptures and drawings explore the artist’s preoccupation with kinks, introversion, nihilism and romanticism. Infused with white and bright pink hues, Munson’s angels are bound not only by rope, but by a deep desire to create a heaven of their own making.

At CUE Art Foundation, three Latin American artists explore the meaning of currency in Chile, Venezuela and Puerto Rico. Tropical fruit appears tied up, while bank vaults radiate warm neon from behind cold steel doors. Rather than depicting an exchange for goods, Gatica, Parisca and Torres-Ferrer depict money as inherently ideological and extractive, showing how exploitation is always present, even when it is undetectable.

The latest group show at Mrs. wants to confront our surreal reality. Referring to Frida Kahlo’s 1935 painting of the same name, A few small sips focuses on the achievements of femininity, from the subtle disguises women wear to the social construction of female gender identity. Based on mid-century surrealism, more than 20 artists explore the internal and external pressures placed upon them – from beauty branding to political violence and religious fundamentalism – to re-imagine femininity as a realm where anything is possible.

When: until August 21
Where: Miriam Gallery (319 Bedford Avenue, Williamsburg, Brooklyn)

In recent years, art book criticism has shifted towards analyzes of the physical object itself. From photo monographs to chapbooks and zines, print has become an auxiliary format for the ideas presented in it, leading artists to experiment with physical distribution. Miriam Gallery’s new group exhibition visualizes this critique in a series of contemporary artist-created books, showing how online and social media have influenced perspectives around self-promotion.

For Azikiwe Mohammed, the past two years have proven the limits of working for change from within the system. In his compelling new exhibition, the mixed-media artist creates space for people of color to exist autonomously. Beautiful paintings on wooden planks appear on the walls and are folded into standing human forms in Anna Zorina Gallery, with LED fixtures illuminating their technicolor palettes. Dreamy and challenging, Forever is twice as long from the ground wants to radicalize rather than lead to despair.

Fort Gansevoort’s latest group exhibition brings together three artists from Iwantja Arts, one of 11 indigenous Aboriginal art centers on the land of Anangu Pitjantjatjara Yankunytjatjara. After their online exhibition last year, Namatjira, Whiskey and Yatangki mix brightly colored Indulkana symbolism with British and American iconography, alluding to Western influences in Australia and the joys of spoofing the oppressor.

When: until August 12
Where: Lyles & King (21 Catherine Street, Lower East Side, Manhattan)

Climate change is not a monolithic disaster. As we have seen, the effects manifest themselves in myriad ways at different times around the world. As such, Lyles & King’s diverse group show offers some concrete examples, blending ecology with horror. Broken, dead trees impale bodily shapes as dark, polluted canyons fester on the gallery walls. Curated by Geena Brown and Lauren Guilford from over 20 mixed-media artists, The story that tells their terror stresses that the symptoms of our self-inflicted apocalypse are already apparent, and that art can help us interpret the signs.

Zoë Buckman and Vanessa German are all too familiar with the mainstream media’s disdain for non-white and queer people. As such, their latest exhibition at the MOTHER Gallery outpost is an examination of political resilience. Playing on racist stereotypes, German’s sculptures and paintings depict black women in pages of the US Constitution, complementing Buckman’s meditative and propagandistic tapestries. Focusing on oppression within the imperial core, the artists lay common ground in collective forms of refusal and survival.

When: until December 31
Where: Asia Society Museum (725 Park Avenue, Upper East Side, Manhattan)

Asia Society’s latest group exhibition explores an emerging generation of artists who have come of age during the liberalization of the Chinese economy. Unlike their predecessors, these seven young conceptualists go beyond traditional Chinese motives to criticize the rapid changes they have experienced in their lives so far. Sculptures, video installations and photographic works confront the infiltration of Western companies as they brood over queerness and censorship, revealing forms of self-reflection that evade concrete definition.

When: until March 4, 2023
Where: New York Public Library for the Performing Arts (40 Lincoln Center Plaza, Upper West Side, Manhattan)

Lou Reed died in 2013, but archivists are still studying the mark he left on New York’s counterculture. The late art rock icon will receive his first-ever retrospective at the New York Public Library, along with the release of rare tracks (including particularly beautiful 1965 demos of “I’m Waiting for the Man” and “Heroin”). Archive footage from the Velvet Underground years is showcased with rarely seen photographs and sound art installations featuring his most controversial recordings, illustrating how his work continues to provoke artists today.

When: until September 4
Where: Bronx Museum of the Arts (1040 Grand Concourse, The Bronx)

Jamel Shabazz is one of the most iconic street photographers New York City has ever known. A lifelong Brooklyn resident, Shabazz has captured the innocence and joy of the neighborhood’s black communities since the 1980s, creating portraits that continue to resonate with their candid charm. His latest retrospective at the Bronx Museum is one of the largest collections of his photographs on display and gives a little healing to a sweltering summer.